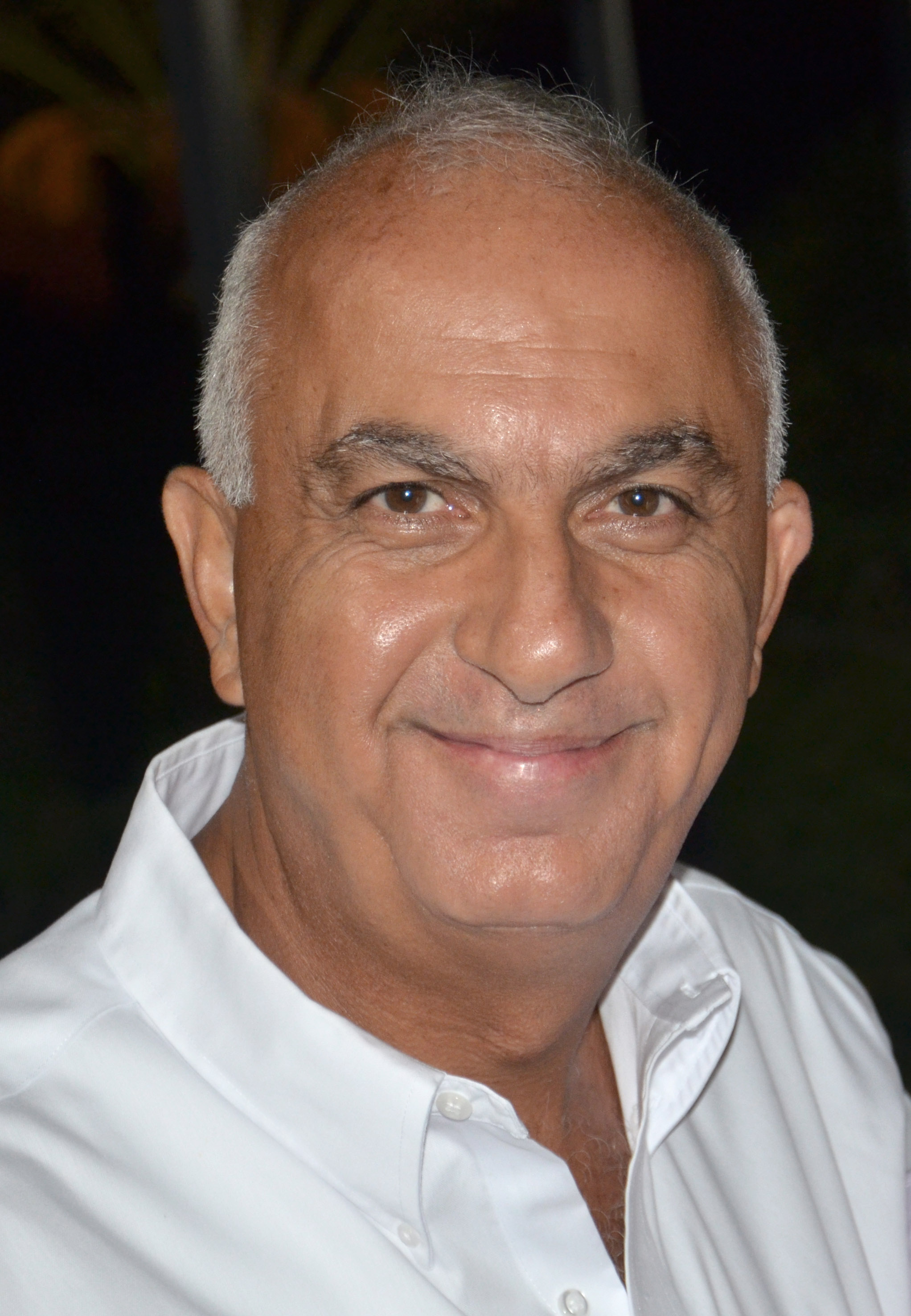 A Lebanese-owned agri-business that set up shop in Egypt in the 1980s, Wadi Group, is a firm that is determined to skirt the country’s prolonged economic challenges through a set of creative projects and determination. Following its recent launch of the ambitious Nile Stevedoring and Storage Company, the firm is committed to a number of similar investments in Egypt and elsewhere.

The Daily News Egypt got to speak to Tony Freiji, chief executive officer of Wadi Group, last month, to stand on the company’s vision and plans for the remainder of this year and next. We also got the opportunity to talk to Ramzi Nasrallah, the firm’s vice president and chief financial officer, to know more of the financial aspect of the firm.

Please tell us a little bit about the operations and products of Wadi Group.

Wadi Group is a company that was established back in 1984. Poultry is our bread and butter since we started business in 1957. We expanded from Lebanon to Jordan, Syria and Saudi Arabia before dropping anchor in Egypt.

Poultry is a business that allows you to integrate vertically and horizontally. So we have grown into the poultry business from breeders to hatcheries to grandparents, and then we integrated into large feed mills, which we are leaders of in the Egyptian market.  We integrated into agriculture and are the largest producer of olives and olive oil in the country. We have about 600,000 trees for production.

In food processing, we process olive oil, fava beans and tomato paste. We produce fresh vegetables like green beans and bell peppers and we export grapes, both form juice production and table grapes. We integrated further in the feed business, through establishing Nile Storage and Stevedoring Company, which is specialised in handling grain, from ship to consumer. This allows us the consolidation of resources that will help both our feed milling business and oil crushing business, where we import soya seeds, crush it to produce soya oil for human consumers, and soya meal, which is the main source of protein in animal feed.

Further on, the company diversified into glass production, to serve the food sector. So, in this company, we are the main producers of jars and bottles. We are also in the business of environmental cooling business, to serve both the greenhouse and the animal cooling industry.

Wadi employs about 4,600 employees today. We are highly automated. We are a young company. We have staff that has been with us for 27 or 28 years, but we also have a lot of young talents whom we cherish a lot.

Which countries are you currently focused within?

Tony Freiji: Lebanon, Egypt, Sudan and recently, we have invested in Turkey, and we’re looking into expanding our investments to Africa.

Can you share the time frame for Africa expansions and the precise countries Wadi is targeting?
Tony Freiji: We are looking to be present in Africa by late 2014. Our Wadi investment in Sudan was a good example to imitate, with certain variations of course. But we are very happy to support our investments in Egypt through our investments further into Africa. We are looking seriously into the three markets of Ethiopia, Kenya and Angola.

Would you like to share the size of investments that Wadi plans to launch in these countries?

Tony Freiji: We can discuss that later.

Have your investments in Sudan been affected by recent political instability?

Tony Freiji: Our investments in Sudan have been very safe and solid. We have injected in Sudan, so far, a little over $50m of investments. It’s a huge operation which we’re still building on it. We feel that we contribute very well to the Sudanese market.

In developing countries, I’m a firm believer that it is the producer who leads the market and not the consumer, because if you don’t have a product available, you don’t have consumption. This is what we specialise in. When we went to Sudan, the price of poultry was three times more the price of red meat. Today, red meat is three times the price of poultry. We created the product and made it available, and therefore, we created consumption and made it cheaper.

In 2010, it was announced that the company will be pumping around $2bn in Egypt in the following five years. How much of that amount was spent?

Tony Freiji: We are a little bit behind schedule because of the revolution. Some of our projects have been delayed in Egypt, but we went through with the rest. One of such projects is the mono-calcium phosphate plant, which I hope will be launched by January.

Another completed project is the Nile Stevedoring and Storage Company, which was completed on time. Other projects are still in the pipeline. Yes, they have been delayed slightly [and have been subject to] other logistics issues.

Have you been facing any difficulties in receiving funding for your projects in the past several years?

Tony Freiji: Not at all. The company is very solid financially. It’s very solid in its asset base and management. Our relationships with most, if not all, the lending institutions are excellent. The International Finance Corporation, a member of the World Bank group, and PROPARCO top the list. These are our two main serious financing institutions. This is in addition to several leading banks in this country, on top of which is the Commercial International Bank.

What about profits: What are your expectations for end-of-year results?

Tony Freiji: We’re looking at a consistent increase of about 15% to 20% in our revenues every year. This has been our target since 1984. The year 2011 was a tough year, due to the revolution, but we’re bouncing back again.

So in terms of investments, Wadi is currently present in Egypt, Sudan, Turkey and Lebanon. Correct?

Tony Freiji: Yes. We had operations in Syria and Saudi Arabia but have pulled out of there. We also have a very small operation in Jordan.

What markets are you exporting to at the current time and which ones do you plan on tapping into during the next several years?

Tony Freiji: It depends on the product. For example in cooling, “tabreed,” we export to the Mediterranean basin, Gulf countries and Africa. As for glass, we export to Africa, Europe, the Middle East and the Mediterranean basin. Regarding Wadi Food, we export anywhere, to Australia and the United States of America, extensively. In these businesses, we aim for a target of 50% of sales to be from exports. Food, tabreed and glass are all export-oriented businesses.

Unfortunately, we cannot export poultry because the country is influenza positive. We have lost all our export market in that sector since 2006. It will not be regained until we get rid of influenza, which is not something we expect in the near future.

The company is not listed on any bourse. Does it plan to take that step soon?

Tony Freiji: There are no immediate plans to make company shares public, not before three years.

Is the company in talks to take any loans for any expansions or projects?

Tony Freiji: We are always in talks. Financing is an ongoing process as we open and complete projects.

And are there projects which you plan to launch soon?

What about your fish business?

Tony Freiji: We have Wadi Fish, for which we are done with trial years and we are growing this business exponentially. We are looking at a production of nothing less than 200 tonnes of sea bass next year. We are focusing mainly on high value fish both for local production and for export, so we’re focusing mainly on sea bream and sea bass at this point in time. We’re expecting exports to start in 2014 and will mainly target Europe.

How are you viewing the current economic and investment environment in Egypt, and how much willingness do you see from the government in terms of facilitating whatever challenges you have been facing so far?

Tony Freiji: There is. There is a lot of room for improvement.

What is Wadi Group’s targeted profit for the current year? How much of an increase is expected in net revenues?

Ramzi Nasrallah: Last year’s gross revenue from sales for the group was $260m. In 2013, we are targeting $320m, which is an increase of about 20%. This increase will be the result of a combination of different things. Part of it will be from more volume sold in some products; the other part is introducing new products, for instance in the food business, we introduced fava beans. We will also launch new businesses, such as the NSSC, which contributes to revenues starting July.

We also have expansions. Our business in Sudan, for instance, has doubled its revenues in 2013, compared to 2012. Therefore, it’s a combination of many things.

What about your targeted investments in Egypt for the next five years?

Ramzi Nasrallah: We are aiming for [investing] between EGP 1.8bn to 2bn in the next five years. This is separate from the plan we set in 2010, some of which is already in the pipeline. We, naturally, revise our investment plan on a yearly basis in light of the situation [at the time] and we make changes. So, for the coming five years, we have a plan to invest about EGP 2bn. Usually, we target that 50% of that amount to come from commercial banks and the remaining 50% from new injected capital, or retained earnings from existing projects.

Of the EGP 2bn that was projected as investments for the past five years, how much of it was spent?

Ramzi Nasrallah: Quite a bit. I would have to go back to my notes, but I would say about 35% to 40% was spent already. Starting next year and up to 2018, we will be spending another EGP 2bn on a set of new projects, as well as completing ones that are currently constructed. So for instance, the NSSC started operating now; in the next five years, we will work on phase two of that project.

There have been delays to some of our projects. This includes the relocation of all our breeder and poultry operations to Luxor. We have the land and know where we want the project to be. It is a matter of getting the required approvals, which has not been realised till now. That’s one investment that is still in the pipeline, one that we could not complete because of the procedural side; also land issues are quite a touchy subject lately, for the past two, three years. Authorities have not been willing to make a decision in that respect. So, that project has been rescheduled for implementation within the next five years.

How big are Wadi Group’s assets?

Ramzi Nasrallah: The total consolidated book value of assets invested by the Wadi Group as of June 2013 is EGP 2.35bn.