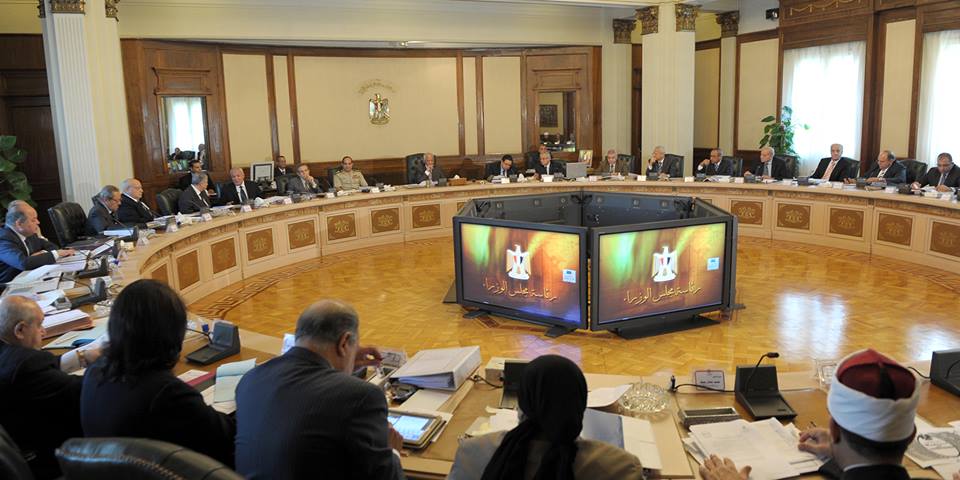 While announcing the ouster of former President Mohamed Morsi, General Commander of the Armed Forces Abdel Fattah Al-Sisi promptly announced a “roadmap” that the state was to commit to after Morsi’s departure. Al-Sisi also announced the suspension of the 2012 constitution.

A week later, interim President Adly Mansour issued a constitutional declaration to govern the state in the absence of the constitution. In that declaration, the abovementioned “roadmap” was more clearly outlined.

A 10-member Legal Experts Committee would be formed within 15 days to “propose” amendments to the 2012 constitution. The committee was established on 17 July. It included two representatives of ordinary courts, two from the Supreme Constitutional Court, two State Council representatives and four law university professors specialised in constitutional affairs. The committee had 30 days to finish its proposed amendments and submit them.

Taking over the constitution-drafting protest would be a Constituent Assembly comprising of 50 members who represent “all society’s categories and sects, especially political parties, intellectuals, workers, farmers, union members, national councils, Al-Azhar institution, churches, the armed forces, the police and public figures,” according to the constitutional declaration. Members were to be nominated by the bodies they represent and appointed by the president.

The Constituent Assembly was formed on 1 September and granted 60 days to finish its draft of the constitution. Assembly spokesman Mohamed Salmawy said the assembly would be done with the constitution on 3 December. He stated that in the assembly’s bylaws, the “60 days” term was interpreted as 60 working days.

The assembly’s job involves drafting amendments to the constitution while relying on guidance from the amendments proposed by the Legal Experts’ Committee. On 2 November, Salmawy announced that the assembly had preliminarily passed almost one quarter of the constitution.

The Constituent Assembly is currently drafting a transitional elections law to govern the coming parliamentary elections that expire afterwards.

Within a week after the parliament’s first session, calls for presidential elections should be made, with elections to be governed by the Supreme Electoral Committee.

On Friday, Foreign Minister Nabil Fahmy told Reuters that the parliamentary elections would be held “between February and March”, while the presidential elections would take place in “early summer”.

Despite the existence of the roadmap, several domestic and international players had doubts regarding whether it would be successfully seen through. International actors were mainly concerned over whether what Egypt had experienced was a military coup.

The African Union’s Peace and Security Council suspended Egypt’s activities on 5 July. The Council said the way Morsi was removed from power “falls under the definition of an unconstitutional change of government.”

Several roadblocks faced the interim government, most notably the large opposition staged by Morsi’s supporters. Pro-Morsi protesters set up two encampments in Greater Cairo; one in Al-Nahda Square in Giza and the other in Rabaa Al-Adaweya intersection in Cairo. Protesters were calling for the return of “legitimacy”, represented in Morsi and his administration.

Several rival demonstrations were called for; both Morsi supporters and army supporters participated. Meanwhile, calls on Morsi protesters to disperse their sit-ins were unanswered. On 14 November, the two sit-ins were forcibly dispersed, unleashing a counter wave of violence nationwide mainly targeting security institutions and churches. Prime Minister Hazem El-Beblawi told private-owned Al-Masry Al-Youm in an interview in September that he believed almost 1,000 people died as a result of the dispersal.

Mansour announced a month-long state of emergency and a 7pm curfew on that day. The new “exceptional” measures taken restored fears that the democratic path Egypt’s roadmap was supposed to lead it through had not been paved after all.

The European Union’s Foreign Affairs Council decided on 21 August to revoke all export licenses to any equipment which could be “used for internal repression” in Egypt. European foreign ministers also decided to review the EU assistance to Egypt.

On 9 October, the United States State Department announced it would halt the delivery of large-scale military systems and cash assistance to Egypt’s government pending “credible progress toward an inclusive, democratically elected civilian government through free and fair elections.” The decision comes as part of “recalibrating” US aid to Egypt.

Countries gradually began easing the travel warnings, with Holland, Belgium and the Czech Republic removing travel alerts to the regions of Red Sea, South Sinai and North of Aqaba, in late September. Minister of Tourism Hisham Zaazou had said at the end of September that the tourism rate has slumped by 80% since August. He announced that 12 countries have lifted their travel alerts on Egypt.

The Spanish government was the latest to exclude South Sinai resorts from its travel alert on Egypt on Thursday during talks between the foreign ministers of the two countries. The Spanish government also decided to reduce the level of warning to Cairo, Alexandria, Luxor and Aswan, as well as to cities overlooking the Red Sea.

The state of emergency expires on 14 November and the government does not intend to extend it past that date. Further extension would require popular approval through a referendum. The curfew is also scheduled to be lifted on the same date.