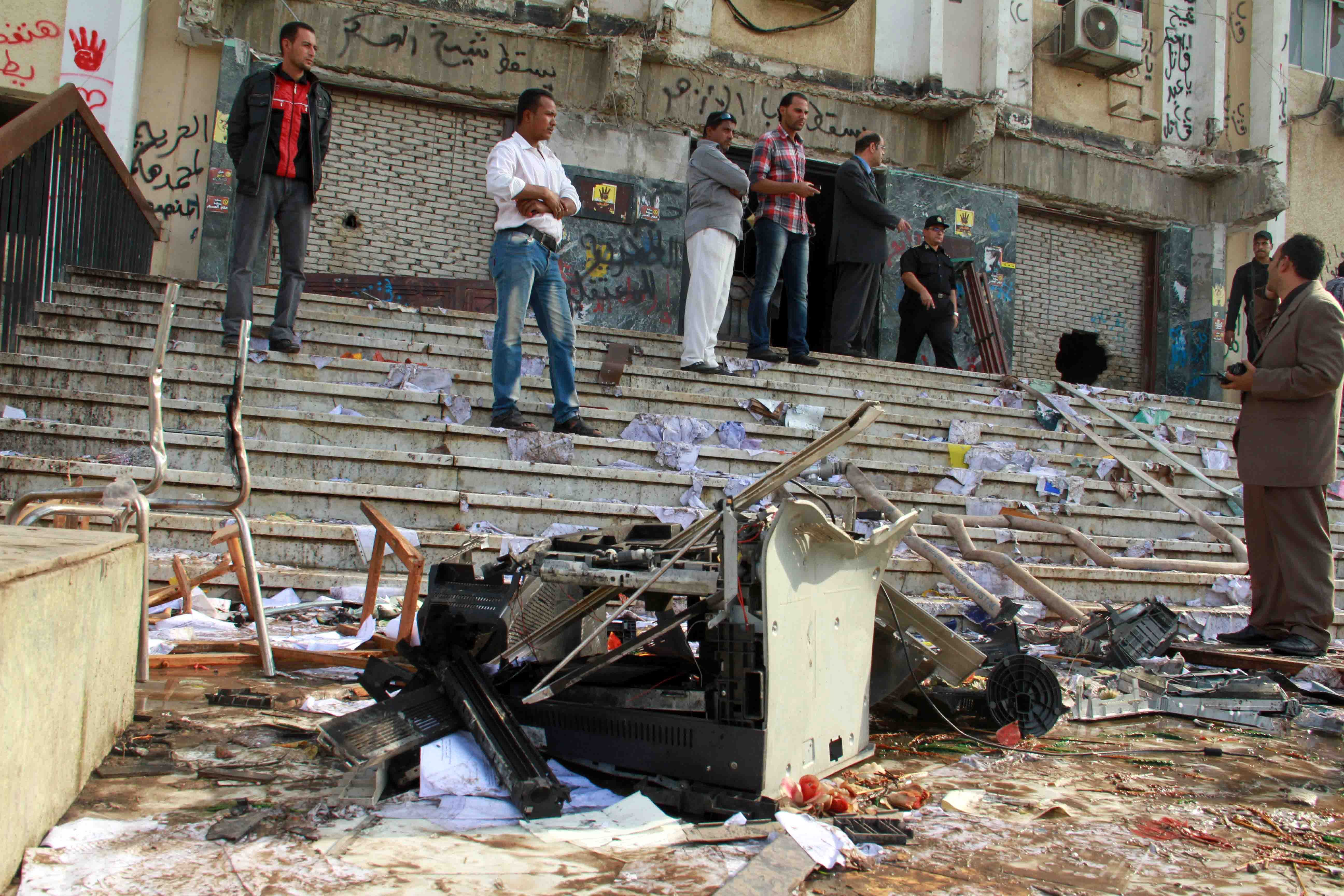 Students in the universities of Port Said and Tanta protested on Sunday against the return of security forces to university campuses.

According to Wessam Al-Bakry, a member of The Way of the Revolution Front and one of the organisers of Al-Jamaa Lana or “The university is ours” campaign, students from several revolutionary groups, including 6 April, The Revolutionary Socialists and Misr Al-Qaweya, comprise the front.

Last October Prime Minister Hazem  El-Beblawi stated in a cabinet press conference that university presidents will have the right to request entry of police forces into campus in cases of “threats to individuals, entities and students”. The precautionary decision came after the Central Security Forces entered the Al-Azhar campus after riots that occurred in the university during a pro-legitimacy protest.

“The campaign will also rally for the anniversary of Mohamed Mahmoud [clashes in 2011],” Al-Bakry added, “We will present the third art exhibition titled ‘Gadaa ya Basha’ [Bravo sir] which will be held parallel to the protests.”

“Gadaa ya Basha” refers to the video of an officer shooting a protester in the eye and being congratulated by one of his subordinates during the 2011 clashes of Mohamed Mahmoud. The officer’s face and identity were revealed by a screen grab of the video; the campaign “Search with the people” was enticed by sprayed graffiti depicting the officer’s face in downtown Cairo.

Last March the Cairo Criminal Court sentenced officer Mahmoud Al-Shennawy to three years in prison in what was known as the “Eye Sniper” case. Prosecutors charged him with intentionally targeting eyes, which lead to the permanent injuries of several protesters.