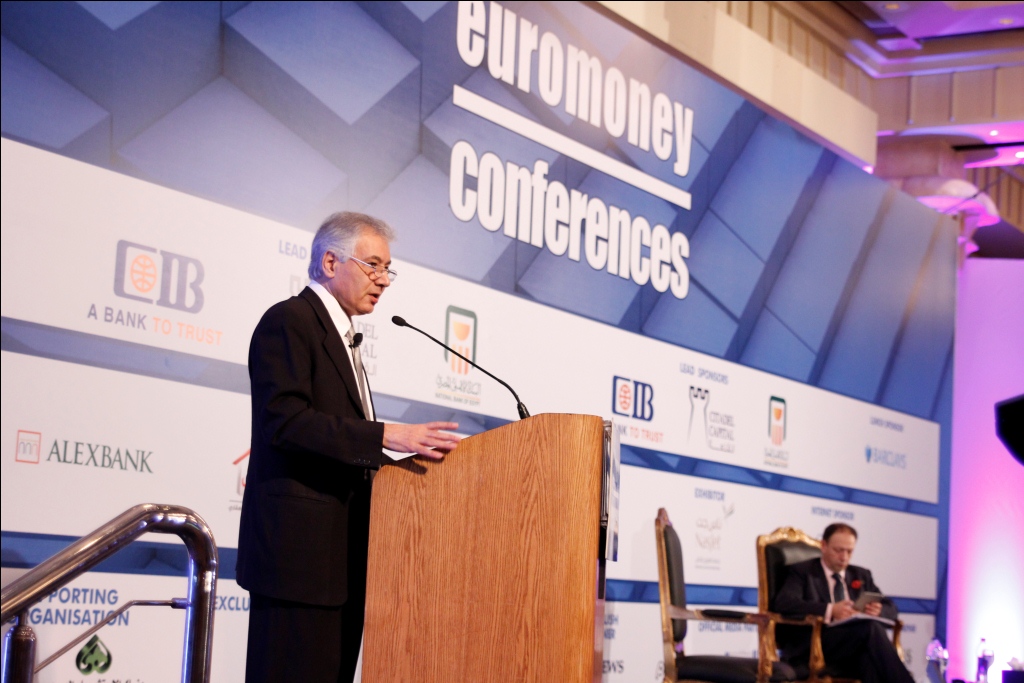 A second economic stimulus plan will be announced by January, Minister of Finance Ahmed Galal has confirmed, while at the same time denying reports circulating over the amount involved.

“The size of the package has not been set yet,” Galal told the Daily News Egypt on the sidelines of the Euromoney Conference 2013, adding that financing, however, is available.

Local media had recently reported that the government plans to follow a currently-executed EGP 29.4bn stimulus package with a second one with a capital of EGP 24bn.

“We trust that we will have another stimulus package for several reasons; the first is that we want to continue with the same [expansionary] policy, the second will be due to the changes in resources as well as the expenditures,” Galal added.

The heavily-indebted government has decided to buck the trend of imposing austerity measures, higher taxes and fewer subsidies, as recommended by the International Monetary Fund, instead forging ahead with a strategy of multiplying spending.

Galal added that changes in resources which were not included in the first package are expected to be taken into consideration in the one that follows.

“Every time we announce a new stimulus plan, we make sure that it is a balanced one which means that we don’t spend something that we don’t have resources for,” Galal said. “This assures that we are following through on the promises we made in regards with the budget deficit.”

The army-backed government said it aims to cut an alarming deficit of 14% of gross domestic product to 10% in the current fiscal year that ends on 30 June.

Commenting on the 10% target, Galal said it “is still very high and a concern” and that its reduction will “be phased out.”

Responding to the origins of the plan’s financing – domestic or foreign, the minister said the funds would be “government money” regardless of the source, adding that it was available.

When asked about the latest development in energy subsidies, the minister said that there are two main stages. The first is the distribution of the smart cards to fight smuggling and assures it goes to the end user.

Describing this as the government’s “biggest challenge,” Galal said that “most of the first phase was finalised and the remaining cycle will be finalized during the upcoming two months.”

The minister added that the second stage, which tackles how the government will deal with the level of subsidies themselves, is handled by the Minister of Petroleum, with a plan currently being prepared for implementation over several years.

Commenting on the criticisms directed at both the pace and effectiveness of the government’s performance, the minister said that security had seen an improvement and that a road map is being executed as planned.

The minister asserted that the black market for currency exchange has been “terminated” and that foreign reserves have increased while the interest rate on government borrowing has decreased from 14.5% to around 11%.

Galal added that several steps have been taken in regards with social justice, saying, “Maybe these changes are not felt in Cairo, but they are definitely noticeable in the rural areas.”

On published reports which estimate that the public debt may exceed 100% of GDP, the minister said that the government is working on reducing the debt to 91% of the national income.

Currently both the domestic and foreign debt represent around 94% of the national income, he added.

Regarding the Sukuk Law, which the Muslim Brotherhood-government had tabled as a key source of securing funding, Galal said his administration has not sidelined the Sharia-compliant debt and is planning “to use Sukuk as an instrument of financing when the time is right.”

In his efforts to attract foreign investors, Galal assured that while several recent reports have downgraded Egypt in terms of competitiveness and investment environment, “they rely on the past, rather than looking into the future. I can assure you that the future will be better.”