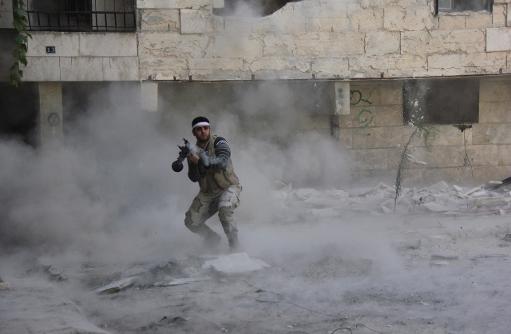 AFP- Syria’s main opposition grouping said Monday it was willing to attend peace talks on the condition that President Bashar al-Assad transfer power and is excluded from any transition process.

In a statement issued after two days of meetings in Istanbul, the key National Coalition said it would take part in mooted peace talks in Geneva “on the basis of the full transfer of power.”

It also stipulated “that Bashar al-Assad and those with the blood of Syrians on their hands have no role in the transitional phase and Syria’s future.”

Speaking shortly afterwards, US Secretary of State John Kerry said any decision by the opposition to take part in talks would be a “big step.”

Syrian opposition figures have long said that Assad should have no role in any political transition process, insisting he must step down.

But the Syrian government, while expressing willingness to attend the proposed Geneva conference, insists that Assad’s departure from power is not up for discussion.

The statement, issued by the Coalition’s General Assembly, also calls for the establishment of humanitarian aid corridors and for the release of prisoners.

“The Coalition also requires that prior to the conference, aid convoys from the Red Cross and Red Crescent and other aid groups be granted continued access to besieged areas,” the statement said.

And it demands “the release of detainees, especially women and children,” without providing additional details.

The international community, led by the United States and Russia, have been seeking for months to convene a Syria peace conference in Geneva.

But proposed dates for the conference have come and gone with no progress towards talks.

And a key Coalition member has threatened to leave the group if the main opposition group attended the talks.