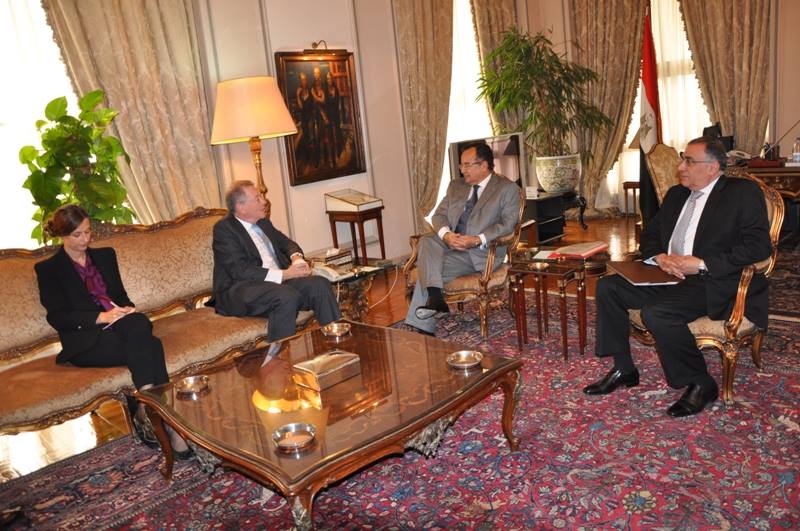 Minister of Foreign Affairs Nabil Fahmy met with the United Nations Special Coordinator for the Middle East Peace Process Robert Serry on Tuesday in Cairo to discuss ongoing peace efforts between Israel and Palestine. The two sides also discussed the issue of Israeli settlement activity in the West Bank and East Jerusalem.

Spokesman for the ministry Badr Abdelatty emphasised the importance of maintaining the schedule of talks between the Palestinians and Israelis, which entails a nine-month deadline, adding that Fahmy told Serry that he hoped that the talks would be “serious” and “conducted within the agreed timeframe.

“Of course the foreign minister [Fahmy] expressed our criticism vis-a-vis the real intentions of the Israelis to conclude a just and comprehensive solution within the agreed timeframe,” said Abdelatty, citing Israeli settlement activity, especially in the Al-Haram Al-Sharif area of Jerusalem. A statement from the Ministry of Foreign Affairs urged the international community to “assume its responsibilities with regard to [settlement activity] in Al-Haram Al-Sharif in accordance with legitimate international decisions.”

The spokesman also reiterated the government’s position of a sovereign Palestinian state according to the 1967 borders and with East Jerusalem as its capital.

During his meeting with Abbas, Al-Sisi affirmed Egypt’s support of the legitimate demands of the Palestinian people and discussed regional developments with the PLO leader.