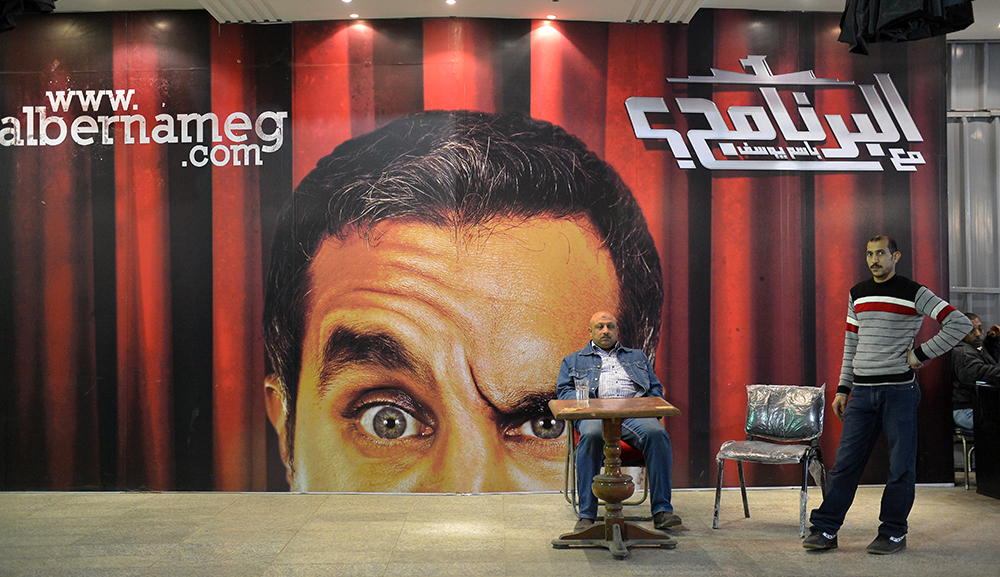 An investigation into accusations against Bassem Youssef, host of the wildly popular satirical television programme “Al-Bernameg,” is going forward.

Mohamed Fathy, spokesman for “Al-Bernameg,” told the Daily News Egypt that neither Youssef nor the show’s production team have been notified of the investigation by the prosecutor’s office.

“We didn’t receive any official documents from the prosecutor.  We just heard [about the investigation] from the news.  We don’t know if it’s a fact,” said Fathy.

On 1 November, before “Al-Bernameg” was supposed to commence the weekly airing of its programme, CBC pulled the show and released a statement saying that “Al-Bernameg” had not abided by the editorial policies of the channel. The channel also said that Youssef and his team had not delivered all the episodes that had been stipulated in his contract for the previous season, leading to the suspension of the programme until legal and financial issues were resolved.

Fathy said that there are currently no plans to resume production of “Al-Bernameg,” and rumours that the show would return either on another channel or on YouTube are unfounded.

Youssef created controversy on the 27 October third season premier of “Al-Bernameg” when he took jabs at the cult of personality surrounding commander of the Armed Forces Abdel-Fattah Al-Sisi, Islamists, and the low profile  interim President Adly Mansour.  The Armed Forces and the presidency have traditionally been red lines in the Egyptian media—topics to be avoided.

Often compared to Jon Stewart of “The Daily Show,” Youssef is no stranger to controversy.  In March, Youssef was summoned by the prosecutor on charges that he defamed now-deposed President Mohamed Morsi, stemming for comments made on “Al-Bernameg.”  Youssef was released on bail and the charges were later dropped.