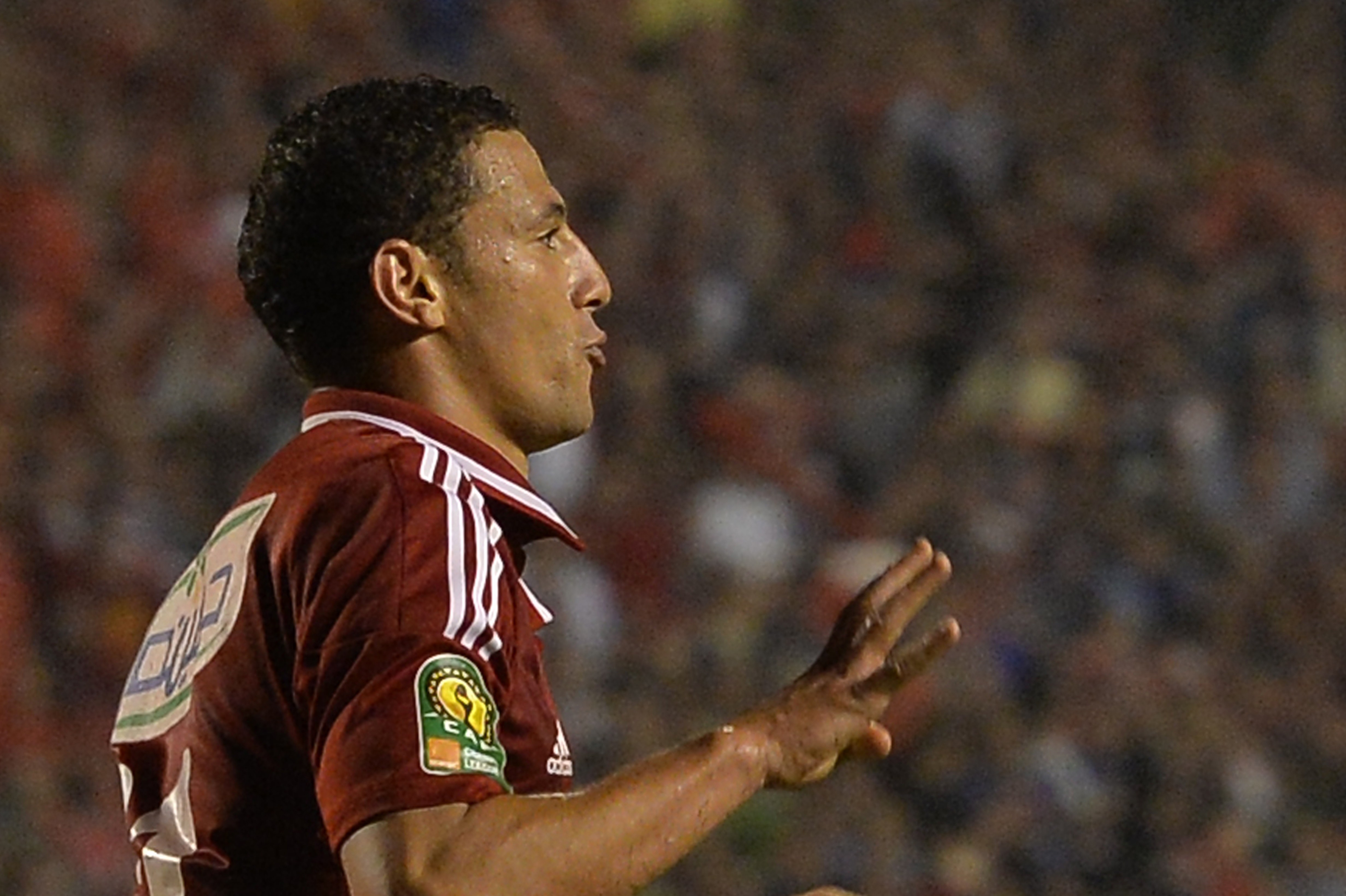 Al-Ahly SC held an emergency board meeting on Tuesday where they decided to suspend the club’s player Ahmed Abdel Zaher, depriving him from participatiing in the Club World Cup to be held in Morocco in December. The player was also listed for sale and will not receive the financial rewards of winning the African Champions League.

A Tuesday statement on the club’s website said that this decision was “due to the club’s rejection of mixing politics with sports” and was “in commitment to FIFA (the global football governing body) laws.”

Football Department Manager Hady Khashaba and Football Director Sayed Abdel Hafiz interrogated the player and submitted the report to the club’s emergency board meeting on Tuesday.

Al-Ahly had previously suspended Abdel Zaher and put his salary on hold, according to a statement on the club’s official website on Monday.

Abdel Zaher scored Al-Ahly’s second goal against the South African Orlando Pirates in the African Champions League final. While celebrating his goal, Abdel Zaher raised the four-finger Rabaa-sign. Al-Ahly won the game 2-0 and claimed the trophy for the eighth time.

Abdel Zaher apologized for his actions. He told sports news website Filgoal.com: “I have thrusted Al-Ahly in a political debate, I shouldn’t have done so and I accept any sanctions imposed on me by the club.”

The football committee in Al-Ahly held its meeting on Monday, headed by the club’s chairman, Hassan Hamdy, and arrived at the decision.

The Egyptian Football Association (FA) also decided in its Monday meeting to refer the player for interrogation, according to a statement issued on its website.

Minister of Sports Taher Abuozeid said in a statement on the ministry’s website that “dissuasive sanctions await the player, by both his club and the football association,” affirming that he is sure that both entities will make “the right decisions”.

Abuozeid clarified that he is waiting for the decisions of the Al-Ahly Club.

The minister’s different responses to the actions of Abdel Zaher and Kung Fu player Mohamed Youssef prompted accusations that he had “double standards”, which he denied in his statement.

Youssef, who claimed the gold medal in the Sports Accord Combat Games competition in St. Petersburg, Russia on 27 October, raised the four-finger Rabaa sign during the medal ceremony. He was referred to interrogation by the ministry, along with the Kung-Fu Federation, on 29 October.

“I’ve waited for the Kung-Fu Federation to take action for one day, when they didn’t, I took a decision to refer the federation and the player to interrogation,” Abuozeid said.

The Kung-Fu Federation decided on Sunday to suspend the player for one year.

Abuozeid said: “In Abdel Zaher’s case, I waited for the same one-day duration to let every side fulfil their responsibilities. The Al-Ahly board took action and referred the player to interrogation,” in a statement given before the Al-Ahly board issued their decision.

Hernandez and Puyol, who are originally from the Spanish Principality of Catalonia, which seeks independence, raised the Catalan flag while celebrating the World Cup victory; the players were not sanctioned to do so.

Saied also made the argument that the Rabaa sign might not be deemed as having a political implication.

However, FIFA has strict rules regarding political signs during football competitions.

The FIFA “2013/14 Rules of the Game” booklet states: “Players must not reveal undergarments showing slogans or advertising. The basic compulsory equipment must not have any political, religious or personal statements.

A similar incident happened in 2008 when prominent Egyptian footballer Mohamed Abuotrika flashed an undershirt with the text “Sympathise with Gaza” written on it after he scored a goal against Sudan in the that year’s African Cup of Nations amid the January 2008 conflict between Gaza’s Hamas and the Israeli Defence Force. Abuotrika had received booking from the game’s referee, a warning from CAF, the competition’s governing body, for showing off a “political message during a football game.” The Egyptian FA did not take any action against Abuotrika.