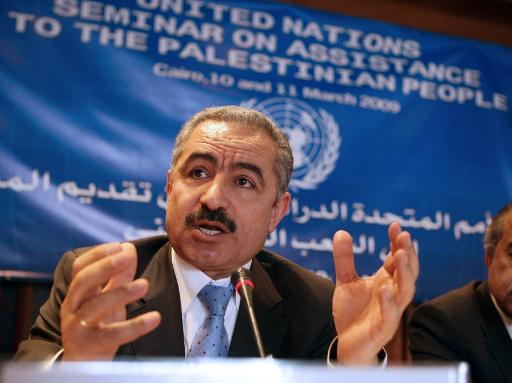 AFP – The entire team of Palestinian peace negotiators has resigned to protest continued Israeli settlement building, two of them said Wednesday, but president Mahmud Abbas has yet to accept their resignations.

Negotiator Mohammed Shtayyeh told AFP the move was in response to “increasing settlement building (by Israel) and the absence of any hope of achieving results.”

“Until now, president Abbas has not accepted our resignation,” he added.

Shtayyeh held Israel “completely responsible for the failure of negotiations, because of the continuation and escalation of settlement building.”

Another negotiator, speaking on condition of anonymity, confirmed the resignations.

“Abbas has a number of choices here — he can refuse or accept and form a new delegation, or demand a new negotiations mechanism,” he said, referring to the possibility of indirect talks through a US team.

Following mediation by Washington, direct talks resumed in July after a three-year hiatus that was due primarily to Palestinian refusal to talk while settlement expansion continued.

Since, then Israel has announced plans to build thousands of new settler homes in the occupied West Bank — territory the Palestinians want for their future state under any peace deal.

Late on Tuesday, Prime Minister Benjamin Netanyahu ordered cancellation of plans to build 20,000 more homes in the West Bank, hours after their announcement sparked US and Palestinian criticism.

Abbas had warned that he would declare the peace process over if they went ahead.

He told Egyptian TV channel CBC late on Tuesday that the negotiators had presented their resignations, but that he had not yet accepted them.