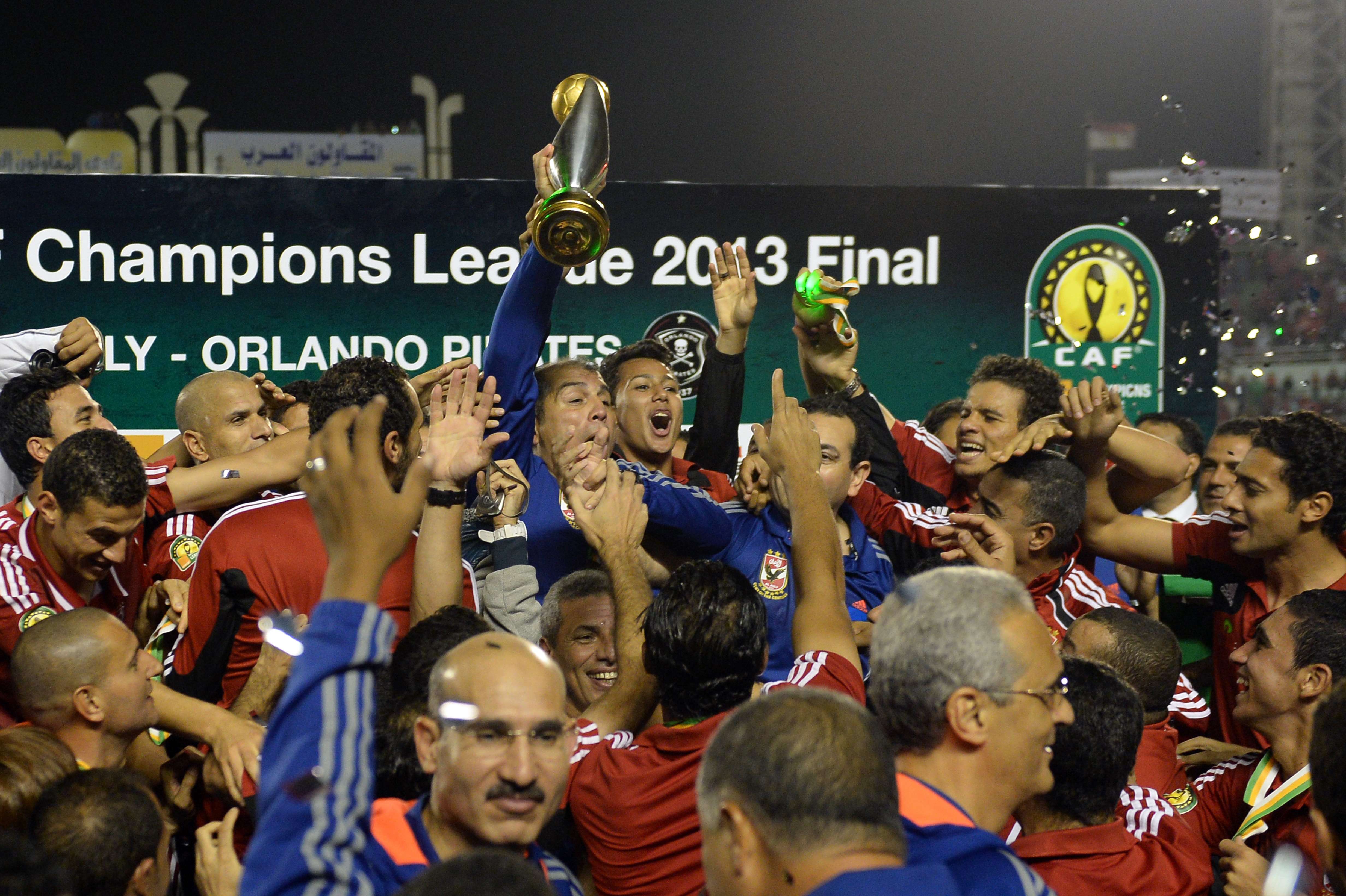 Despite the past year’s suspension of professional football activity in the country, Egypt’s Al-Ahly managed to beat the Orlando Pirates at the Arab Contractors stadium on Sunday to clinch their record 8th CAF Champions League title.

The match played to a sold out and the crowd consisted mainly of Ultras Ahlawy.

The Red Devils defeated the Pirates, also known as “the bucs” in the two-legged final 3-1 on aggregate. Abu Trika scored Ahly’s goal in the first leg in South Africa with Matlaba equalising.

In the second leg, the goals were scored by striker Ahmad Abdel Zaher veteran Mohamed Abu Treika who announced his retirement following the upcoming FIFA Club World Cup is set to play at the FIFA club world cup in Morocco from the 11 to 21 December.

Abu Trika scored in the 54th minute after Abduallah al Saeed attempted a shot at the goal outside the 18-yard zone only to be deflected by an Orlando defender. The veteran midfielder calmly placed the ball on the left-hand side of the goal, sending the crowd into frenzy.

Abdel Zaher hit net in the 84th minute after a cross from substitute Shedid-Kenawy found Abduallah Al Saeed who passed it to Ahmad Fathi. Fathi then passed a fast ball from outside the box into the six-yard zone, where Abdel-Zaher was stationed. The first touch was sufficient for the second goal, and Ahly’s 8th title.

In the 63rd minute The Bucs had the chance to complicate the match when Manyisa passed the ball to striker Bacela, who dribbled past goalkeeper Ekrami only to shoot the ball wide, missing the chance to equalise the score.

In the 82nd minute Sherif Abdul Fadil was sent off after a violent clash with Daine Klate earned him his second yellow.

The match was full of controversy after Abdel Zaher raised the four-finger Rabaa-sign while celebrating the second goal and Abu-Trika refused to take the podium and receive his medal from Minister of Sports Taher Abuozeid. He has since been censured. Abdel Zaher, meanwhile, was suspended with his salary put on hold, according to a statement on the club’s official website on Monday. Uncertainty over Abu-Trika’s political affiliation caused a media campaign against him, accusing him of supporting the Muslim Brotherhood.