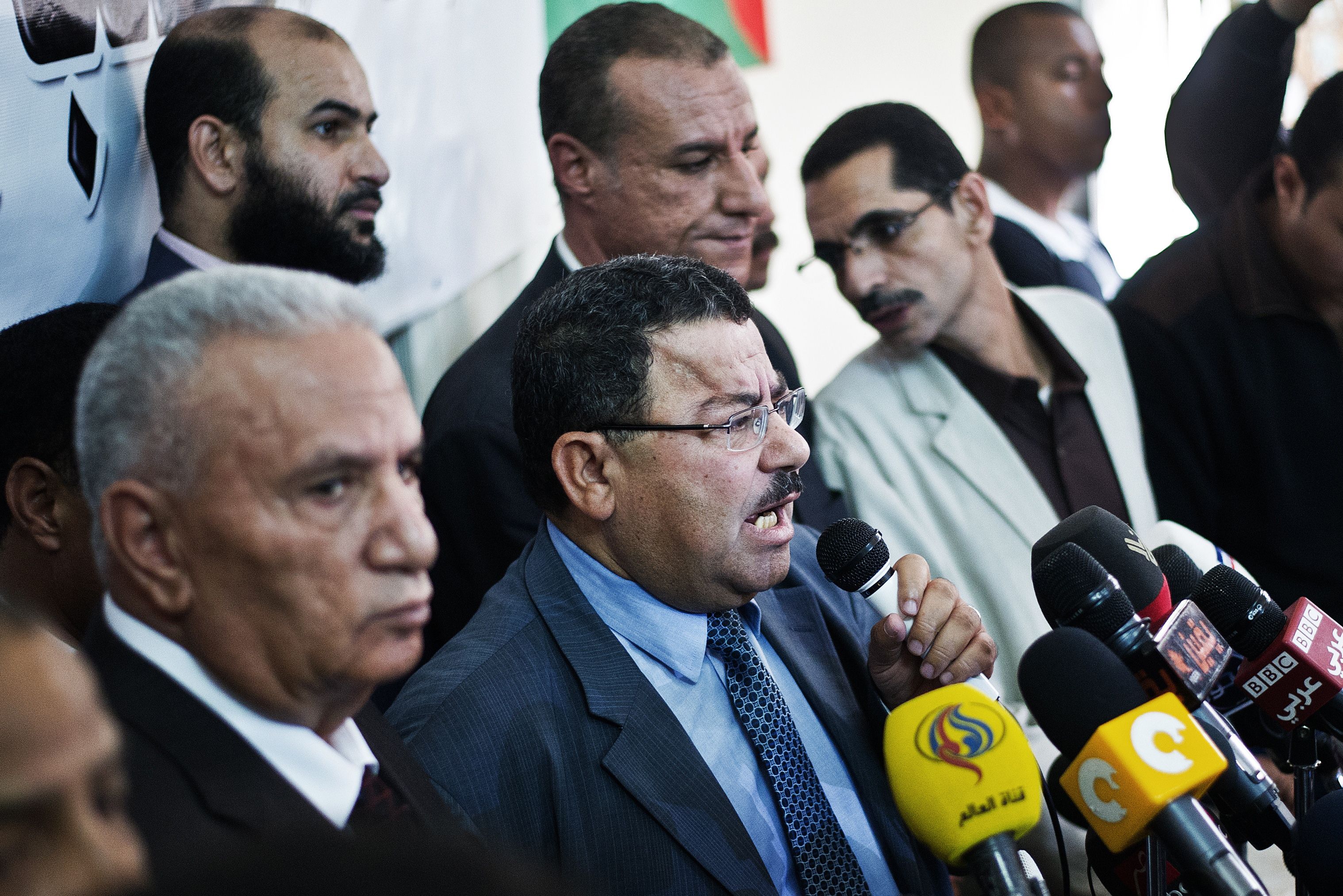 Four months after his ouster, Egypt’s former President Mohamed Morsi described what happened on 3 July as a “coup” in a statement delivered by his lawyer Mohamed Al-Damaty on Wednesday.

Al-Damaty, the spokesman of Morsi’s defence team, held a press conference with other lawyers to give details of the team’s visit to Morsi and to read out a statement by the ousted president. Morsi’s legal advisors visited him in Borg Al-Arab prison on the outskirts of Alexandria on Tuesday.

In his statement, Mosri stated that the “coup is a crime which violates the Armed Forces’ rules.” He added that it “betrays God and His Prophet; it also betrays the oath sworn by Minister of Defence [Abdel Fatah Al-Sisi] and betrays the people, who were divided as a result.”

“Egypt will not recover unless the coup’s traces are gone and all those responsible for bloodshed are held accountable,” Morsi said.

He saluted “the people who rose against the coup and remain revolting”, adding that he gains his strength from the “revolutionaries on the streets”.

“The era of [military] coups is over,” Morsi said. “The coup has started to collapse against the Egyptian people’s resilience.”

The ousted president detailed his journey since Al-Sisi announced his removal from power. He claimed he was “abducted, against [his] will” since 2 July at the Republican Guards headquarters.

On the night of 2 July, Morsi delivered a speech to the nation where he stressed his legitimacy as Egypt’s president. He had said that night in a speech that he was prepared to “sacrifice [his] blood if it were the price for safeguarding legitimacy.”

In the statement released on Wednesday, Morsi claimed that he was moved to a naval base on 5 July. During his four-month stay there, he only met European Union High Representative Catherine Ashton, the African Union delegation and investigation judges, whom he said he refused to cooperate with.

“I haven’t met any Armed Forces leaders or any media representatives; all that was claimed on my behalf is unfounded,” Morsi said.

Al-Damaty said that Morsi will be basing his defence on the lack of the court’s jurisdiction in trying him.

“Morsi is holding onto his legitimacy as president,” Al-Damaty said. “Therefore, should there be a crime held against him, he should be tried in front of a special presidents’ court.”

Article 152 of the suspended 2012 constitution stated that if a president commits a crime or high treason, he should be tried upon the request of one-third of the House of Representatives and with the approval of two-thirds of the parliamentary body. The article also stated that a special tribunal led by the head of the Supreme Judicial Council should be tasked with trying the president.

Seif Al-Islam Hamad, lawyer at the Hisham Mubarak Law Centre, said that such plea would complicate the legal procedures since, since in order to rule on this plea, the court would have to provide a verdict on whether what happened on 3 July was a military coup. If the court decides that what happened was a revolution, Hamad said Morsi’s plea would then collapse since it is based on his still being president and the 2012 constitution still being effective.

“Legally speaking, of course what happened was a military coup,” Hamad said. “Nevertheless, the court could resort to the necessity theory, which would argue that the decision to oust Morsi was made at an exceptional moment which could not adhere to normal laws.”

Hamad described the plea as “smart”, especially from a political perspective. He said Morsi’s defence would use the court sessions to hold accountable the current military-installed regime and address its violations against human rights.

The Cairo Criminal Court postponed on 4 November Morsi’s trial to 8 January, 2014. The former president is being tried, alongside 14 other Muslim Brotherhood members, for inciting violence outside the Presidential Palace on 5 December 2012 which left at least five people killed.