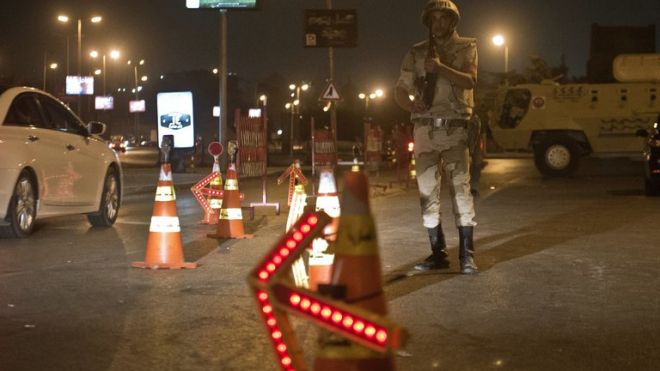 The United States said it welcomes the Administrative Court’s decision on Tuesday effecting the “formal lifting of the state of emergency, including the curfew,” while United Nations Secretary-General Ban Ki-moon took the opportunity to “stress the importance of respect for peaceful protest.”

US Secretary of State Spokeswoman Jen Psaki welcomed the decision, but added that “there are other steps of concern.”

Ministry of Interior Spokesman Hany Abdel Latif told private satellite channel Sada El-Balad over the telephone on Wednesday morning that the ministry has yet to receive an executable form of the court’s decision. The court ruling comes two days before the curfew was scheduled to be lifted on 14 November, the same day that the state of emergency expires.

Psaki said, “However, we would also note that the government is considering other legislation regarding security.”

UN Secretary-General Ban also noted in his statement, “the heightened debate in Egypt on a draft law regulating protest” and stressed that “international human rights standards should form the basis of any new legislation.”

On Tuesday, interim President Adly Mansour received the contentious draft Protest Law from Prime Minister Hazem El-Beblawi’s cabinet. The draft law, which is awaiting ratification by Mansour to pass, was described by 17 NGOs in Egypt as being more dangerous than the state of emergency. Human Rights Watch said the draft law gives the police “carte blanche” to ban protests in Egypt, while Amnesty International warned the draft law would “pave the way for further bloodshed.”

Psaki meanwhile added, “We urge the government to respect the rights of all Egyptians. This includes ensuring that Egyptians on all sides can peacefully exercise their right to freedom of assembly and expression as well as ensuring due process and that all civilians arrested are referred only to civilian courts.” All of these concerns, she said, were discussed with the Egyptian government when Secretary of State John Kerry was in Egypt.

Ban said he continues to “underscore the need for political inclusion, respect for human rights, including of those in detention, and the rule of law as the basis for a peaceful, democratic transition in Egypt.”

A curfew and a state of emergency have been in place in 14 governorates across Egypt since the 14 August dispersal of sit-ins supporting deposed President Mohamed Morsi.  The month-long curfew was extended for two consecutive months by Mansour on 12 September.  Extending the curfew further requires a public referendum.