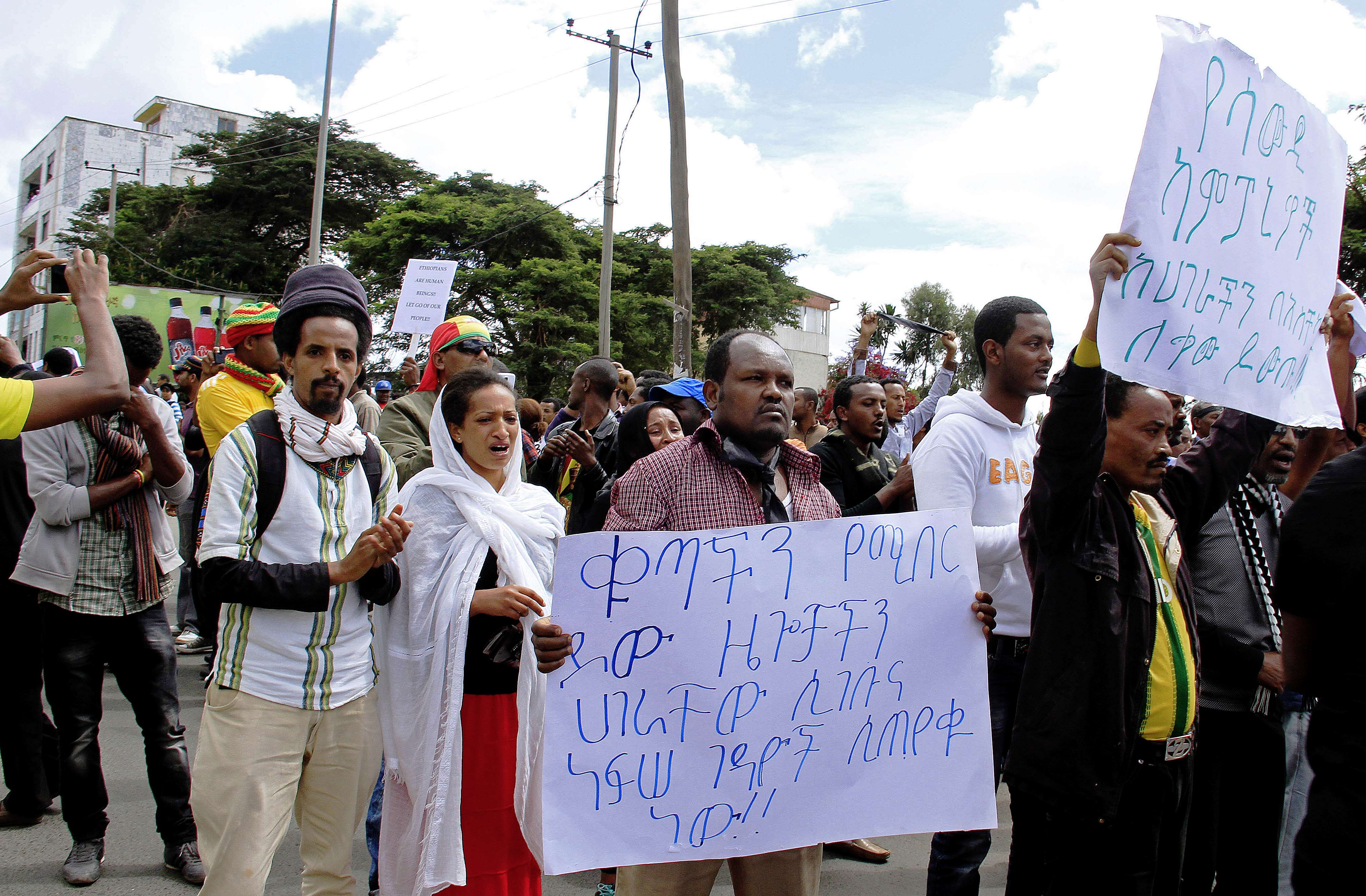 AFP- When Abdallah Awele moved to Saudi Arabia from Ethiopia last year, he thought he would land a good job and earn enough money to send home to his family.

But instead, Abdallah, 21, said he was beaten, robbed and jailed for living in the country illegally.

“I wanted a good salary and a good life, that’s why I crossed the border,” he said.

“When I was in Saudi Arabia, I was successful, I was saving a lot of money and I had nice things. But I lost all of it. Now I am home and I won’t go back there.”

Abdallah was one of at least 23,000 Ethiopians living illegally in Saudi Arabia, and part of a group of close to 400 flown home on Friday after being expelled.

According to Ethiopian officials, three of their nationals were killed this month in clashes with Saudi police as the clampdown — set in motion after a seven-month amnesty period expired — got under way.

“Even my shoes were collected by the police,” he said, speaking barefoot after leaving the airport with about 30 other men.

Abdullah, who had a job guarding animals, was jailed for six months — during which he said he was denied food and medical help.

“There is a lot of unhappiness in there,” he said, showing off scars on the back of his neck.

The International Labour Organisation said many face physical and mental abuse, menial pay, discrimination and poor working conditions, and the Ethiopian government announced last month it was banning domestic workers from travelling to the Middle East to look for jobs after widespread reports of mistreatment.

Like Abdullah, Abdurahman Kamal said he too was beaten before being jailed for ten days. His employer revoked his salary and his visa before handing him over to the authorities.

“The police asked for money but at that time I didn’t have the money, so the police beat me,” said Abdurahman, 21, who worked as a driver.

Now he says he is relieved to be home after three years in Saudi Arabia.

“I get to go back to my family,” he said, wearing a torn shirt that revealed his scarred torso.

With 91 million inhabitants, Ethiopia is the most populous country in Africa after Nigeria, but also one of the poorest.

Ethiopia’s unemployment rate – 27% among women and 13% among men, according to the ILO — is the main driver for young people seeking better opportunities abroad.

The UN refugee agency says that over 51,000 Ethiopians risked their lives this year alone on the risky sea crossing across the Gulf of Aden, where reports are common of ships sinking or refugees drowning after being thrown out too far from the shore.

It was greener pastures that led Ahmed Abduljebar, 25, abroad three years ago. He moved to Yemen to work as a waiter and was arrested when he crossed into Saudi Arabia without a visa.

He said he was robbed and beaten before being jailed for three months, and complained Ethiopian authorities should have responded faster to release Ethiopians from prison.

“The Ethiopian embassy is a very big problem, because it’s not protecting Ethiopians,” he said. “If you’re in prison, no one is asking after you, and they are not collecting you quickly.”

Ahmed said while he is happy to be home, he “feels sick” knowing there are still thousands of Ethiopians still in prison.

While they now face the difficult task of finding work at home, they agree they have no plans to return to the site of their nightmare.

“I would never go back again to Saudi Arabia,” Abdurahman said.