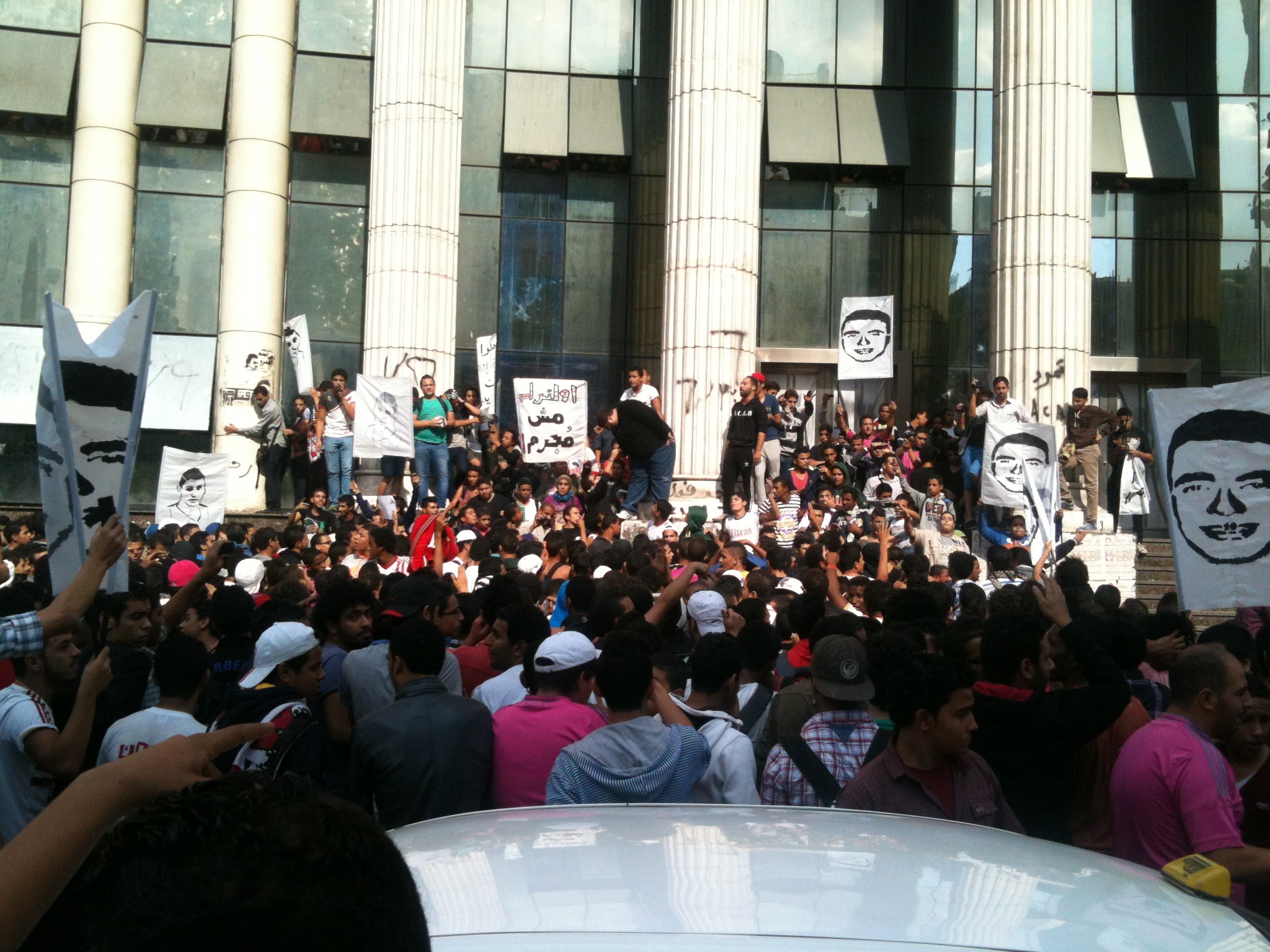 Ammar’s lawyer, Mohamed Hosny, said they would launch an appeal to the ruling.

During the trial, hundreds from the UWK group surrounded the Imbaba courthouse demanding Ammar’s release. The crowed outside the court, garbed in black UWK shirts and Zamalek jerseys,   waved flags displaying the faces of both Ammar and deceased group member Amr Hussein while cheering against former president of the Zamalek Club, Mamdouh Abbas, and the Ministry of Interior.

Ammar was arrested 6 October near the Al-Wafd Party headquarters in Giza’s Dokki neighbourhood and was charged with vandalism and unlawful assembly. As his lawyer points out, this places him near to, but not in the middle of, the clashes that had been flaring that day on Tahrir Street.

“Ammar is only a high school student,” Hosny said. “We have provided the court with documents proving that, and proving that he was in Dokki at that time with his father, who is an active member in Al-Wafd party and was attending a general assembly meeting.”

Amr Hussein was a member of a group which had been fired on by security guards in front of Zamalek Club last September during a protest against the club’s president, Mamdouh Abbas. The protesters had demanded that Abbas step down due to his perceived mismanagement of the club’s resources, also blaming him for a string of losses in its record. Hussein died of his injuries in the clashes four days later, with UWK members still calling for retribution for his death.

Ultras are groups of football fans completely independent from club management, with their roots in Egypt dating back to 2007. The groups have often faced antagonism with the country’s security forces, as their demonstrations are deemed threatening to national security. This tension has been particularly high since the killing of over 70 Ultras Ahlawi members in Port Said in February 2012, dubbed by the media as the Port Said Massacre.