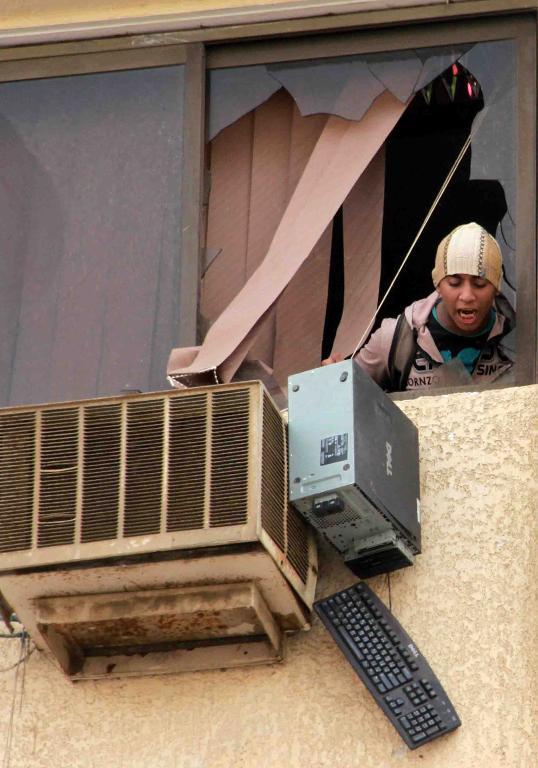 The Association for Freedom of Thought and Expression (AFTE) held a presser in its Garden City headquarters on Tuesday concerning the trial of the 12 Al-Azhar students who were recently sentenced to 17 years and a bail of EGP 64,000.

AFTE lawyer Ahmed Ezzat said the students were arrested on 30 November for “breaking into the Al-Azhar headquarters” and “assaulting employees”. Ezzat emphasised that the evidence found with the students was not illegal in nature and included “highlighters, some [legal] medicine, some vinegar and some gas masks and no firearms or weapons of any sort.”

Ezzat added, “The court verdict is against the law, which states that in case of more than one accusation, the court should rule [if proven guilty] with the severest sentence of all accusations, which, in this case is ‘unlawful assembly’, for which the sentence is three years.”

Moaz Abdel Rahman, the only student who paid bail, said in his testimony that he was arrested by “a well-known thug who was holding a machete.” AbdelRahman claimed he had been taking a video of the clashes with his mobile phone, “when protesters were attacked by university security with hard sticks and chains, forcing the protesters to defend themselves by throwing stones at them.”

“After I was ruthlessly beaten by university security, I was detained for taking the video in the office of the Head of Security of Al-Azhar administration building where I was insultingly searched, photographed and called names,” he added,  denying accusations that he would vandalise or break into Al-Azhar’s administration building.

Many families of the detained students insist that their detained children were no more than innocent bystanders in the clashes.

“My son has no political affiliation; he works in a falafel restaurant to support himself and his little sister,” said the mother of one of the detainees. “He doesn’t even know many people in Cairo, as we live in Beni Sueif.”

The father of another student said, “It’s outrageous that those students got sentenced for 17 years in only 15 days and on their first trial, while members of the former regime are still being tried to this day.”

Hend Al-Ghazaly, a student activist in Cairo University working in the Free the Students Campaign, said violations against students are on the rise, citing several cases of students who she claims were being tried in military courts and others who were beaten to death after being arrested on 6 October.

Wessam Atta, a founding member of the Revolutionary Front said the trial is representative of a wider trend.  “The state is regaining its iron grip on universities, as all the events that took place on university campuses didn’t require police intervention and should have resolved by the university security,” he said. “Such actions will negatively affect students’ freedoms and activities.”

Ahmed Adel Saied, spokesman of the Al-Azhar Student Union, refused to affiliate the protests that are taking place to any political group. “They are all university students,” he said, adding that the targeting of students is ongoing as  “some members of the student union were expelled for allegedly banging drums in a noisy way.”

The case’s appeal has been set for 4 February 2014, causing the detained students to miss their midterm exams, which outraged the families of the detainees along with their fellow students.