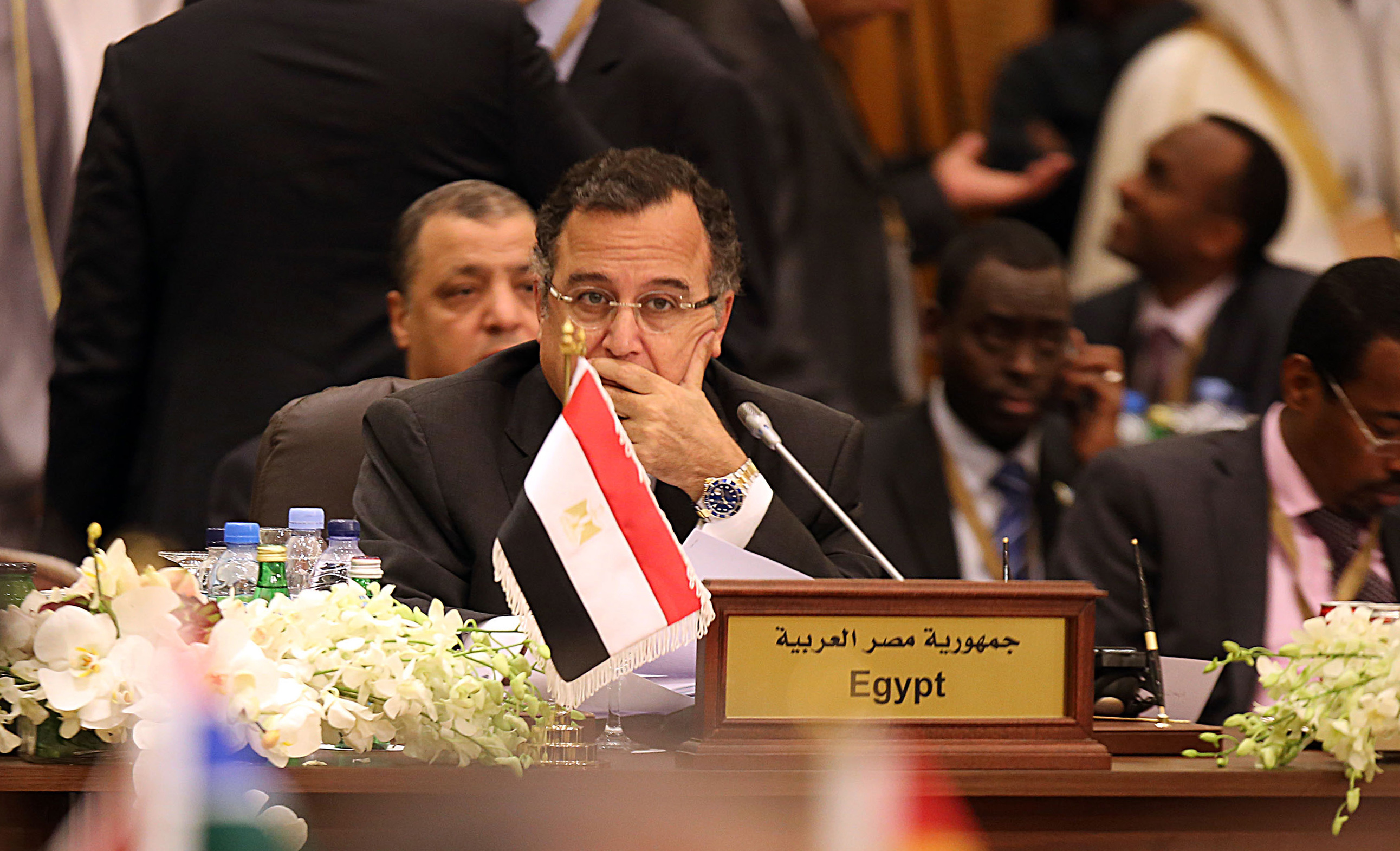 Egypt’s Minister of Foreign Affairs conducted several meetings on Sunday with his counterparts from Sudan, Djibouti, Nigeria, Algeria and Jordan, as well as African Union Commission Chairperson Nkosazana Dlamini-Zuma. The meetings covered a range of issues including Egypt’s water security, the Grand Ethiopian Renaissance Dam (GERD) and the status of Egypt’s membership to the African Union Peace and Security Council, according to ministry statements

During the discussions with his counterparts from the African continent and Dlamini-Zuma, Fahmy discussed Egypt’s status within the African Union council from which Egypt was suspended following the ouster of former President Mohamed Morsi in July. The statements from the ministry indicate that the African ministers support Egypt’s reinstatement into the council.

According to the spokesman for the ministry, Dlamini-Zuma said that she “wishes for the [Egyptian] government to implement the road map,” adding that the African Union is following the situation closely. “Everyone hopes for Egypt to resume its vital role in the Union as soon as possible,” she added, according to the ministry spokesman.

Fahmy discussed the situation of the GERD with his Sudanese counterpart Ali Karti, focusing particularly on the trilateral negotiations, which also include Ethiopia. As downstream countries, Egypt and Sudan fear that the construction of the dam could have a detrimental effect on the share of the Nile water, of which Egypt currently receives the largest portion.

Nigerian Minister of State for Foreign Affairs Viola Adaku Onwuliri and Fahmy agreed on strengthening relations between the two countries and discussed potential areas of cooperation. Fahmy also informed his counterpart about his recent visits to countries in the Nile Basin and Senegal, stressing that Egypt is seeking to improve relations with African nations.

Fahmy and his Jordanian counterpart Nasser Judeh discussed the progress of the Israeli-Palestinian final status negotiations, the Syrian conflict and the efforts for convening the proposed Geneva II conference to achieve peace in the war-torn country.

Fahmy is part of the Egyptian delegation attending the third Africa-Arab Summit being held in Kuwait. The foreign minister was joined in Kuwait on Sunday by interim President Adly Mansour, interim Deputy Prime Minister and Minister of International Cooperation Ziad Bahaa El-Din and interim Minister of Trade and Industry Mounir Fakhry Abdel Nour.

The spokesman for the foreign ministry told Daily News Egypt on Sunday that the Egyptian delegation would focus on promoting development cooperation in Africa. The spokesman also confirmed that Fahmy would hold “many meetings on the side of the summit.”

In recent months the ministry has embarked on improving relations with African countries, the relationships with which had been largely neglected by previous regimes. Fahmy has travelled to countries in the Nile Basin and has met with his Ethiopian counterpart to discuss the issues at hand. The ministry also dispatched diplomats on a tour of African nations to express Egypt’s rejection of the African Union suspension as well as portray the “correct and proper image” of Egypt.