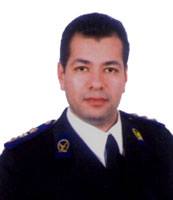 The officer was shot by unknown gunmen near his house on Nagaty Serag Street while heading to his office around 10.30 pm according to the statement issued by the Ministry of Interior. The ministry is doubling its efforts to arrest the culprits, it said.

The Ministry of Interior said that the officer had worked in the counterterrorism file at Homeland Security.

The cabinet issed a statement that mentioned that Prime Minister Hazem El-Beblawi sent his condolences to Abu Khatab’s family, adding that “the government will not tolerate any violent or terrorist groups that frighten peaceful citizens.” El-Beblawi also said that he was confident that the security forces would be able to “cleanse the country” of such criminal acts and reestablish peace and security.