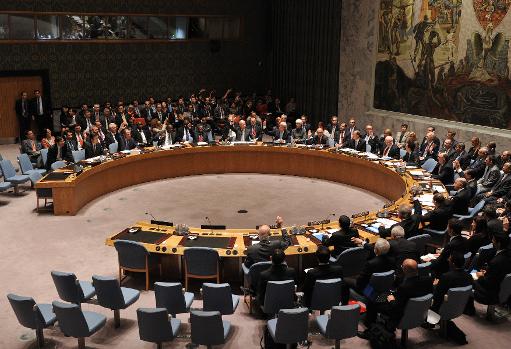 Reuters – Jordan has formally submitted a bid for a two-year seat on the U.N. Security Council, officials said on Monday, after its ally Saudi Arabia rejected the position partly in protest over international failure to end Syria’s civil war.

Jordan, which closely follows regional heavyweight Saudi Arabia on most foreign policy issues, wants to raise its international profile and win more recognition of its role in accommodating Syrian refugees, the officials said.

Its bid follows Saudi Arabia’s surprise move last month to decline a coveted seat on the 15-member Security Council over the United Nations’ failure to halt Syria’s civil war, to resolve the Israeli-Palestinian dispute and stop nuclear proliferation in the region.

Officials made clear Jordan’s bid had the blessing of Saudi Arabia, its biggest financial backer, and of the United States.

“Jordan’s decision comes after consultations between King Abdullah II and his brothers in Saudi Arabia, as well as a number of (other) Arab leaders and other world leaders,” the state news agency quoted Jordan’s Foreign Minister Nasser Joudeh as saying.

Jordan still needs the support of a two-thirds majority in the U.N. General Assembly to win one of the Security Council’s 10 rotating two-year seats. The United States, Russia, China, France and Britain hold the other five, permanent seats.

Diplomats said it appeared Jordan had agreed, after some hesitation, to replace Saudi Arabia on the Security Council after it dropped out of a race against Riyadh for a seat on the U.N. Human Rights Council. Saudi Arabiawon a three-year seat on that council last week despite concerns over its rights record.

“The Security Council seat is a prominent international position that will enable Jordan to become an influential player in international decision-making and is an indication of the world’s respect for its moderate policies,” Information Minister Mohammed al-Momani told Reuters.

Jordan is now home to more than 600,000 refugees from the 2-1/2 year civil war in neighbouring Syria, according to U.N. estimates, though Amman puts the figure as high as one million.

The refugees are posing a huge strain on the kingdom’s creaking infrastructure and limited resources.

Jordan, which if elected will take up its seat from Jan. 1, is expected to follow closely the Saudi line on Syria and other regional crises, diplomats say.

Saudi Arabia has warned it may pivot away from the United States in part over what it sees as Washington’s failure to take action against Syrian President Bashar al-Assad in the civil war and its policies towards Iran,Riyadh’s arch regional rival.

Syrian ally Russia, backed by China, has vetoed three Security Council resolutions since 2011 that would have condemned Assad’s government and threatened it with sanctions.