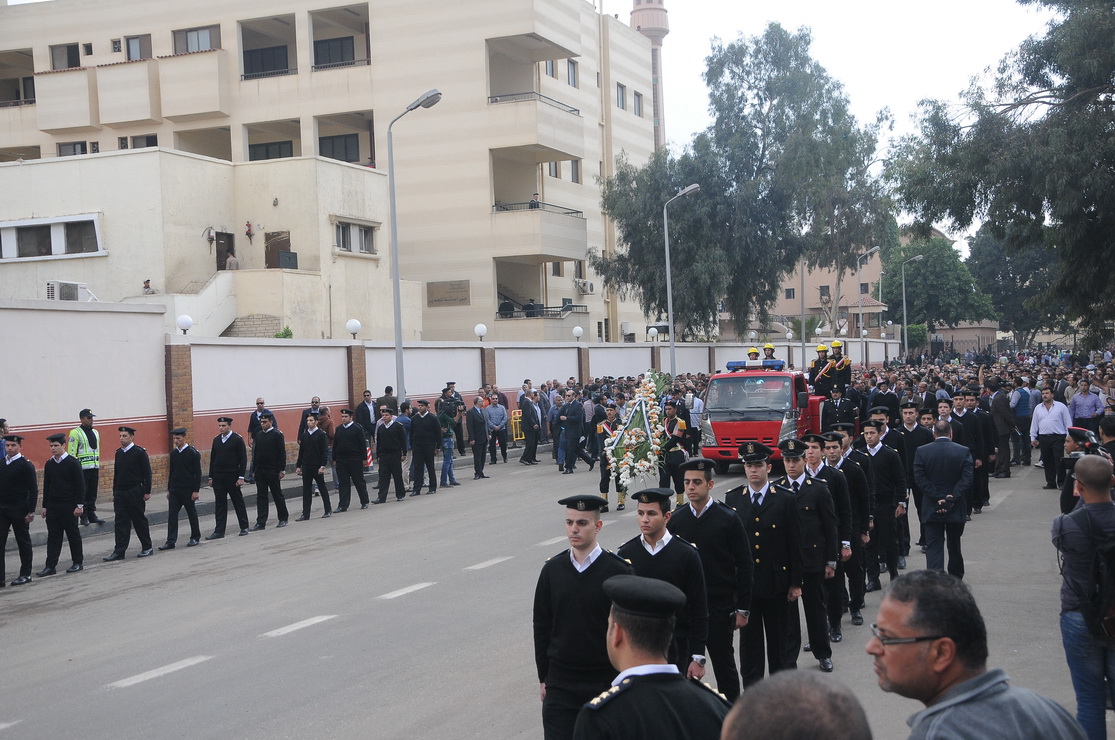 Prime Minister Hazem El-Beblawi, Minister of Interior Mohamed Ibrahim and a number of Ministry of Interior officials attended the funeral of  the Homeland Security officer at the Police Mosque in Darrassa on Monday.

Lieutenant Colonel Mohamed Mabrouk Abu Khatab, a senior-ranking Homeland Security officer, was shot dead on Sunday evening in Nasr City near his home. The ministry said that the officer had worked in the counterterrorism department of Homeland Security.

Several entities condemned the officer’s shooting and paid their condolences to his family, including the Egyptian Organisation for Human rights (EOHR), Victims Association under the rule of the Muslim Brotherhood, General Federation of Trade Unions of Egypt and Al Tagamoa Party.

The EOHR statement accused the Muslim Brotherhood of rising violence against military and police personnel, specifically calling the gun down of Abu Khatab as a “planned political assassination”. The statement added that the officer was targeted because he was working on the case involving Morsi’s escape from Wadi El-Natrun.

EOHR president Hafez Abou Seada called the murder a “terrorist act” which targets those who make sacrifices to perform their duty of protecting the country. Abou Saeada called on the government to clamp down on terrorists.

Coordinator of the Victims Association under the Rule of the Muslim Brotherhood Khalid Al-Batran called on the Minister of Interior to “cleanse” homeland security, which has been infiltrated.

Al-Tagamoa Party described in its statement the gun down of Mabrouk as the main objective of the Muslim Brotherhood, who used the call for reconciliation, which the party was against, as a cover-up for this scheme.