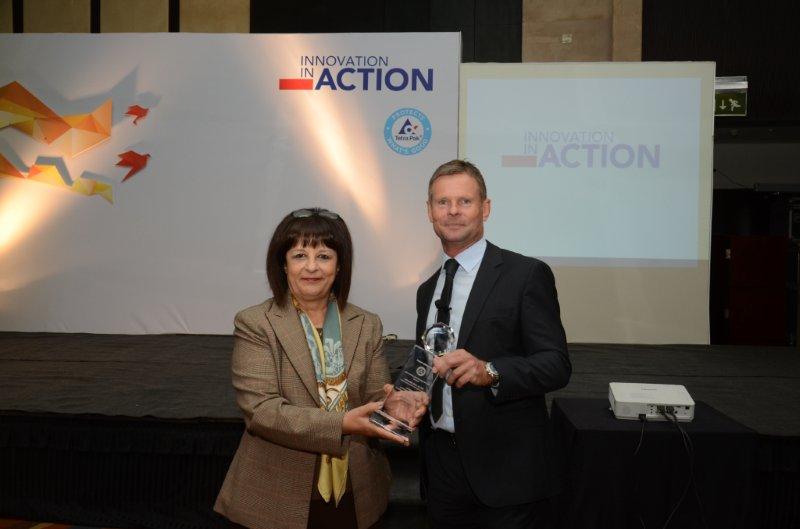 Tetra Pak, a leading food processing and packaging solutions company, held its fifth annual innovation day under the theme of Innovation in Action on 18 November.

The event, attended by Minister of State for Environmental Affairs Laila Iskandar along with more than 80 representatives from the dairy, cheese and juice sectors, was held to share case studies with Egyptian producers and announce the company’s latest recycling project, to which it has donated €250,000.

“The Ministry of Environmental affairs is looking for partners to achieve [the ministry’s goals as regards the] recycling project,” Lindgren said. “Around 90% of the recycled used beverage cartons [UBCs] are Tetra Pak’s.”

During the conference, the minister said the project was aimed at “encouraging the recycling of solid waste in Egypt. Through this initiative, the industrial sector will engage with the government to solve one important element of the waste management problem.”

Taher meanwhile said total investment in the recycling project amounts to around €1m, including the construction of a recycling factory that will start operations by Q4 2014. Tetra Pak’s customers would be among the project’s participants, he said, but did not specify who would provide the waste.

Waste that goes un-recycled, Lindgren said, “is an issue for suppliers and producers, so it will not be problematic to convince producers to join the project.”

The company also plans to make another investment in the project by 2016 that will allow them to recycle around 50% of the 35,000 tons of UBCs.

The technology used in the recycling process, Lindgren explained, “basically separates the packages’ components. The fibers that we have in our packaging in very high quality paper because a beverage carton that has a long shelf life need to be strong. The equipment that will be used will separate the paper in the carton from the plastic and aluminum.”

Lindgren said the food industry has run into fewer issues amid Egypt’s ongoing political tensions than most. “We had a very good year last year, and we are going to have a good year this year as well,” he said. “We have good growth in milk, juice and cheese, the fastest growing category.”

Production of cheese packages is growing by more than 40% while growth in milk and juices averaged between15% to 20%, according to the managing director. A high point, he said, came in the form of increased investments from Juhayna, Faragalla, Green land and Domty, which spurred further growth in the industry.

That said, Lindgren said the company’s exact market share in Egypt would be difficult to define. “If we compare ourselves with carton producers then our share is high, about 80%.However, we also compete with class bottles and plastic bottles producers, then our market shares becomes small,”  he said.

Currently all Tetra Pak supplies for Egypt are produced at the company’s factories in Saudi Arabia and Turkey, but Lindgren expressed a desire to establish a factory in Egypt. “If growth continues we will eventually invest in Egypt, but we need to remember that this is a business of scale, so if you invest in a factory but you don’t have a sufficient volume [of production] in that factory, the cost will become high and that will reflect on the customers,” Lindgren said.

The company has, however, expanded its production in the past year. “We have around 120 production lines that are responsible for making packages for Egypt. Another 15 lines or more were added each year during the past three years,” Taher said.

According to Lindgren, in Egypt the company works in the three fields: milk, where their biggest customer is Juhayna with 65% of the market; juices, where their main customer is Faragalla; and cheese.

“We do roughly in this market around 3 billion packages and interesting enough is that we do around 1 billion for each,” he added. “There is no other company in the world like Teta Pak that has three strong [segments] to stand on.”