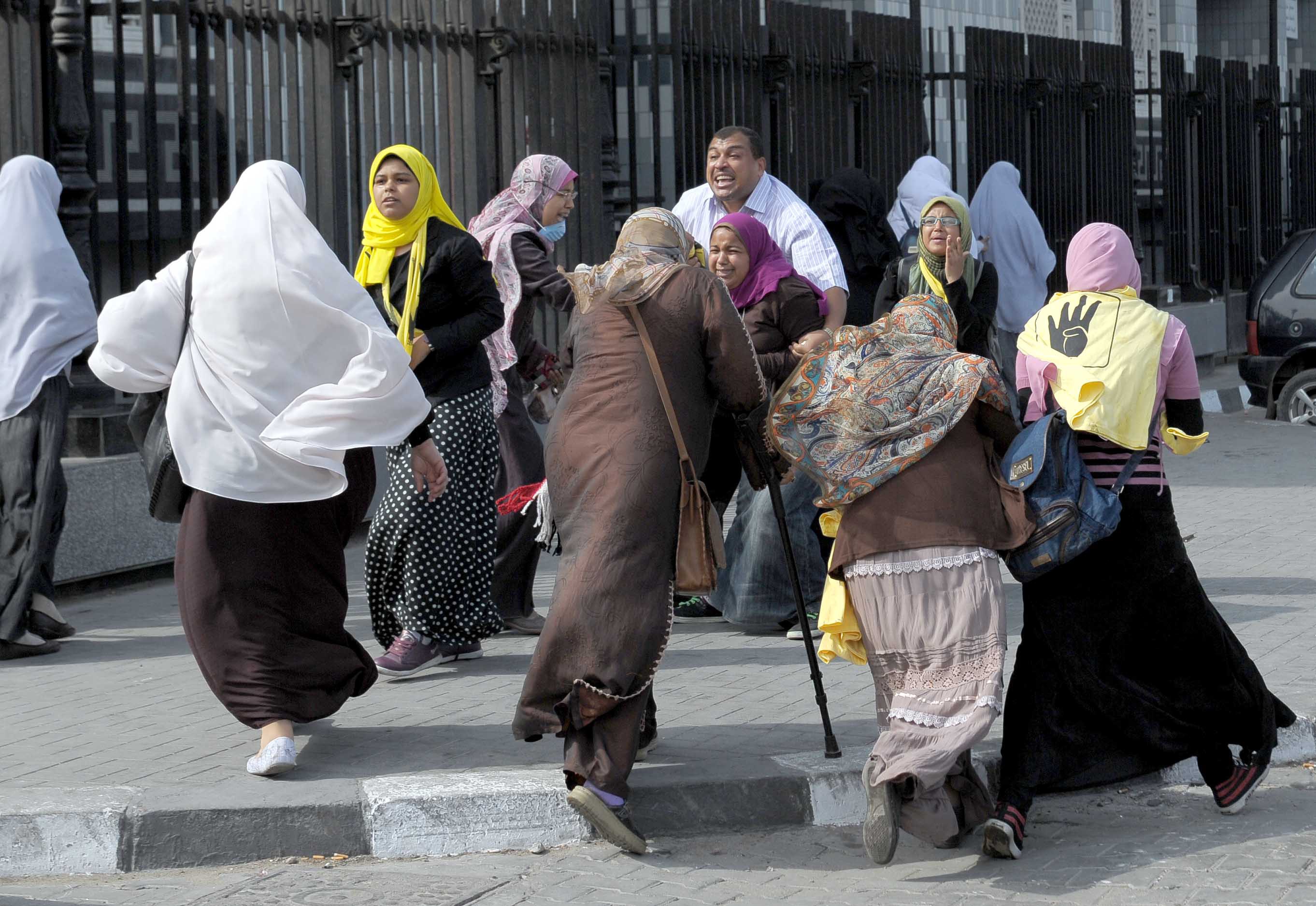 A group of 21 female protesters are set to face trial on Wednesday, a decision taken by prosecution on Monday.

The detainees are accused of joining a group established in violation of the law, promoting the ideas of the group, and possessing and distributing publications that incite violence.

The 21 detainees belong to a group called the “7 am Movement”, which organises peaceful protests before the beginning of the school day against the 3 July military-backed ousting of former President Morsi. The group, which started in Alexandria, has spread to Greater Cairo and launched a campaign called “Our girls are a red line”.

They were arrested on 31 October during a demonstration and the Alexandria prosecution renewed their detention on 12 November for 15 days.

They were arrested along with one man but he was released after he was determined to be a bystander uninvolved with any of the protests.

In a joint statement released on 4 November, EIPR and the Association for Freedom of Thought and Expression said they fully reject these practices, adding that this incident comes amid rampant violations by security forces on freedom of expression and peaceful assembly. The two groups affirmed that the right to demonstrate and organise peaceful gatherings is “an inherent right” for every citizen.