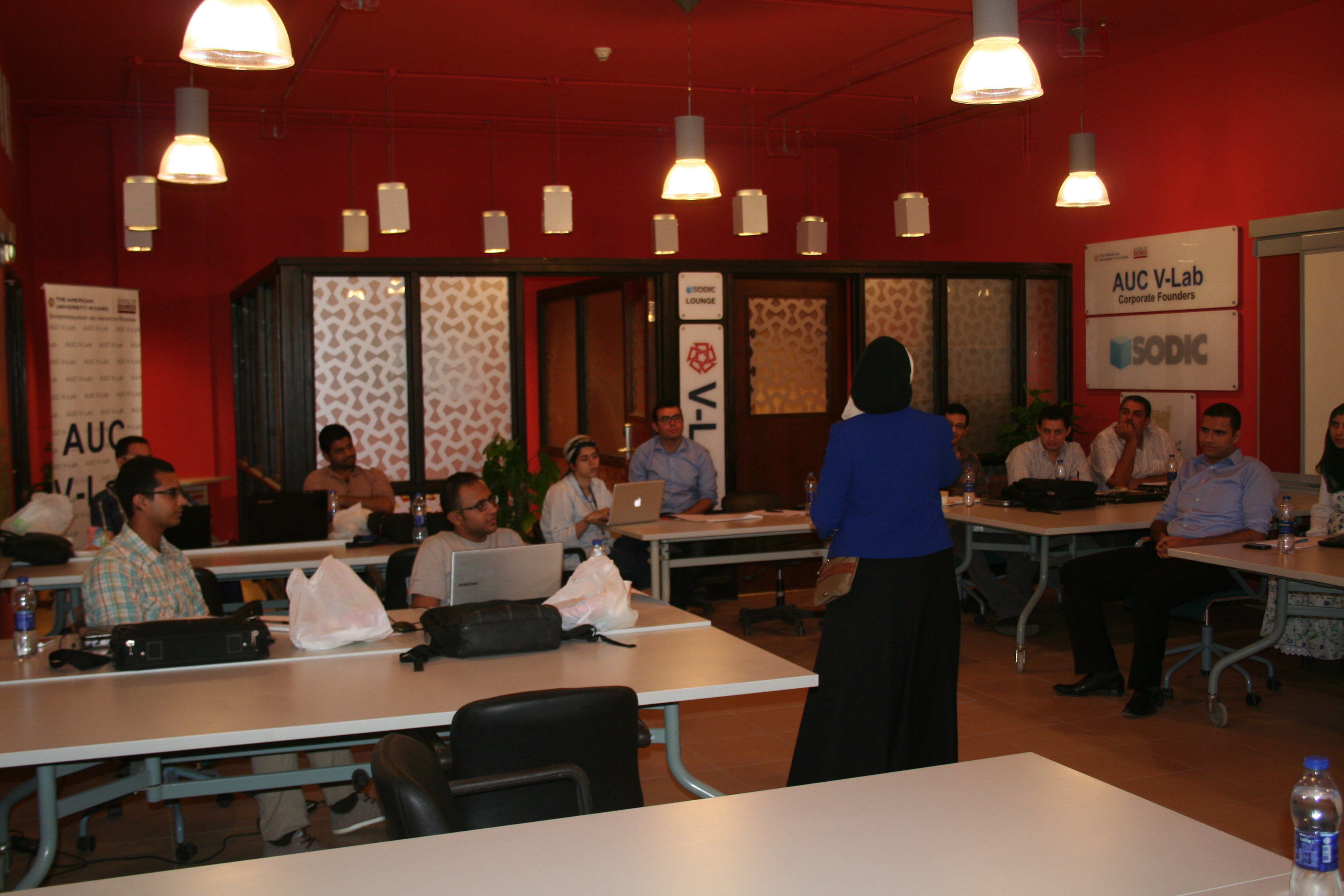 The American University in Cairo (AUC) told Daily News Egypt that the first cycle of its Venture Lab project began in mid-September. The project aims to encourage start-up companies to develop their projects and present them to investors and industry leaders.

According to an official statement, AUC said: “The mission of the AUC V-Lab is to commercialise technologies and innovations developed by Egypt-based start-ups into commercially viable ventures.”

The Venture Lab is sponsored by the real estate development company SODIC and the Arab African International Bank (AAIB).

“We have team members from Mahalla and Menoufiya so it does not at all depend on whether or not they were AUCians [AUC students and graduates],” Shabana said.

Shabana added that there is no age limit set for candidates: “We have members with ages ranging from 20 to 40 years old.”

Shabana explained that the team must present their ideas before a panel, comprised of industry experts and AUC professors, and submit a proof of concept, “not just an idea in their head.”

“The teams then receive a check for EGP 20,000 offered from the two sponsoring organisations to develop their projects,” Shabana said.

Neither AUC nor the sponsoring companies acquire equity in the case that the project is picked up by an investor.

Shabana also said that not all team members have to be present all the time; however, a representative must come to the venture lab office on a daily basis to follow up on the project.

“Each cycle lasts for four months. In this period, startups have training sessions, mentorships from AUC faculty members and professors, workshops and are offered complete access to the AUC facilities such as the library, engineering, multimedia and technical labs as well as transportation,” Shabana said.

At the end of each cycle, startup companies will have a demo day where they will pitch their projects to investors.

“The demo day is important because the teams will have a networking opportunity to convince businessmen to invest in their projects,” said Farah Badrawy, communication and social media officer at the entrepreneurship and innovation programme at the AUC.

Currently, there are six incubated teams in the first cycle, titled “SODIC cycle”, of Venture Lab. One of these projects is Mubser, which has developed a belt that can be worn by those who are visually impaired. The belt visualises and identifies objects in sight and informs the wearer through headphones.

Other projects include Zimoro, a mobile platform for lifestyle navigation, highlighting activities and events based on user preference and Alkottab, a studio that specialises in creating strategic games on Facebook.

The second cycle for the Venture lab is said to start at the beginning of February.