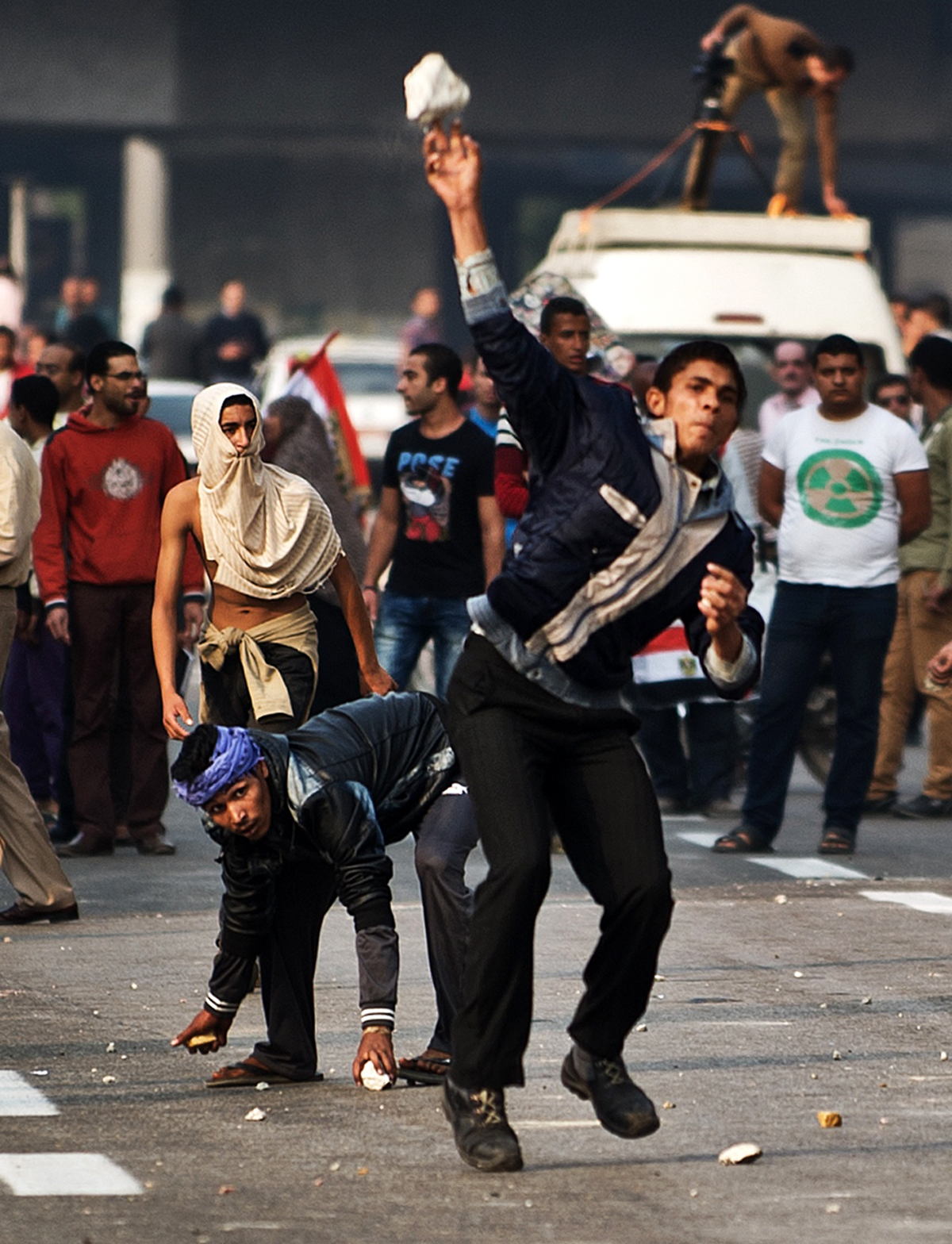 Five people were arrested and 12 were injured nationwide during the second anniversary of the Mohamed Mahmoud Street clashes on Tuesday.

Two El-Masdr News Network reporters, Atef Mamdouh and Mohamed Sayed, were arrested behind the Ministry of Defence in Abbasiya by military forces around 2.30pm, according to 6 April Youth Movement leading figure Mohamed Adel.

Three people were also arrested in Mansoura University as a march organised by the Revolutionary Front was halted at Al-Baron campus gate and a tear gas canister was shot at them by police forces. Ibrahim Eid, Akram Tharwat and Ahmed Al-Farash were arrested, according to Saeid Omar, a 6 April Youth Movement member in Mansoura, who described the clashes between protestors and police forces as “minor”.

Twelve people were also injured on Tuesday, according to Ambulance Authority Head Ahmed Al-Ansary. Three people were injured in clashes in Tahrir Square.

Eight people were injured in Al-Azhar University in Dakahleya in clashes between students and security personnel. The students, who are supporters of former President Mohamed Morsi, organised the march to demand the release of their detained colleagues.

One person was also injured in Alexandria in front of Al-Ettihad Club in Al-Shatby district, reported state-owned Al-Ahram.