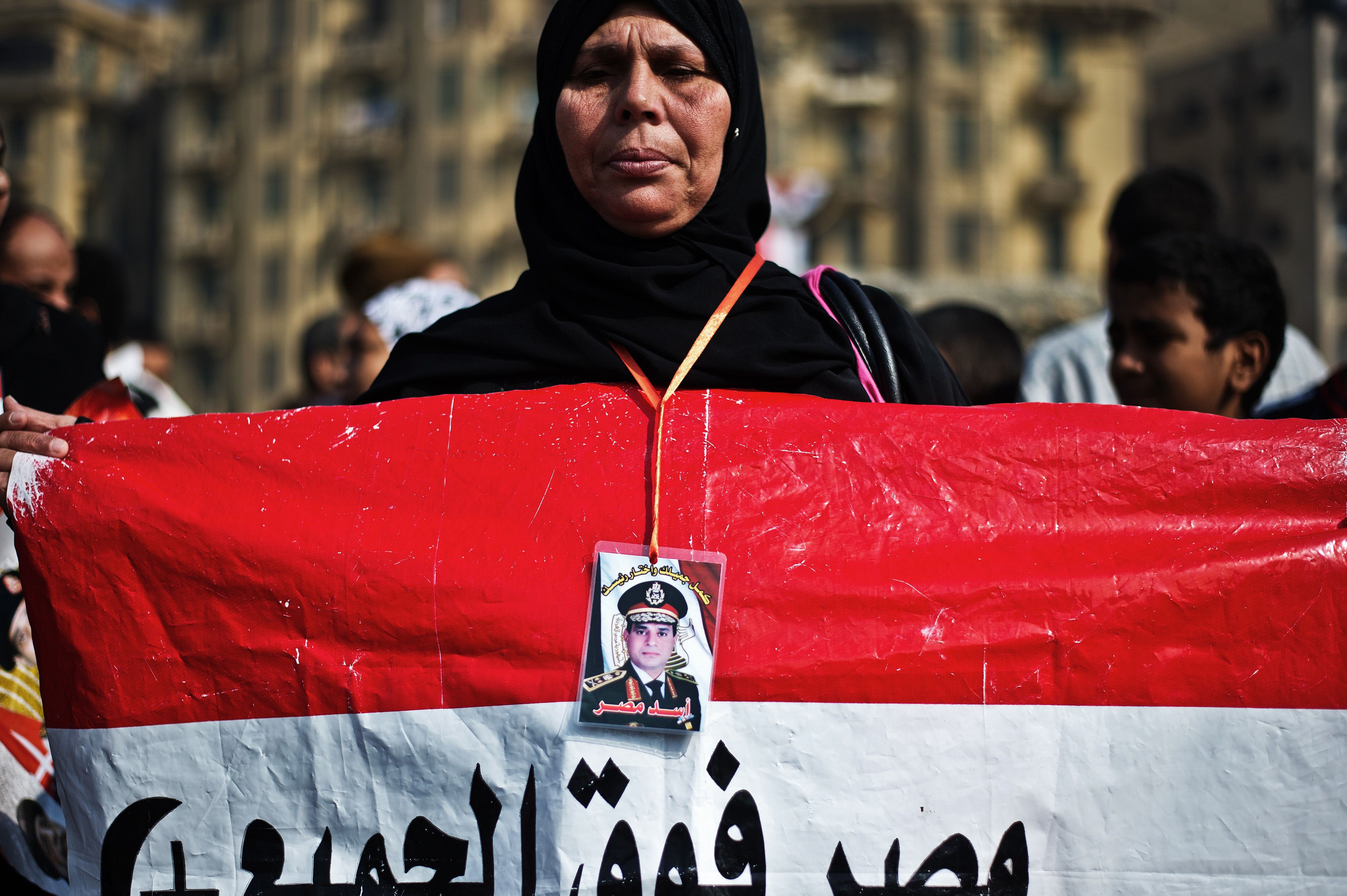 Tuesday began with small rival demonstrations, with protesters on Mohamed Mahmoud Street chanting against the Supreme Council of the Armed Forces and the Muslim Brotherhood, and Al-Sisi supporters in Tahrir Square gathered around the monument that was inaugurated on Monday and subsequently defaced that evening.

Protesters from the rival demonstrations faced off in Tahrir Square in the early afternoon and supporters of Al-Sisi were chased towards Abdel Moneim Riad Square, where security forces in front of the Egyptian Museum fired tear gas to separate the two groups of protesters.

Various marches were planned to converge onto Mohamed Mahmoud Street going into Tuesday afternoon to mark the two year anniversary of the violent confrontations between security forces and protesters, which left approximately 50 demonstrators dead.