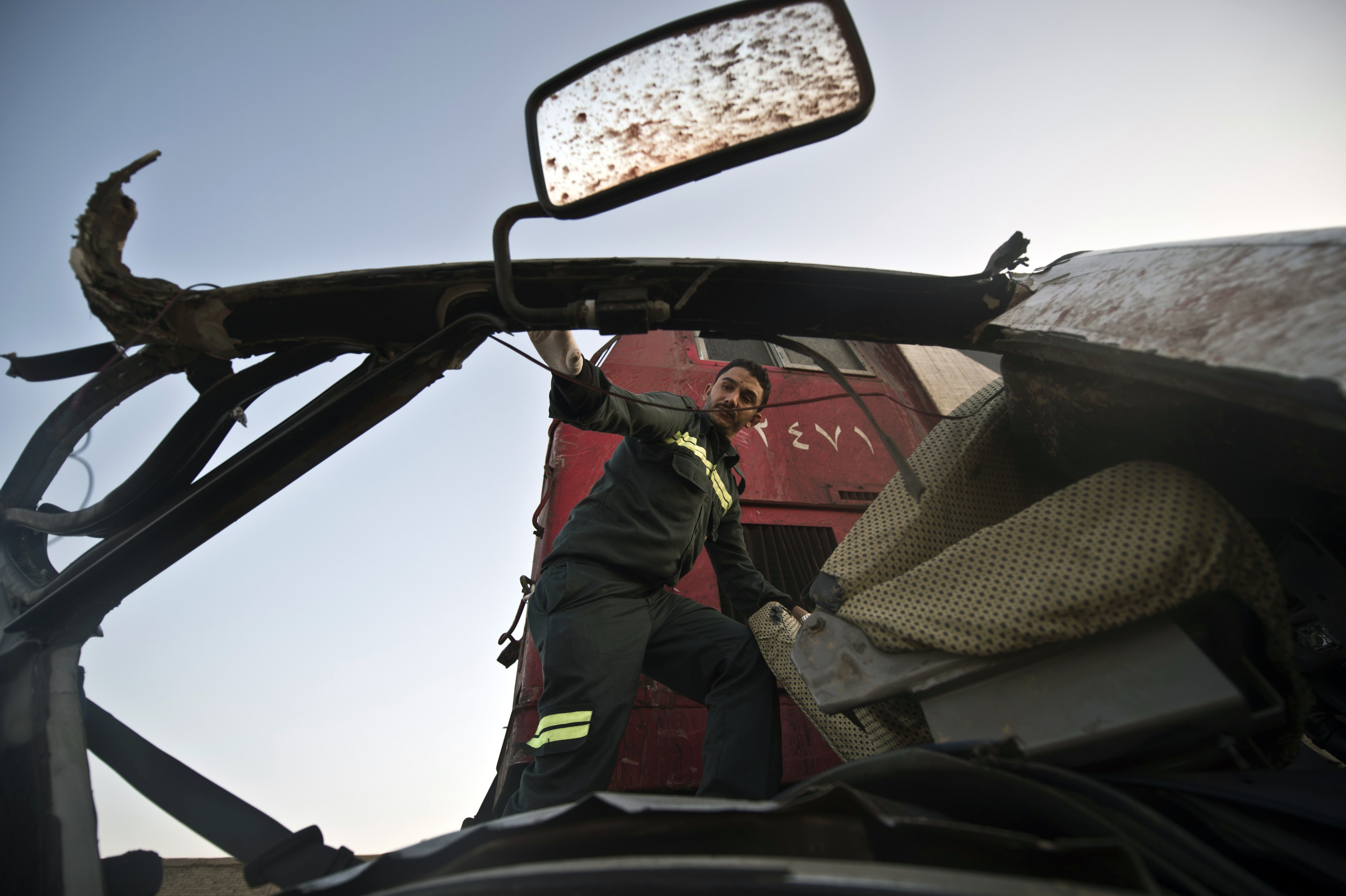 A cargo train collided with a bus and a truck at Dahshour railway crossing on the Cairo-Fayoum road on Sunday night, leaving 27 dead and 32 injured.

Prime Minister Hazem El-Beblawi said that he is keen on holding a “quick and immediate investigation” regarding the train crash, in a press conference that was held at the cabinet headquarters on Monday, adding that “those responsible will be punished.”

“It’s not the first time that such an accident has happened; it’s really lamentable,” El-Beblawi remarked, blaming “the behavior of people while traversing the railway crossing” and a general ignorance of safety procedures.

The Ministry of Transportation issued a statement on Monday accusing the bus and truck drivers of breaking into the railway crossing while the train was passing, adding that the crossing’s alerts were working properly before the crash.

The Freedom and Justice Party (FJP), the political wing of the Muslim Brotherhood, said the incident underlines the need for officials to complete efforts by former Prime Minister Hesham Qandil to improve rail services and eliminate prevalent corruption, in a statement they issued on Tuesday morning. The FJP also offered condolences to the families of the deceased.

“The FJP calls for immediate investigations to quickly bring to trial all those involved in or responsible for the incident, so they receive the maximum penalties they deserve by law, and not to lay the blame on that old ghost called ‘human error’ and individual negligence as in the past,” the statement read, insisting that “negligence” is not acceptable after the 25 January Revolution.

The Free Egyptians Party meanwhile said “it is not acceptable, after two revolutions, that Egyptian blood remains as cheap” in a statement they issued on Monday night.

Al-Nour Party Chairman Younes Makhioun said that the accident marks “a continuation to the series of negligence within the Ministry of Transportation.” Makhioun called for an “immediate reformation” in the ministry.

This is the second major train crash under Minister of Transportation Ibrahim Al-Demairy. In February 2002 during his first stint at the ministry, 361 died in a train fire that broke out in the Giza village of Al-Ayyat. He was removed from his position by Prime Minister Atef Ebeid at the time, but reinstated by El-Beblawi in July 2013.

The Dahshour train comes exactly a year after a train and a school bus collided in the Assiut village of Manfalout that left 51 children dead.