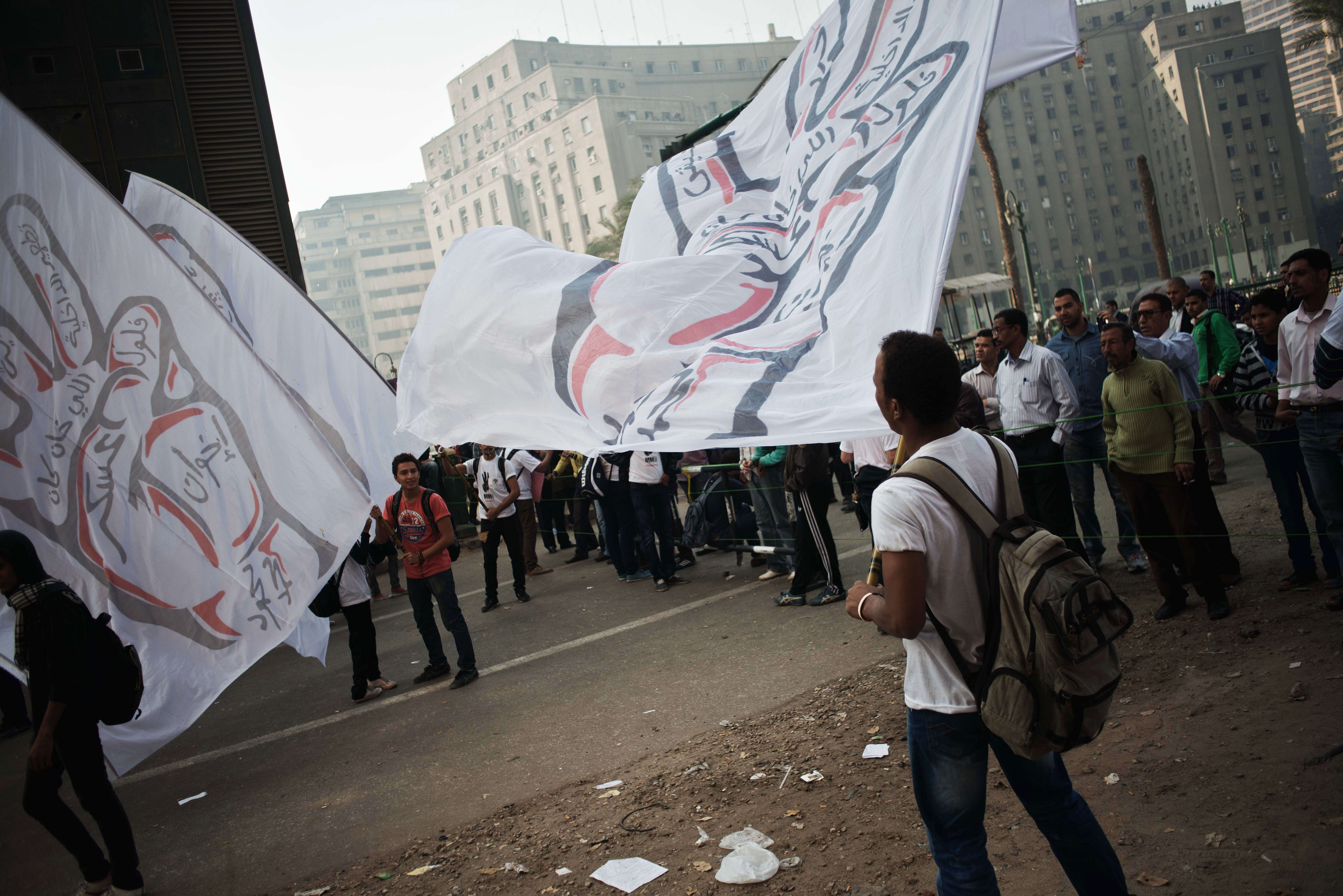 The Tamarod (Rebellion) Campaign has decided to cancel rallies it had called for in memory of those who died in clashes between demonstrators and security forces in Mohamed Mahmoud Street in 2011 and 2012.

The group decided to cancel the rallies after claiming to have “confirmed information from people on the ground of the descent of terrorist Brotherhood elements to Tahrir Square on the grounds that they were the youth of the revolution.” The campaign also claimed that these people sought to “drag the revolution and its youth to violent incidents.”

The newly erected monument in the centre of Tahrir Square was badly damaged and defaced on Monday night following a march commemorating the dead and in opposition of the Armed Forces, the Ministry of Interior and the Muslim Brotherhood. The iconic graffiti on Mohamed Mahmoud Street was also replaced by a colourful camouflage in preparation for Tuesday’s anniversary.

Tamarod is regarded as the driving force behind the mass protests that prompted the army to remove Mohamed Morsi as President in July.

The Revolutionary Front, a group that opposes the intervention of the Armed Forces in political life and the Brotherhood, has called for people to gather in Talaat Harb Square at 5pm on Tuesday and plans to march to Mohamed Mahmoud Street.

The front has also organised student protests around the country. At Banha University, the front has organised the exhibition entitled ‘Gadaa Ya Basha’ (well done) in reference to what some members of the security forces said to the infamous “eye sniper” who was prolific during the 2011 clashes.

Commemorative marches organised by the front are also planned to take place at the universities of Tanta, Helwan and Ain Shams. Other marches and demonstrations are set to take place in Alexandria, Beni Suef, Dakhalia and Port Said.

The group “Youth Against the Coup”, part of the pro-Morsi Anti-Coup Alliance, told Daily News Egypt that it plans to march from Opera Square to Mohamed Mahmoud Street starting at 5pm.

Supporters of the popular Abdel Fatah Al-Sisi also began gathering in Tahrir Square to commemorate the anniversary and the birthday of the interim Minister of Defence. Media spokesperson Wael Abu She’isha of the Kammel Gemilak Campaign in support of Al-Sisi confirmed that the group decided not to march on Tuesday but instead will march on Thursday.