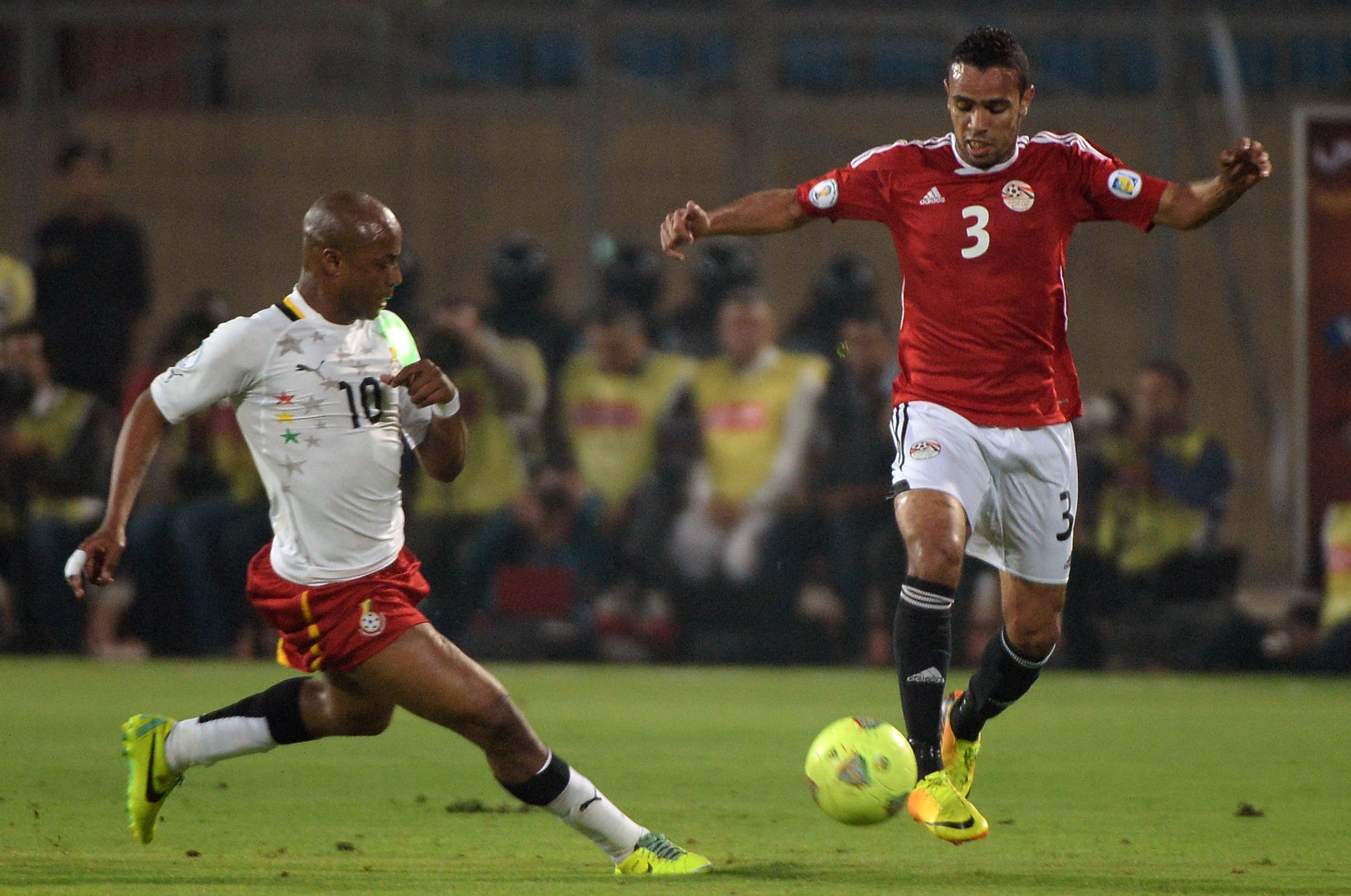 Egypt lost out on a place in the 2014 World Cup finals despite beating Ghana 2-1 in the second-leg of their play-off in Cairo on Tuesday night.

The Pharaohs faced a mammoth task going in to the match, needing to put five goals past the Black Stars in order to have any chance of going to the tournament in Brazil next summer.

Goals from Amr Zaki in the first half and substitute Mohamed Nagy ‘Gedo’ in the 85th minute helped Egypt win on the night. A late goal from Kevin Prince Boateng left the total aggregate score over two legs at 7-3 to the Ghanaians.

Egypt’s American coach Bob Bradley had changed the line-up that suffered the first-leg defeat in Kumasi in October. The formation was more offensive and it paid off on the night.

Egypt began the match brightly and had good possession of the ball but it was clear that there was little link-up in the final third, much of this was down to some poor decision making.

Ghana came close early on with a Rashid Sumaila shot going just wide of the post in the sixth minute.

However, it was Egypt that was able to engineer a goal in the 25th minute when an Abu Trika free kick was met by Amr Zaki in the six-yard box.

The Pharaohs began the second half well creating some good chances but still lacked the all important goal threat. Ghana was forced to make a goal line clearance on the 75th minute after a spell of pressure from the Egyptian team resulting in a penalty box scramble.

Mohamed Salah played well throughout the match and shows promise for a rising Egyptian star who is already making a name for himself around Europe.

Boateng managed to pull one back for Ghana in the 89th minute but at this point the play-off had already been decided. The referee blew his whistle with 10 seconds left in the added injury time and the Ghanaian team celebrated leaving Egypt to build for the next chance at reaching the World Cup finals.

For many of the older Egyptian players this was possibly their last chance to make it to a World Cup finals stage. Most notably Tuesday’s game, which was the last international for the beloved Abu Trika.

Egypt last qualified for the World Cup finals in 1990 despite winning the African cup of Nations four times since then. The Pharaohs have been unable to translate regional success into mounting a global challenge.

One positive from Tuesday’s game was that it was clear that Egypt does have young talent coming through to the senior team and does provide hope for the future of Egyptian football.

After the first-leg defeat in Ghana, there was much speculation over Bradley’s future with the Pharaohs; however, at the time of writing no announcement had been made. A press conference scheduled for after the game was cancelled due to security reasons.