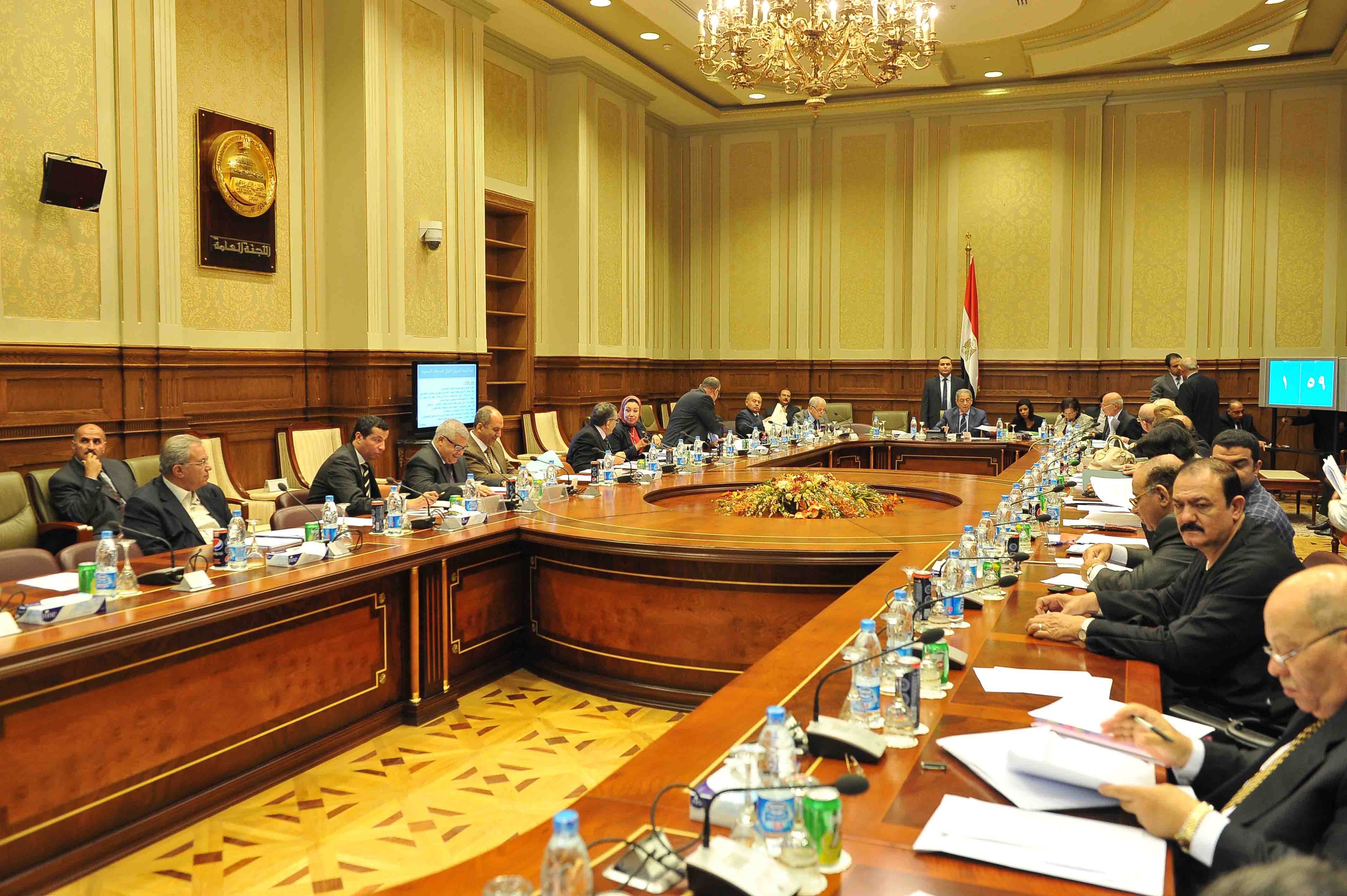 The articles on the armed forces preliminarily approved by the 50-member Constituent Assembly tasked with amending the 2012 constitution stirred wide controversy after surfacing on Wednesday.

Mohamed Adel, leading member of the 6 April Youth Movement, condemned the articles and warned that the Constituent Assembly “will divide Egypt and dwarf it”, in a statement released by the movement on Thursday.

Article 171, mirroring the old constitution’s Article 195, states that the defence minister is the general commander of the armed forces, to be appointed from among the armed forces’ officers. The Constituent Assembly added a transitional article necessitating the Supreme Council of the Armed Forces’ (SCAF) approval of the appointment of the defence minister. The transitional article is valid since the constitution passes and for two presidential terms.

Ra’fat Fouda, Cairo University law professor and constitutional expert, said the article would make the SCAF a partner to the president.

Fouda said that making the article a transitional one would not guarantee that it will be amended in the future.

6 April’s Adel said the article would create “a state within the state” and “put the armed forces above the Egyptian state”, adding that the armed forces is an Egyptian institution whose leader should be appointed by the elected authorities.

Article 174 meanwhile tackles the military judiciary. The article bans military trials for civilians “except in cases which represent a direct assault on armed forces institutions, their camps or anything that falls under their authority, alongside assaults on military or border zones, and military institutions, vehicles, weapons, ammunition, documents, secrets, public funds, or factories”. The article also allows for the military prosecution of civilians who commit crimes concerning conscription or crimes considered a “direct attack on military officers or personnel as a result of carrying out their duties”, leaving the definition of such crimes up to the law.

The article was proposed by the armed forces’ representative in the constitution. It reportedly passed with 30 votes in favour; only seven assembly members voted against it, while two members abstained.

Fouda criticised the mechanism through which the article evolved. “The Constituent Assembly should have drafted the article itself; its job isn’t to vote on an article submitted by the armed forces,” he said.

Sarah Al-Sherif, No Military Trials member, said that the number of assembly members who announced their support for the group’s demand surpassed the seven members who voted against the article on Wednesday.

Fouda said that this article goes hand in hand with Article 171. “The armed forces wants to extend its dominance over civilians through being allowed to try them in military courts,” he said. “This falls under the characteristics of military regimes rather than those of civilian, democratic regimes.”

Mohamed Abdel Aziz, founding member of the Tamarod (Rebellion) campaign and Constituent Assembly member, said that the assembly took into consideration the demands to ban military trials of civilians, alongside “the people’s will to combat the wave of terrorism striking the country and especially targeting the armed forces.”

Attacks against security personnel and institutions in the Sinai Peninsula have been taking place almost on a daily basis since the ouster of Muslim Brotherhood President Mohamed Morsi on 3 July.

11 soldiers were killed early Wednesday when a suicide car bomb exploded. The bomb targeted a bus carrying the soldiers on a road connecting Rafah and Al-Arish, North Sinai.

Abdel Aziz said in a statement publicised by Tamarod on Wednesday that Article 174 “accurately lists the crimes for which civilians could be militarily tried in order to avoid any elastic interpretations.”

“This is the best we can do at this critical stage,” Abdel Aziz said. “The day will come when the country is stable enough to produce real democracy which would allow two thirds of the parliament to amend this constitutional article.”

Hassan Shahin, another founding member of Tamarod, was referred to a military trial back in 2011, when the state was ruled by the SCAF.

Al-Sherif said that the No Military Trials group will campaign against the draft constitution and call upon people to vote no on the referendum so long as the constitution fails to entirely ban military trials for civilians. Adel also said the 6 April Movement would take a similar stance.

Article 198 of the 2012 constitution banned military trials for civilians except in cases which “harm” the armed forces. Abdel Aziz said article 174 was an upgrade from article 198, since the latter “clearly defined” such cases.

Before the 2011 revolution, the 1971 constitution governing Egypt did not address military trials for civilians. This allowed civilian victims of military trials to appeal their verdict at the Supreme Constitutional Court, which would eventually deem the verdict unconstitutional, according to No Military Trials member Nadia Hassan.