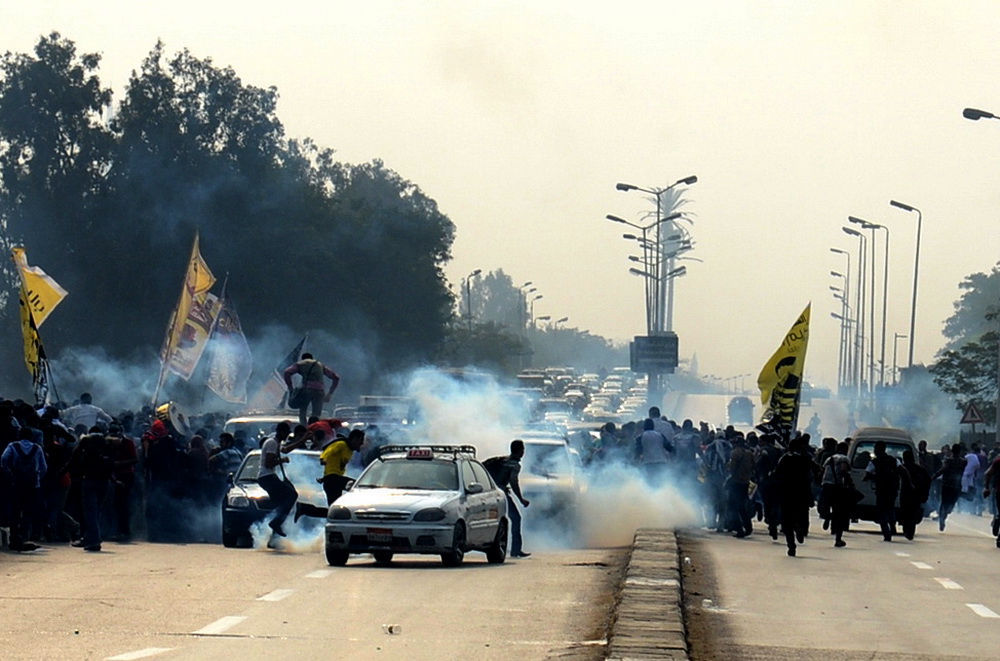 The Al-Azhar Student Union announced Thursday that it holds both the university and Al-Azhar Grand Imam Ahmed Al-Tayeb accountable for the violence at university dorms late Wednesday night that claimed the life of a student.

In a statement, the student union accused Al-Tayeb and University President Osama Al-Abd of “being neglectful in dealing with violations committed against the students.”

The student killed, Abdel Ghany Mahmoud, was a sixth year medicine student at the university. Ministry of Health spokesman Mohamed Fathallah said the death was due to a birdshot wound, adding that no other injuries were sustained.

The student union meanwhile described Mahmoud as a “martyr who was an eyewitness to the bloodshed and violations” of students even prior to Wednesday night’s clashes.

On Wednesday morning protests had begun at Al-Azhar University and moved towards Al-Azhar Institute in Salah Salem. The Ministry of Interior accused the protesting students, whose numbers it estimated at 1,000, of attempting to break into Al-Azhar Institute. The ministry also accused the students of blocking the Salah Salem road, describing them as belonging to the Muslim Brotherhood. It announced the arrest of 24 “rioters”, adding that one of them was of Turkish nationality.

On 1 November Prime Minister Hazem El-Beblawi announced after a cabinet meeting that university presidents will have the right to request the entry of police forces into campus in case of “threats to individuals, entities and students.”

Al-Azhar students have been demonstrating against the death and detainment of fellow students since the dispersal of sit-ins at Rabaa Al-Adaweya and Al-Nahda Square on 14 August. The protesters’ demands gradually progressed to include the release of recently detained students.

On Wednesday Ikhawanonline reported that a number of universities protested Thursday in solidarity with Al-Azhar students, including Cairo University, Port Said University and Tanta University.