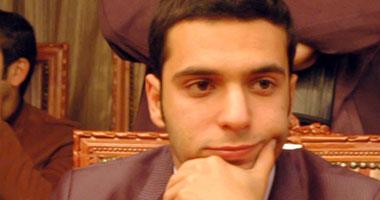 The student office of the Al-Dostour Party, also known as Al-Midan Student Group, demanded on Saturday the resignation of the President of Egypt’s Student Union (ESU) Mohamed Badran.

Al-Midan Student Group said that Badran has forgotten his original duty, which is protecting the right of freedom of expression of students. In a statement, the group criticised Badran’s consent to the suspension of activities in Al-Azhar University and his absence in the voting session of the article concerning military trials: “[These actions ] conflict with his duties and expected role”.

The statement added: “A student who favours the side of the police state over the rights and demands of the students shouldn’t remain on our side. We demand  Badran’s resignation.”

Mohamed Soliman, President of the Dostour’s Party Student Office, said: “Badran won because of the support of Al-Midan Student Group, who decided to take down the Muslim Brotherhood candidate who represented the regime in power at the time.”

The Student Office of Al-Dostour Party has voiced its opposition against decisions and statements made by the party’s political committee and has identified itself with significant statements that reflect the opinions of the students (who are the largest supporters of the party) rather than the party’s leaders.

The biggest conflict among the party’s leadership and its student office was marked by the statement the Student Office made after what they call the “3 July coup”, where they clearly indicated that they oppose what they call “military rule” and “the Brotherhood rule.”

Several student groups from Zagazig University signed a statement calling for Badran’s resignation. The statement, which voiced a similar sentiment to that of the Al-Midan Student Group, demonstrated the students’ disappointment in Badran’s performance regarding “the violations” that have been taking place in the last period from “oppression, assault, detention, killing, and intrusion of security forces into university campuses.”

Several student activists have accused Badran of being part of a campaign to support the drafting of the current Egyptian Constitution and is using the Youth Commission as a cover up for it.

The Youth Commission was proposed by Presidential political advisor Dr Mustafa Hegazy to empower the Egyptian youth and engage them in the political arena.

Salma Samy, a student activist working with the Association of Freedom of Thought and Expression Student Observatory, was invited to one of the meetings and explained that three meetings have been arranged for the Youth Commission, but instead they discussed the campaign supporting the constitution.

Samy said: “Badran ran the meetings and asserted that the membership of the Youth Commission will be linked to the success of the campaign.”

According to Badran’s Facebook page, he met Saturday with Prosecutor General Hesham Barakat to ask him about the detained students, who had not been proven guilty. Barakat replied that anyone not proven guilty would be released.