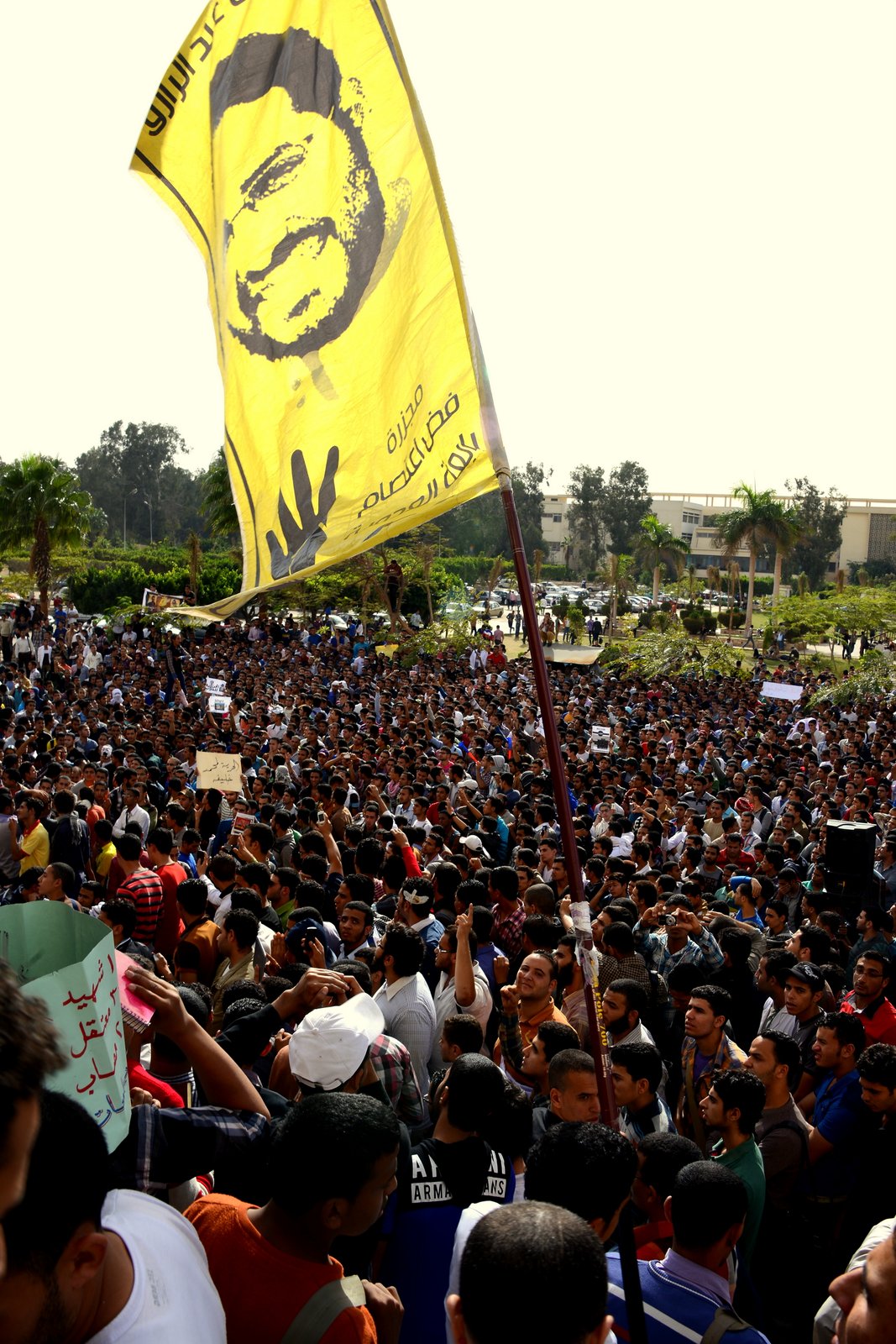 Two journalists were detained on Sunday for covering Al-Azhar demonstrations; Al-Azhar student and correspondent for the Student Observatory of the Association of Freedom of Thought and Expression (AFTE), Ahmed Noor Al-Din was detained with Daily News Egypt photojournalist Aaron T. Rose.

“I took a taxi to leave Al-Azhar after the protest, then a black car with no plates cut off my taxi and men in civilian clothes grabbed me into the black car.” Rose said. “They then took me to the administrative building where I found another arrested journalist [Noor Al-Din].”

Both journalists were taken to Nasr City police station and then sent to the prosecutor general, who ordered Rose’s release. The police station held Rose in a separate cell for four extra hours to “ensure he checked out with state security.”

“I was nervous at that point, since I remembered the fate of the two Canadians who were arrested earlier this year and the Frenchman who was killed by his cellmates after he was detained for breaking the curfew,” the American photojournalist said.

Ali Atia, lawyer at The Arabic Network for Human Rights Information (ANHRI) said the citizenship of the accused had a bearing on the releases. “Rose was released in the same day because he is an American citizen, while the other student spent the night,” he said, adding that there was no criminal case against the journalists – just a simple violation of Al-Azhar University regulations. Al-Azhar administrative security handed the journalists to the police “to intimidate them”.

AFTE released a statement earlier in November calling the school-week from 9 until 14 November “the most violent and dangerous period for Egyptian universities since the 25 January Revolution.” The violations comprised security forces breaking into university campuses, firing tear gas, and detaining students. The universities included in the statement were: Zagazig, which witnessed the worst violations according to AFTE, Al-Azhar, Mansoura, Assiut, Cairo, and Damietta. Such “violations” triggered strikes in the aforementioned universities.

Many rights groups, such as Reporters Without Borders and the International Federation for Human Rights, have pointed out over the last few months that the environment for working as a journalist in Egypt has become increasingly hostile. ANHRI said on Sunday it had collated a total of “37 violations committed by the Muslim Brotherhood… between 26 June and 26 August.” The group also documented 51 violations committed by the authorities, 17 by unknown perpetrators and seven by opponents of the deposed president.