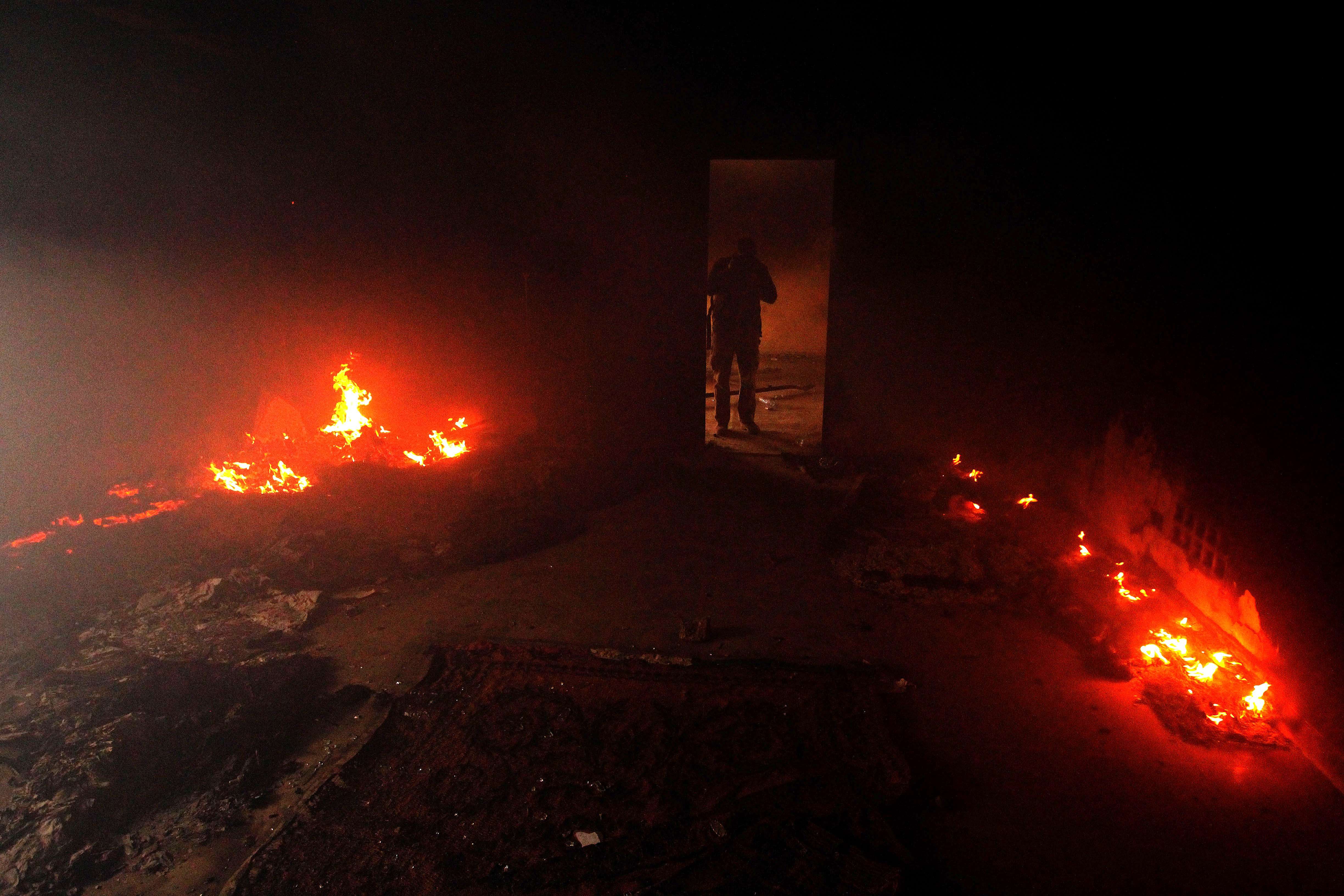 The bloodshed came a day after US Secretary of State John Kerry vowed to work with the international community to try to restore order in Libya which has been hit by growing unrest.

Military governor Colonel Abdullah al-Saidi declared a “state of alert” and ordered all soldiers to report for duty at their barracks, in what was the first such confrontation between the army and Libya’s heavily-armed top jihadist group.

The government warned that the army was a “red line” not to be crossed and called in a statement for calm, urging Benghazi residents to cooperate with loyalist forces.

Nine people were killed and 49 wounded, it said, although a health ministry later gave AFP a casualty toll of eight dead and 51 wounded.

Medics at Benghazi’s Al-Jala hospital have said at least five soldiers were among the dead.

There was no immediate casualty toll for the jihadists, as they were being treated in a clinic run by Ansar al-Islam.

“A violent clash has been taking place for several hours between our forces and an Ansar al-Sharia cell,” Colonel Milud al-Zwei, spokesman for Libya’s special forces, told AFP.

He said the fighting broke out after a special forces patrol near the group’s headquarters came under attack, prompting retaliation from the army “with all types of weapons”.

Zwei said fighting between the two sides spread to other districts of Benghazi, especially near the group’s charity clinic in the Selmani area.

Explosions and gunfire were heard in several neighbourhoods, an AFP journalist said.

Witnesses said gunmen had set up checkpoints on roads leading into Benghazi to prevent reinforcements reaching the Islamists.

As a relative calm gripped the city in the afternoon, a group of angry residents torched an office belonging to the jihadists.

Ansar Al-Sharia emerged after the 2011 fall of Moamer Kadhafi’s regime, with its military wing composed of former rebel fighters.

Blamed for the murders of judges and security personnel in Benghazi, it is also suspected of responsibility for a September 2012 attack in which the US ambassador and three other Americans were killed.

It denies any involvement.

The group, which demands implementation of sharia Islamic laws as the sole source of legislation, controls areas of Benghazi as well as Sirte and Derna, also in eastern Libya.

Libyan and foreign analysts say jihadists are responsible for much of the violence in eastern Libya but that the government has been loathe to take on the heavily-armed groups for fear of reprisal.

Ansar al-Sharia itself has said it does not recognise state institutions or its security forces, even as the government struggles to integrate former rebel fighters into a regular army and police force.

The violence in Benghazi comes as the authorities have been taking steps to evacuate militias from Tripoli, on the back of popular discontent in the capital against armed groups.

On November 15, 46 people were killed and more than 500 wounded in clashes in Tripoli after militiamen opened fire on peaceful demonstrators calling for them to leave the city.

In similar protests, Benghazi residents had in September 2012 managed to dislodge Ansar al-Sharia from their headquarters, only for the jihadists to return a few weeks later.

On Sunday, the US secretary of state held talks in London with Libyan Prime Minister Ali Zeidan and British Foreign Minister William Hague to discuss the growing unrest in Libya.

Kerry later said the talks focused on how Washington and London can “help Libya to achieve the stability that it needs”.

“Libya has gone through great turmoil, particularly after the course of the last weeks,” he said.

Ex-rebels who helped topple and kill Kadhafi in 2011 have banded into militias and carved their own fiefdoms, each with its own ideology and regional allegiance.