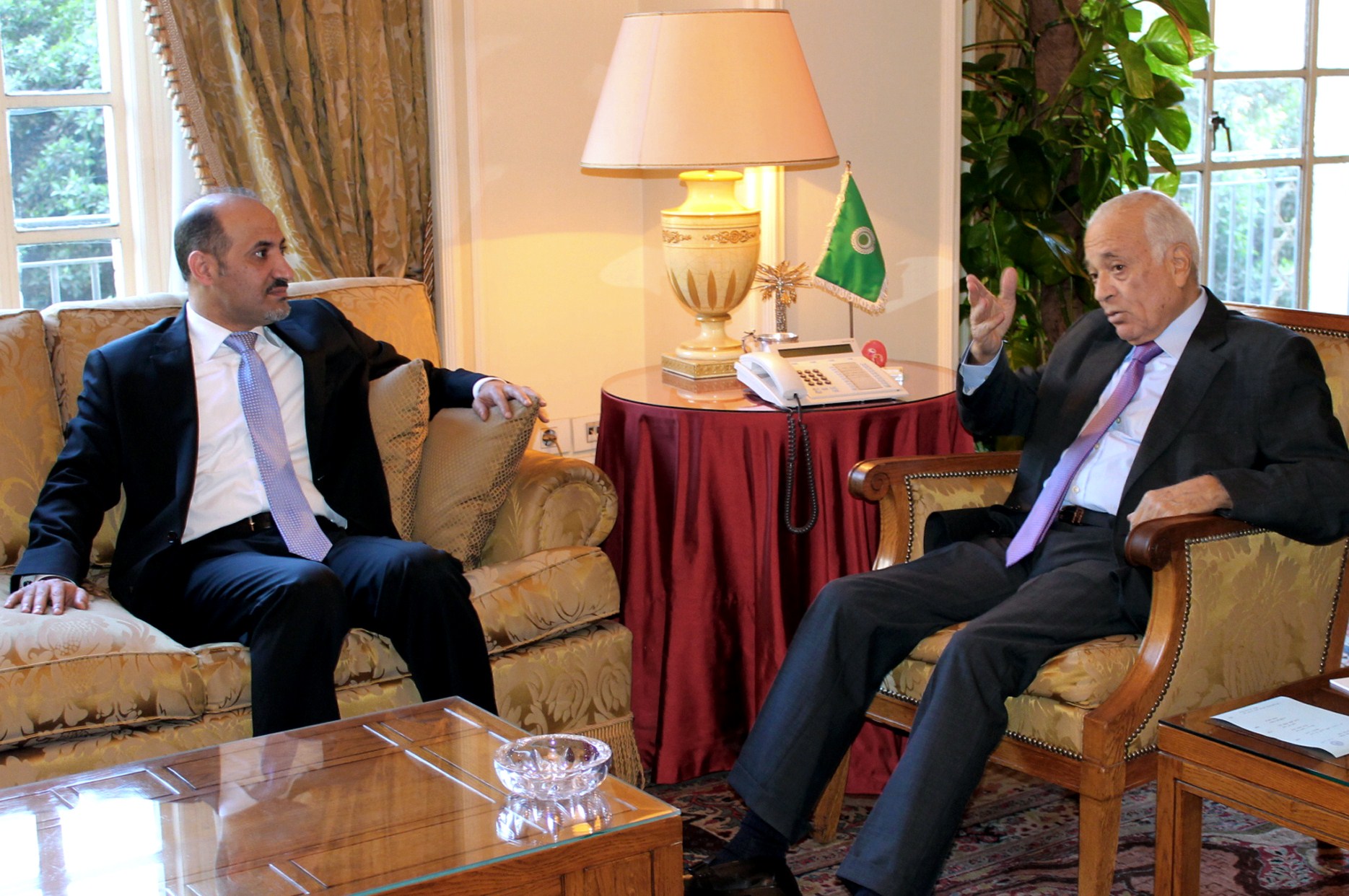 Ahmad Jarba, the President of the Syrian National Coalition, met with interim Minister of Foreign Affairs Nabil Fahmy and Nabil El-Araby, Secretary General of the Arab League on Tuesday following Monday’s announcement by the United Nations that the long anticipated “Geneva 2” conference is set to take place in January.

El-Araby highlighted the importance for both sides to commit to attending the conference to “spare Syria and its people more suffering and bloodshed,” said an Arab League statement. The Arab League chief called for a UN implemented ceasefire and for increased humanitarian access to all affected areas. El-Araby also called for “concerted efforts” to form a transitional government as per the original Geneva Communiqué agreed upon in 2012.

The communiqué from the 2012 meeting calls for a political settlement to the Syrian civil war and the installation of a transitional government, which “could include members of the present government and the opposition and other groups.” The opposition and the international community have said that there is no place for Syrian President Bashar Al-Assad in the future of Syria. The regime has said repeatedly that it would refuse to attend any talks with pre-conditions in place.

The United States, Russia and the UN-Arab League Joint Envoy Lakhdar Brahimi were praised by UN Secretary General Ban Ki-Moon for their efforts to convene the conference, which had been originally scheduled for June 2013.

The Syrian conflict has been ongoing since 2011 and has resulted in over 100,000 deaths, over 5 million internally displaced persons and the creation of more than 2.25 million Syrian refugees. The civil-war has also witnessed the use of chemical weapons, which was confirmed by UN inspectors. The rebels blamed the regime for using the chemical weapons, which it has denied, placing blame on the rebels themselves. There has also been an increase of extremist groups linked to Al-Qaeda operating against the government, raising concerns over the possible further escalation of the conflict.

The conflict is also causing a regional impact with countries receiving refugees fleeing the conflict. The United Nations Refugee Agency said on Tuesday that there are 128,158 persons of concern currently inside Egypt.