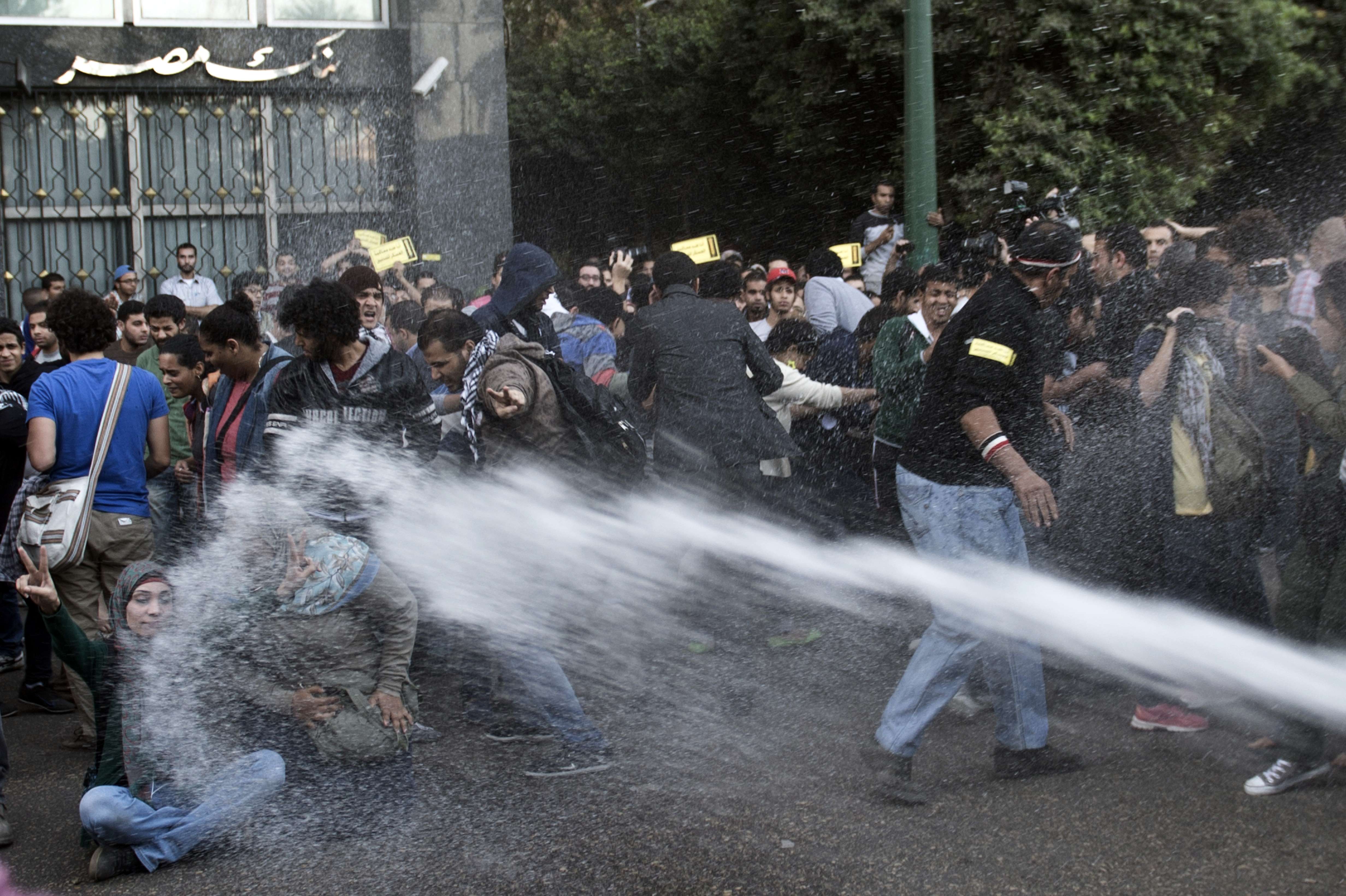 The United States Department of State urged the Egyptian interim government to “respect individual rights”, in reference to the newly-passed Protest Law.

The Protest Law was issued by interim President Adly Mansour on Sunday. The version Mansour passed is close to the final version approved by the cabinet and passed to the presidency on 12 November, drawing wide criticism from domestic and international human rights organistations.

The US Department of State criticised the law in a statement released on Monday, in which it voiced its concern regarding the restrictions the law would impose on assembling peaceful protests.

The Department of State urged that the new constitution, currently being drafted and due to be finalised by 3 December, protect individual rights. It also pointed out that the law fails to meet international standards.

United Nations High Commissioner for Human Rights Navi Pillay urged Egyptian authorities to “amend or repeal this seriously-flawed new law” in a statement released on Tuesday, warning that the law could lead to “serious breaches” of the right to freedom of peaceful assembly.

“International law requires precision in detailing what specific conduct is prohibited by law,” Pillay said, adding that the law prohibits certain vaguely-expressed conducts without providing clear definitions for them.

The same point was raised by international human rights organisations Human Rights Watch (HRW) and Amnesty International. The latter said in a statement condemning the Protest Law on Monday that the law breaches international law and standards.

The Protest Law requires that organisers of any public assembly, be it a protest, march or general meeting, submit a written notice to the nearest police station with their plans at least three working days in advance. If the public assembly concerns elections, then the notice is reduced to 24 hours.

HRW cited a report released in May 2012 by the UN Special Rapporteur on the rights to freedom of peaceful assembly and of association. According to the report, the notification should be “subject to a proportionality assessment, not unduly problematic and be required a maximum of, for example 48 hours prior to the day the assembly is planned to take place.” Such notification is “ideally” only required for large meetings or meetings which might halt traffic.

HRW suggested that a prior notification should not be needed for a meeting of 11 or 12 people, especially if it will not halt traffic.

The special rapporteur’s report also warned against limiting the venues for demonstration to “the outskirts of the city or a specific square where its impact will be muted.” HRW highlighted how this could be violated in the Protest law, which allows the Minister of Interior to allocate a “buffer area” where all general assemblies are banned outside “vital institutions”.

Pillay described the law as “much too wide-ranging in terms of restricting locations.” She criticised Article 5, which prohibits any assemblies for political purposes in places of worship as well as launching marches from or to houses of worship.

“There are tens of thousands of mosques, churches, shrines and other such places of worship in Egypt,” she pointed out.

Amnesty International reminded that many protest marches have been taking off from mosques after prayers since the 2011 revolution.

“It is a dangerous sign that the first piece of legislation regulating rights and freedoms passed since the ousting of Mohamed Morsi curtails freedom of assembly and treats peaceful protesters like criminals,” said Hassiba Hadj Sahraoui, Middle East and North Africa deputy director at Amnesty International.

The same notion was reiterated by HRW, whose deputy Middle East director Joe Stork said; “This new Egyptian government’s first major legislative act clearly shows that its goal is to sharply restrict peaceful assembly and to let security shut down protests at will.”

The 2012 UN special rapporteur’s report states that “organisers of peaceful assemblies should not be coerced to follow the authorities’ suggestions if these would undermine the essence of their right to freedom of peaceful assembly.”

The new law has been receiving widespread criticism from domestic political movements since its issuance on Sunday. Meanwhile, security forces have implemented the law’s articles against two separate protests held in downtown Cairo on Tuesday; organisers of both protests had refused to submit written notices to concerned authorities.