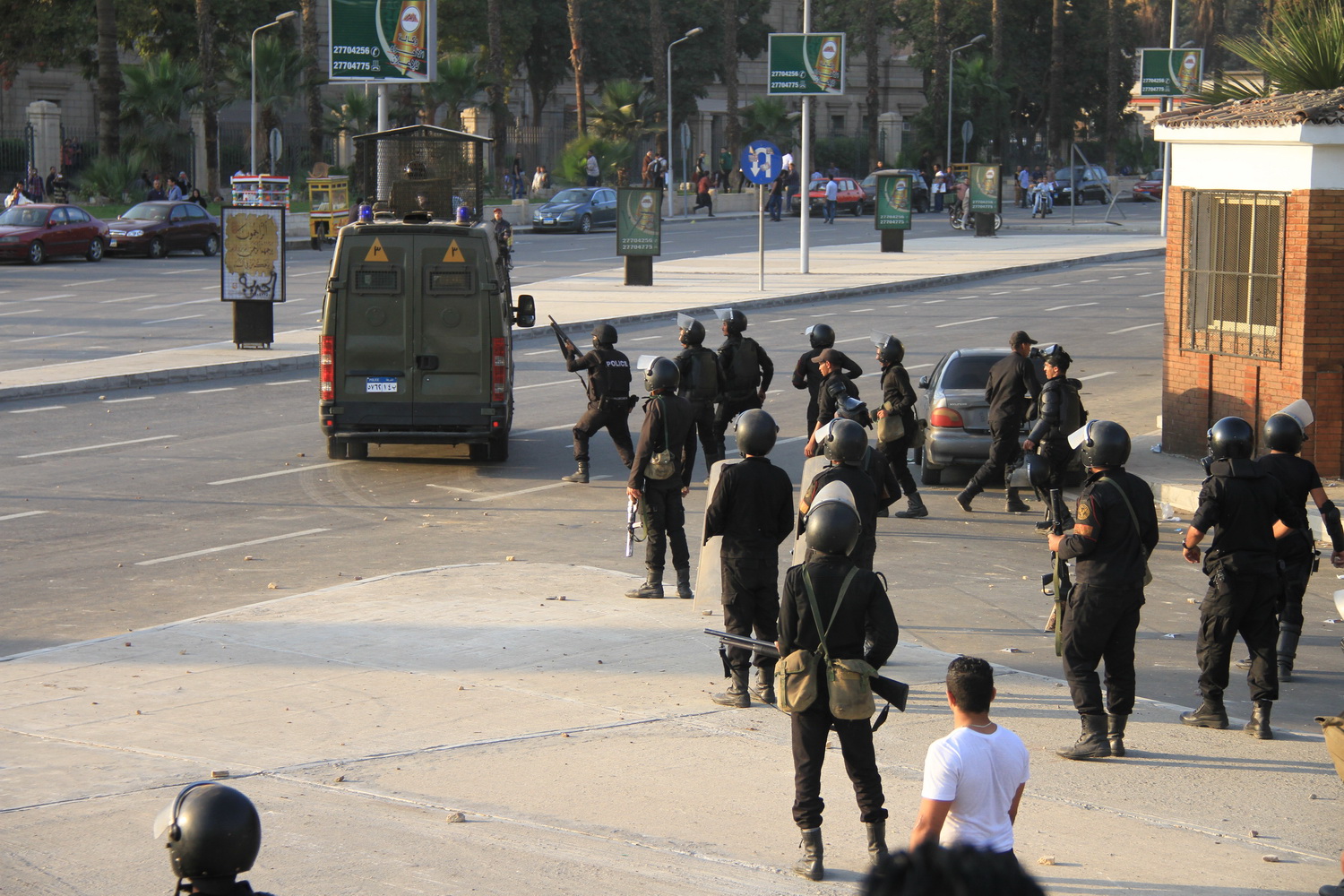 Slain Engineering student Mohamed Reda died after being shot three times in the back, chest and pelvis, the Association of Freedom and Thought (AFTE) said, citing the initial forensic report.

The report as cited by AFTE states that the student suffered “gunshot wounds.” The initial report states that Reda suffered from severe internal hemorrhaging in the chest cavity leading to shock.

Reda died on Thursday after violence between police and protesting students at Cairo University.

The Forensic Medicine Authority’s spokesman could not be reached for comment but the Ministry of Interior spokesman, Hany Abdel Latif, said police only used teargas “as documented in all videos.” He added that there is an ongoing investigation to find “the perpetrators of this crime.”

His autopsy began in the late hours of Thursday and was authorized after Reda’s body was examined by prosecution. A funeral procession is scheduled for the college freshman after Friday prayers.

A statement from the Ministry of Interior on Thursday said security forces used teargas and water cannons on protesting students when their demonstration began impeding traffic in front of Cairo University. It said it warned them at first through megaphones that they should return to the university campus “but they insisted on continuing to block the road.”

Students from Cairo University, Al-Azhar, Mansoura, Alexandria and Zagazig universities have held demonstrations since the beginning of the academic year. In many cases, the protests have turned into violent stand-offs with security forces.