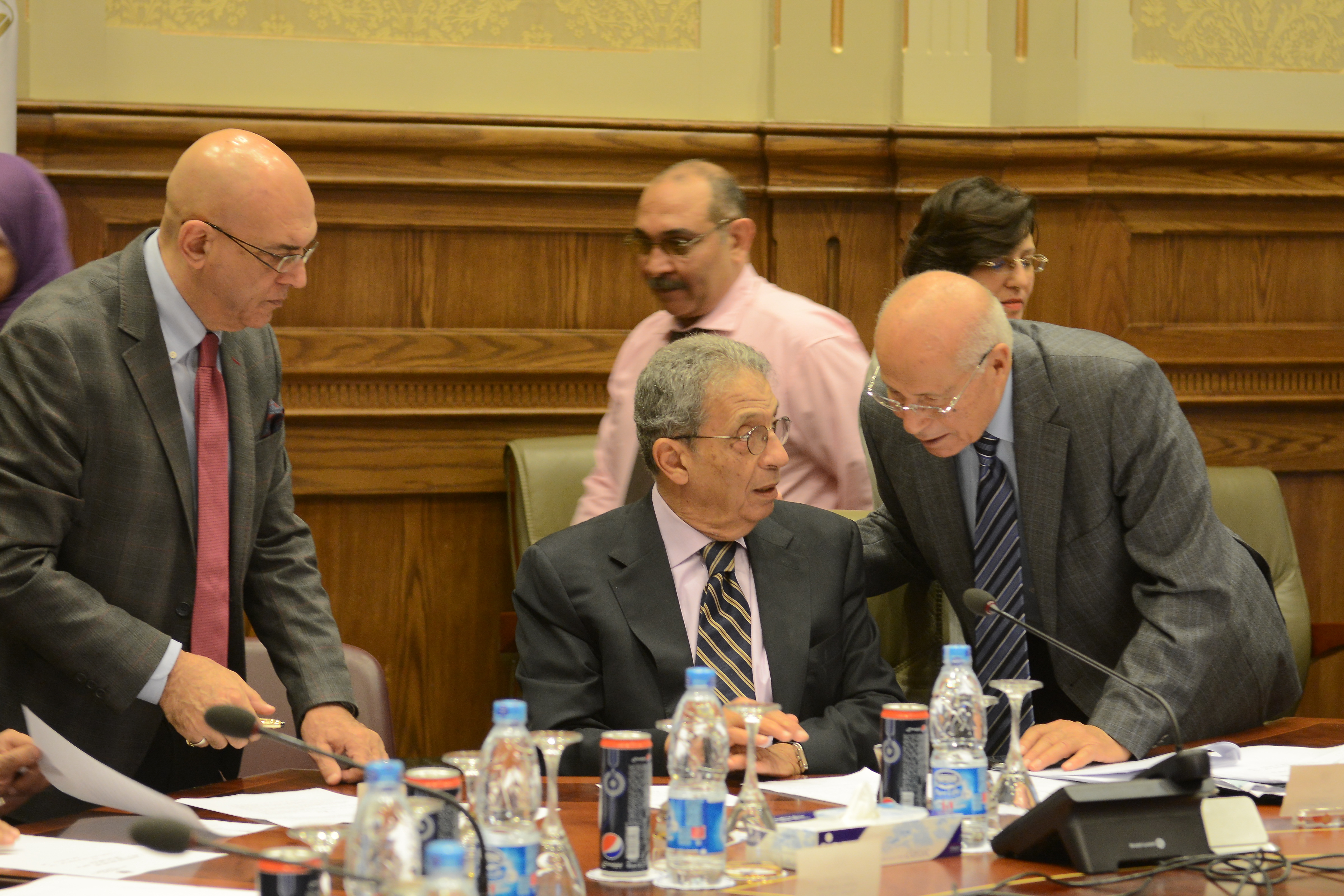 The 50-member Constituent Assembly tasked with amending the 2012 constitution finally agreed on the constitution preamble on Thursday alongside a number of contentious articles after a week-long debate.

Constituent Assembly spokesman Mohamed Salmawy announced in a press conference on Thursday that the assembly is done with the preamble as well as other contentious articles that have been delaying the final vote on the constitution. The draft constitution will be sent to the 10-member Legal Experts’ committee to adjust the wording and refer it back to the assembly to conduct its final vote.

The constitution’s preamble included a brief rundown of Egypt’s historical cornerstones as well as certain controversial topics among assembly members. It provided a definition to the term “the principles of Islamic Sharia” according to the definition put forth by the Supreme Constitutional Court, giving the court exclusive authority to “interpret constitutional articles in its rulings.”

The Salafi Al-Nour Party was insistent on providing a clear definition of the “principles of Islamic Sharia” within the new constitution, to be possibly included in the preamble.

Article 2 of the constitution states that the principles of Islamic Sharia are the main source of legislation. The 2012 constitution included Article 219, which defined such principles. Several members of this year’s Constituent Assembly are nevertheless against including this article. Salmawy announced on Thursday that article 219 was discarded from the new constitution.

Al-Nour Party representatives could not be reached for comment over the approved definition of the “principles of Islamic Sharia”.

The preamble also points out that the Egyptian state is a “modern, democratic one” ruled by a “civilian government”. The assembly was in disagreement over whether or not to state that Egypt is a “civil” state within the preamble to imply that its government is neither religious nor military-oriented. Mohamed Abdel Salam, Al-Azhar Institution’s representative in the assembly, had reportedly said Al-Azhar is against adding the phrase.

Salmawy said that the Constituent Assembly agreed not to allocate any minorities parliamentary quotas and leave the issue to the next parliament, to draft a law concerning parliamentary quotas. Last week, the assembly was widely criticised by several workers’ unions after it cancelled the 50% parliamentary quota allocated to farmers and labourers since the era of late President Gamal Abdel Nasser in the 1960s.

The Egyptian Trade Union Federation (ETUF) assembly representative Abdel Fatah Ibrahim announced his preliminary withdrawal from the assembly as a response to the cancellation of the farmers and labourers’ quota.

Mostafa Rostum, head of the ETUF’s International Relations Administration, said on Friday that Ibrahim’s withdrawal from the Constituent Assembly remains in action. He added that the ETUF will announce its final stance from the constitution, especially the cancellation of all parliamentary quotas, on Saturday.

National Council for Women Mervat Al-Tallawy, who is also the council’s representative in the Constituent Assembly, said she will “not accept” being placed within a quota or a certain segment, “since women represent half of society – not just 10%.” The Constituent Assembly had reportedly discussed suggestions of allocating a 10% parliamentary quota for women.

Salmawy had repeatedly stressed the Constituent Assembly will be completely done with the constitution on Tuesday, 3 December. He said last Tuesday that the referendum on the constitution will be held in December as well.