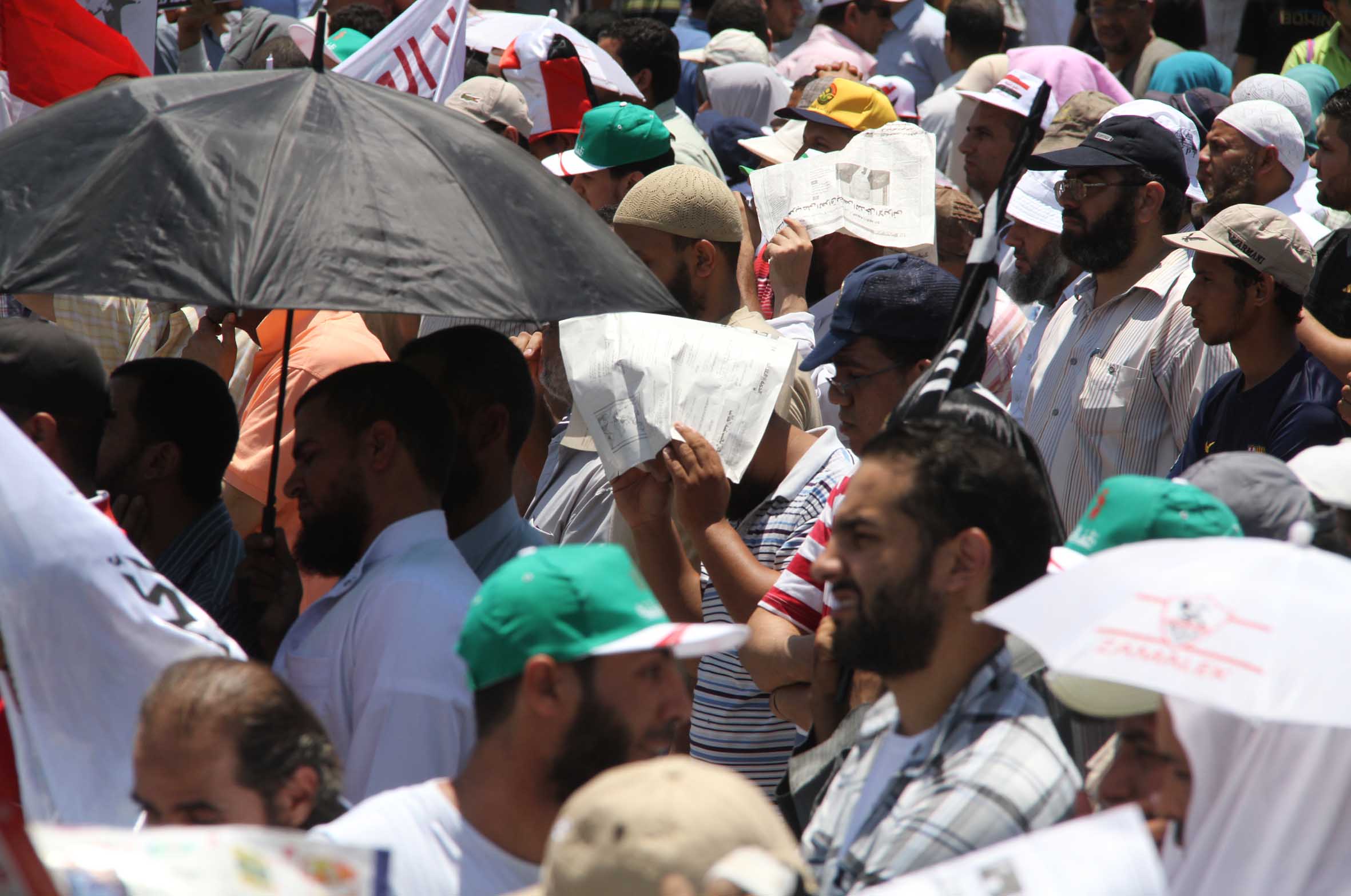 The Ministry of Interior said members of the Muslim Brotherhood are planning marches in Cairo and Giza after the Friday prayers without “notifying the concerned police stations or getting approval.”

The Anti Coup Alliance which includes the Muslim Brotherhood as well as several other movements and parties called on Egyptians to protest on Friday under title of “justice approaches.” The protest is held to commemorate the deaths of 37 pro-Mohamed Morsi prisoners killed en route to Abo Zaabal Prison on 18 August.

The Interior Ministry said in its statement on Thursday that as part of its commitment to law enforcement, “it warns everyone from organising events, rallies, processions, or protests in violation of the law and without prior notice to the authorities.”

It added that it will deal with such “illegal” gatherings with decisiveness and firmness as guaranteed by the law.

On 24 November, a controversial Protest Law was issued by Interim President Adly Mansour. The law stipulates that organisers of any public assembly, be it a protest, march or general meeting, submit a written notice to the nearest police station with their plans at least three working days in advance.

It also gives the police right to call on protesters to leave then use water cannons, batons and teargas, if they refuse to leave the gathering. If the aforementioned prove fruitless, security forces have the right to “gradual use of force” where they can; including firing warning shots or sound bombs, use rubber bullets, and then use birdshot.

The first protest oragnised under the new law was forcibly dispersed by Central Security Forces. The second protest was held on the same day and was also forcibly dispersed, with dozens arrested. Most of those arrested were eventually released but 24 remain in detention pending investigation.

The Protest Law has been heavily criticised by both local and international groups. There have been calls for the government to amend or rescind the law from the United Nations, Human Rights Watch, the Egyptian Organisation for Human Rights and Al-Nour Party.