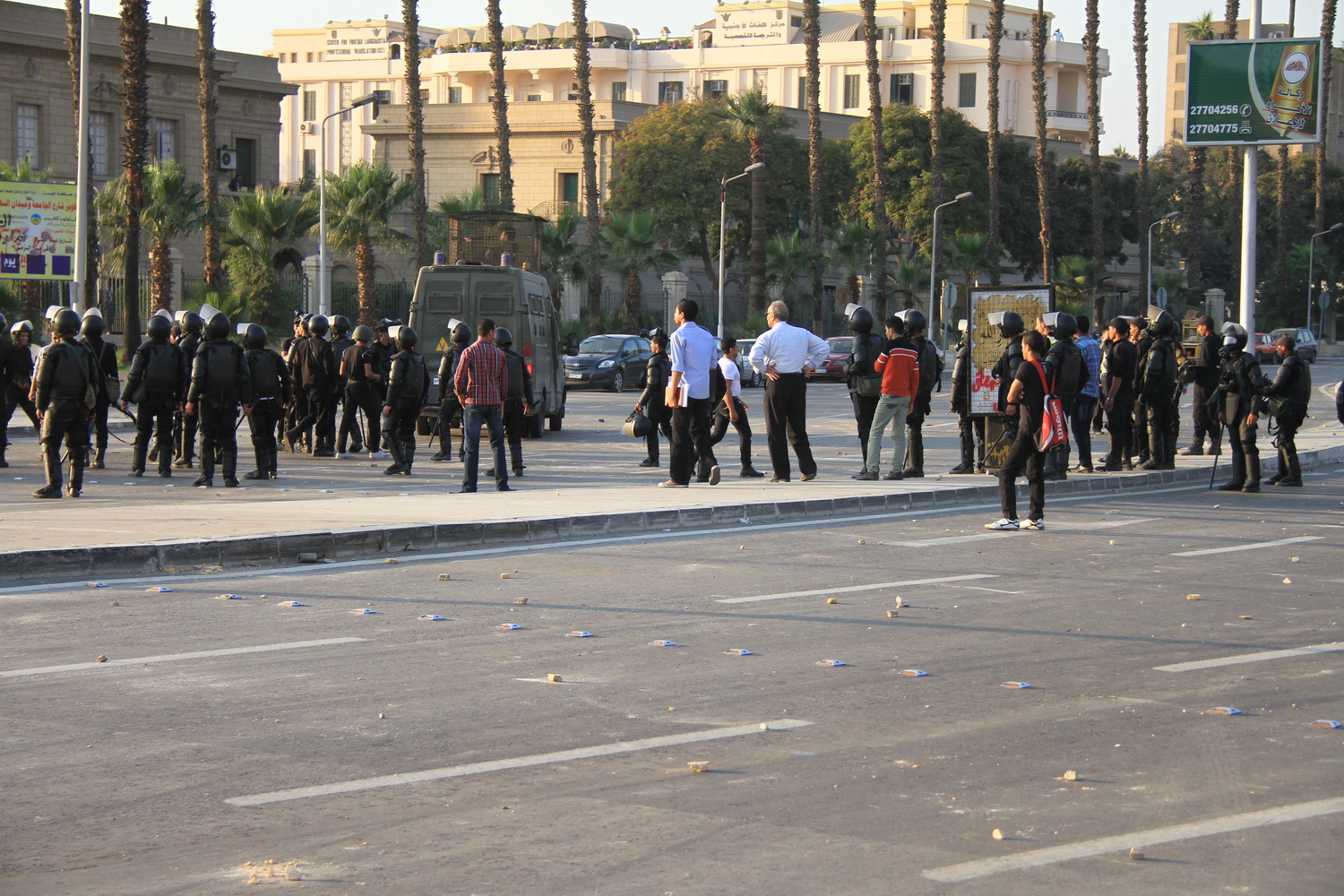 Cairo University Student Union (CUSU) issued a statement on Saturday announcing the withdrawal of their president, Hisham Ashraf, from the 50-member Constituent Assembly, for which he was a back-up member, and demanding the removal on the Minister of Higher Education.

The statement also announced the withdrawal of CUSU from the Egyptian Student Union as well as freezing its activities indefinitely following the death of Mohamed Reda, an engineering student at Cairo University, on Thursday by campus security. Reda was shot dead by birshots.

In the statement, CUSU gave a list of demands that included asking Dr Gaber Nassar, the president of Cairo University, to “throw out” the security forces from the university campus, describing them as “repressive and barbaric”. In the case that these demands were not met, the union members threatened to resign.

CUSU announced the “absolute refusal” of the return of security forces to university campuses and the new Protest Law; they stressed that students should have the right to protest and express their opinions as long as it is done peacefully.

The statement included an invitation for all Cairo University students to protest on Sunday at noon at the main campus, the dome building, calling for retribution for Reda. The Cairo University administration issued a statement on Saturday condemning the violence.

The statement added that investigations will take place regarding the violence of security forces, which “crossed all limits” and resulted in the death of a student and the injury of several others.

The university promised to form a committee headed by the deputy dean of the Faculty of Engineering, the head of the legal department and the representative of CUSU.  A legal team will be formed to sue the perpetrators, the statement said.

Faculty members of Cairo University’s Faculty of Engineering also issued a statement on Saturday morning, prior to the promise of retribution by the Cairo University administration, announcing an indefinite strike starting Saturday 30 November, and invited all faculty members in all universities across the country to do the same until an investigation is ordered.

The statement described the security forces’ actions as a “violation” that “cannot be accepted or ignored”.

The student unions of several private universities also issued a joint statement on Friday in solidarity with the Cairo University students.

In the statement, the student unions announced that President of the Egyptian Student Union Mohamed Badran no longer represents them, as he has collaborated with security forces and allowed them to enter the campuses. The statement also demanded the resignation of the Minister of Higher Education and security officials who were responsible for the arrests and the death of Reda, which took place last Thursday at Cairo University.

They also announced their rejection of the new Protest Law, the presence of security forces inside university campuses and the military trials of civilians, describing them as attempts by security forces to “bury the revolution by force”.

Students in the University of Alexandria have also organised a protest, which began at 11am on Saturday; one of the protests was against the new Protest Law and in solidarity with the students at Cairo University.

The statement also demanded that the names of all of those who participated in the death of students since the 25 January Revolution be revealed and for them to be penalised. It also called for the instant release of all arrested students and for their punishments to be revoked.

The statement called for the cancellation of “all repressive laws, starting with the new Protest Law” and announced that the Egyptian Student Union President Mohamed Badran no longer represents Egyptian students.

The student union of the University of Tanta has also frozen its membership in the Egyptian Student Union, reported state-owned Al-Ahram.

On Thursday security forces violently dispersed a protest in Cairo University, killing an engineering student with three birdshot bullets, injuring several others and arresting four students. Security forces were firing birdshots and gas bombs from outside the campus at students protesting inside the campus.