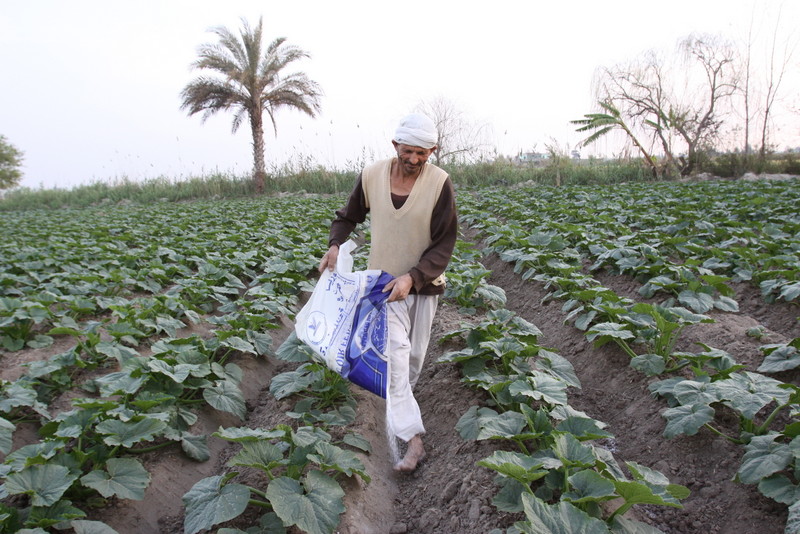 The Ministry of Industry and Foreign Trade is adopting new policies to control the nitrogen fertiliser market and meet the needs of the agriculture sector, according to an official statement from the ministry on Sunday.

The new policies include imposing charges on the export of nitrogen fertilisers, which will secure more quantities for the domestic market, and also providing “advantages” to companies that meet their commitment to the local market.

The local market’s needs have been estimated at about 12 million tonnes per annum while the local production of nitrogenous fertilisers exceeds 19 million tonnes, according to the statement.

Minister of Industry Mounir Fakhry Abdel Nour said that the new measures would ensure the swift delivery of fertilisers to both farmers and to the companies owned by the Ministry of Agriculture.

The government would assist in providing the farmers with fertilisers at reasonable prices, Abdel Nour said, stressing the government’s commitment to “protecting” farmers. Abdel Nour denied any shortage of nitrogen fertilisers during the interceding period.

According to the statement, the ministries of Agriculture and Industry are cooperating to not only meet the needs of the local market but also to eliminate the black market “which the farmers were suffering from for many years”.

Abdel Nour added that he expected beneficiaries of the black market to “fight these new policies”.

This decision came after several meetings between Abdel Nour, Minister of Agriculture Ayman Abu Hadid, fertiliser companies and the head of Chamber of Chemical Industries to discuss meeting the needs of farmers and the agricultural sector.

Egypt’s agricultural exports increased 20% during the previous fiscal year, Abdel Nour said earlier in September, adding that the ministry sought to increase the value of Egyptian agricultural products in the coming months by increasing rates of production.