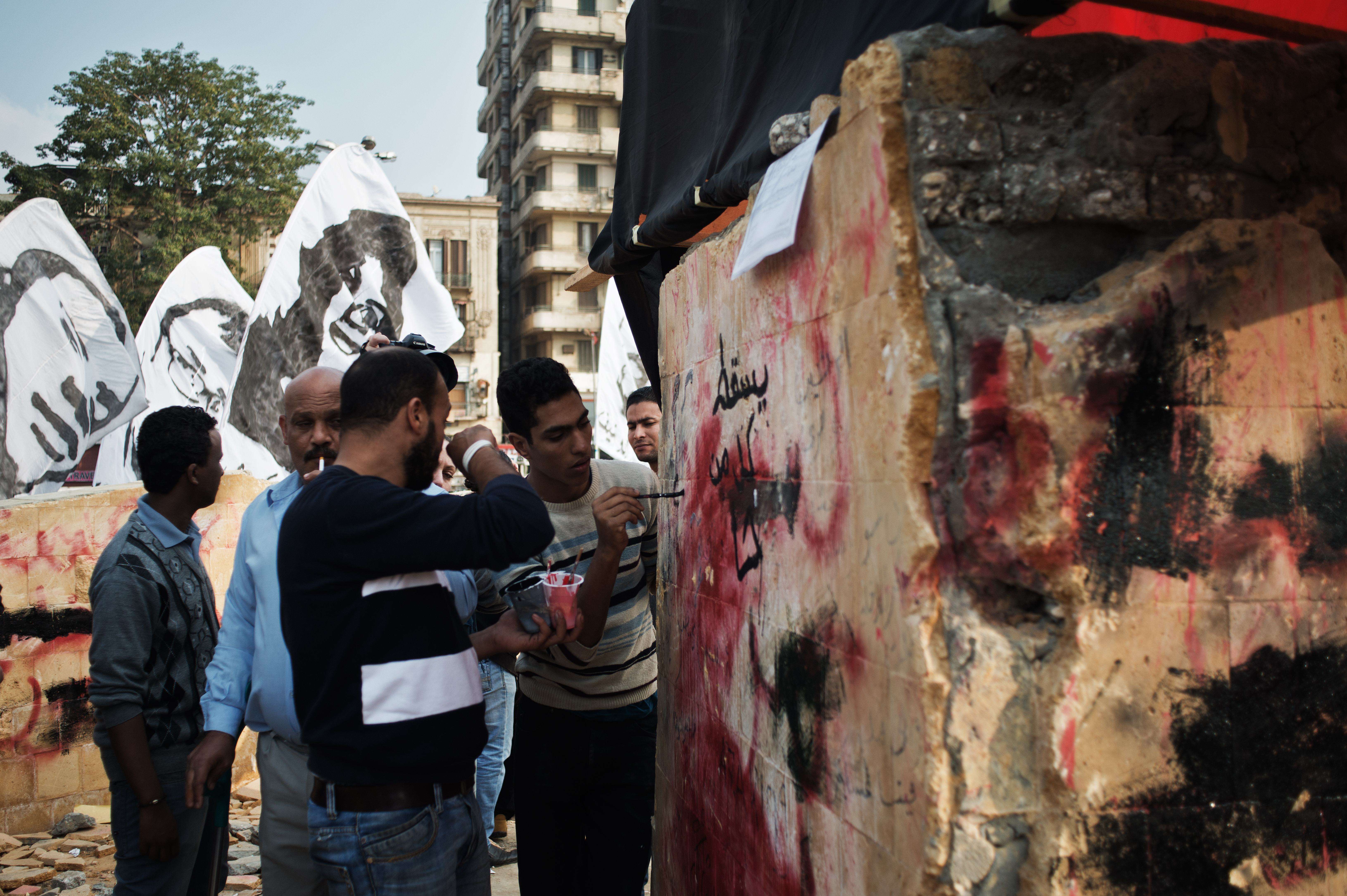 The Ministry of Interior announced that police had arrested 20 year-old Sherif Elsirfy for his part in defacing the monument that was erected in Tahrir Square by the interim government as a “memorial for the martyrs of the 25 January and 30 June revolutions.”

Elsirfy, a member of the 6 April Democratic Front, was arrested Sunday night in 6 October City, according to front member Mohamed Youssef. “The situation is very bad because they have pictures and videos of the people who were there,” he said, adding that Elsirfy is the first to be arrested in the case.

The ministry published two images, the first showing Elsirfy smiling and the second of what appears to be him attempting to cause damage to the monument.

Youssef said that Elsirfy has been held at the Qasr El-Nil police station since his arrest and that the investigation into the case had begun. He added that the front had provided Elsirfy with a lawyer.

Elsirfy had briefly been a member of a separate group called “Support the Army”, but Youssef insisted that he had left the group having been asked by the front “to choose the army or the revolution.”

The monument, which was built over two days in the centre of Tahrir Square, was inaugurated by interim Prime Minister Hazem El-Beblawi on 18 November. Within 24 hours of the inauguration the monument had been sprayed with graffiti and badly damaged by demonstrators opposing both the military and the Muslim Brotherhood.