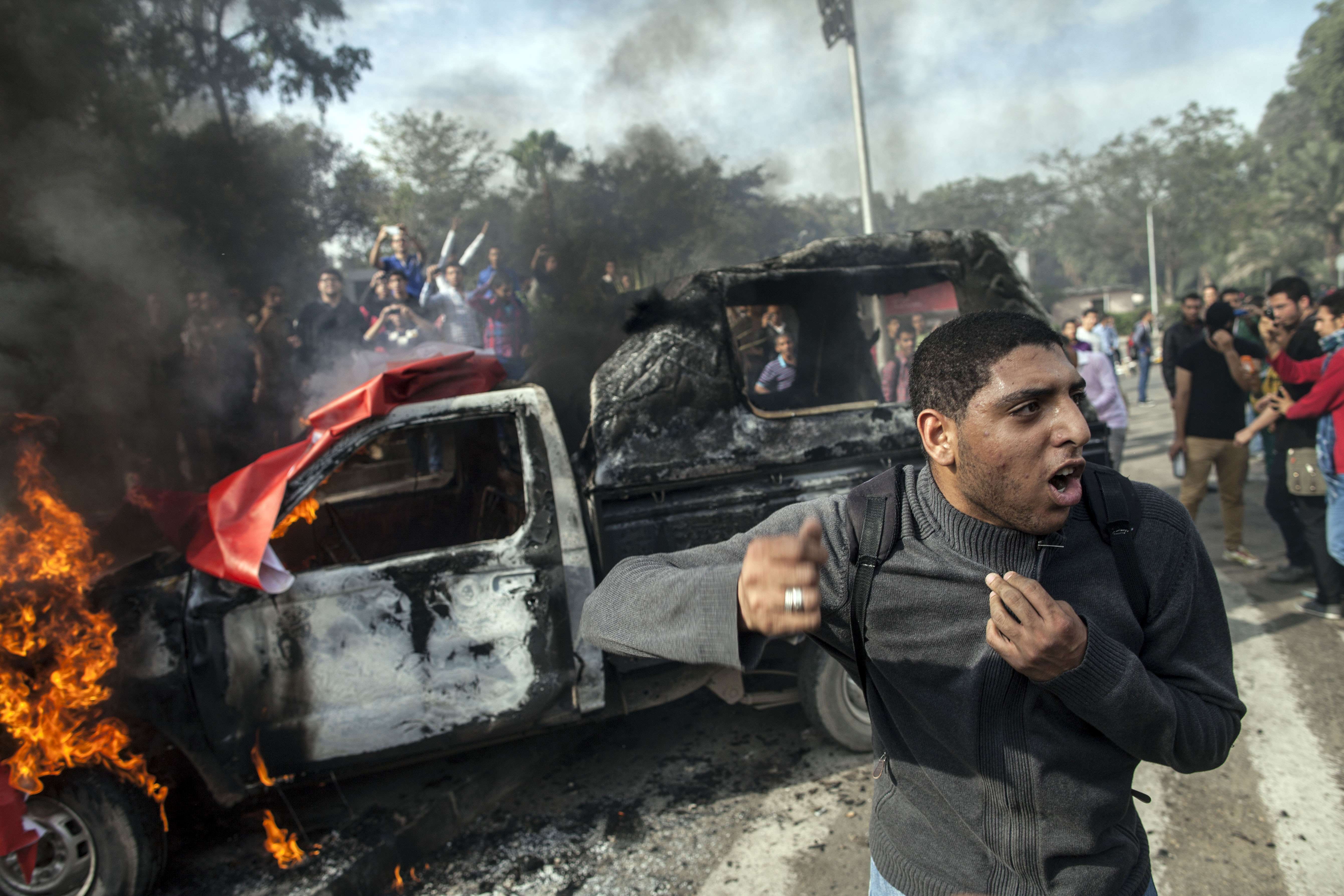 In a statement issued on Monday, prosecution said its preliminary investigations had indicated that the Cairo University engineering student was killed with three bullets in the chest and abdomen, leading to ruptured lungs.

The prosecution added that the student demonstration last Thursday was “in violation of the provisions of the [Protest] Law” and that police had taken measures to disperse the demonstration.

Investigations had been initiated immediately following the clashes between protesters and police at Cairo University on Thursday, according to the statement, and collected testimonies from eyewitnesses.

Protesters disrupted traffic and did not heed calls from the police to disband the demonstration prior to dispersal, per the statement, and security forces proceeded to use water cannons, chasing the students back into the university’s campus. The prosecution added that a group of students, including Reda, created a barrier between security forces and protesting students.

Monday’s statement went on to say that when Reda was creating a barrier between the two sides, demonstrators fired several shots, wounding him in the chest and stomach and was immediately transported away from the area by fellow students.

Twelve human rights and civil society organisations held the Ministry of Interior responsible for the death of the student, pointing to eyewitness testimonies they had acquired implicating the police in targeting protesting students with teargas and birdshot, adding that security forces had chased students even after they had retreated back onto the Cairo University campus.

In addition to the death of Reda, the groups said that one student had lost an eye to birdshot injuries.

The twelve organisations sent a letter to President of Cairo University Gaber Nassar condemning actions of the Ministry of Interior.

“The escalation carried out by the security forces last Thursday is a flagrant violation of all international conventions,” said a press release from the groups, which emphasised that police action on university campuses, including Cairo University and Al-Azhar University, were in violation of the independence of such academic institutions.

Protests at Cairo University continued on Sunday, and a march led by Students Against the Coup marched from the university in Giza to Tahrir Square, where security forces used teargas to rapidly disperse the demonstration, which was partially held in response to the killing of Reda and part of a longer student protest movement that has affected many Egyptian universities.