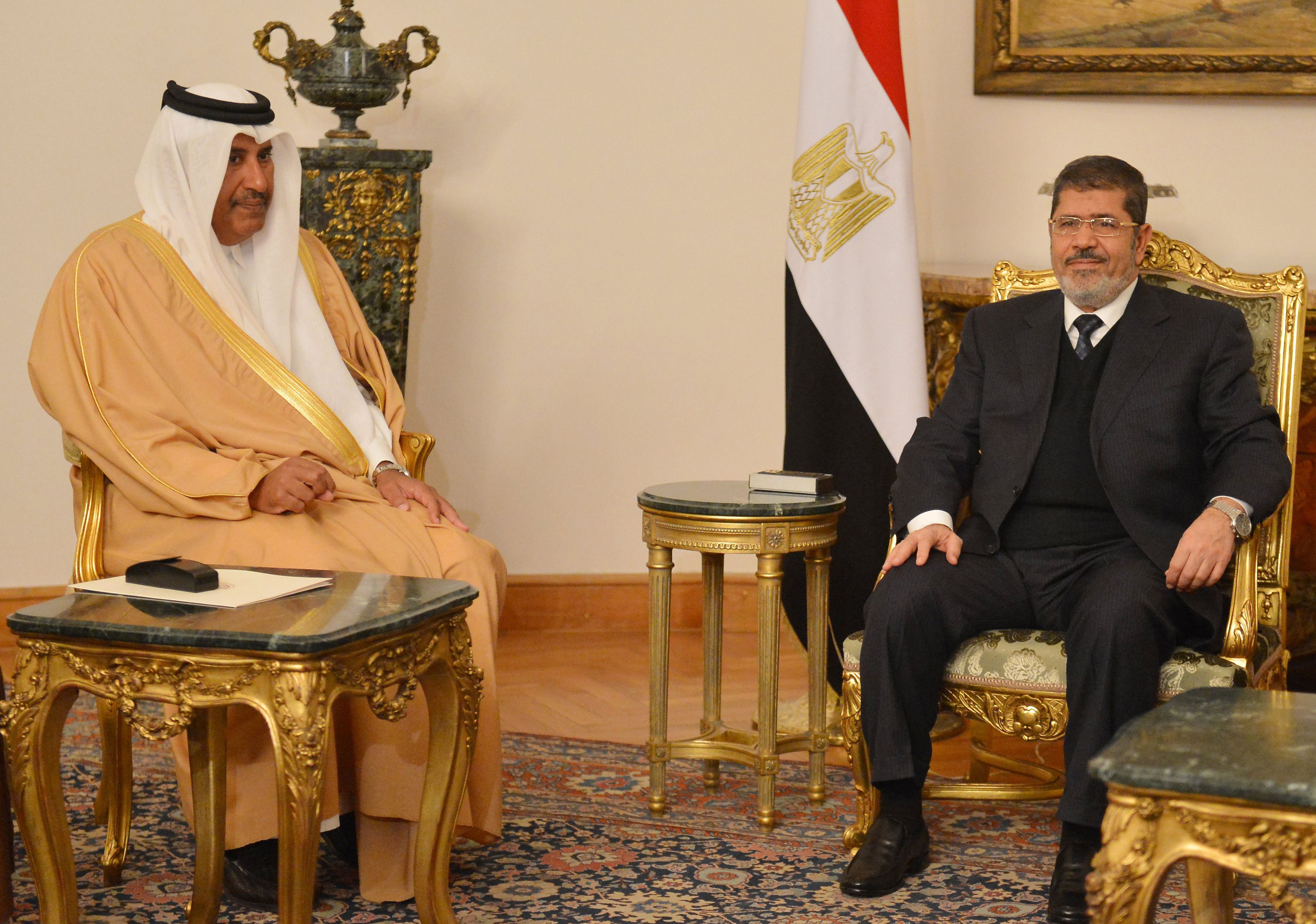 With one notable exception, wealthy Gulf Arab states are encouraging investment in Egypt to help shore up its army-backed government: the absentee is Qatar, rattled by the collapse of Islamist power in the biggest Arab country.

The contrast between Qatar’s reluctance and the enthusiasm shown by fellow Gulf financial powers illustrates the way politics can shape investment between the Gulf and the poorer, more populous countries of the Levant and north Africa.

The United Arab Emirates, in particular, is rallying its companies to launch or resume projects in Egypt, an Arab political heavyweight that has long received both Gulf Arab state aid and flows of private investment.

An Egypt investment forum for Gulf Arab financiers in Cairo on December 4 and 5 will shed new light on the readiness of the hereditary monarchies of the Gulf Cooperation Council (GCC) countries to prop up a government they regard as a firm friend.

The Arab Spring uprisings complicated that relationship: it brought to the fore the Muslim Brotherhood, long championed by Qatar as the answer to the Arab world’s socio-economic miseries but despised by other Gulf Arabs as religious radicals.

The anti-Brotherhood UAE, home to around 380,000 Egyptian expatriates and a major Arab investor in Egypt, withheld billions of dollars in aid after the 2011 overthrow of President Hosni Mubarak, a close ally of most Gulf Arab states.

Now that Mubarak’s successors have themselves been deposed, it is the turn of Qatar-Egyptian business ties to undergo a period of disruption, and for other investors to step in.

One senior Dubai-based banker, who spoke on condition of anonymity due to sensitivity of the matter, suggested the twists and turns of regional politics had been a challenge.

“In the Middle East, politics plays a major role in business, unlike most other regions and Qatar-Egypt relations are a perfect example of that,” he told Reuters.

“At the time of Morsi’s rule, we were pitching several investment options to the Qataris in Egypt and they were receptive. Today, at least two of those transactions are on hold because the relations have soured,” he said.

“It makes it difficult for us as advisers. We now have to pitch it to parties who are seen as friends. Who knows what the equation will be in another few months,” the banker said.

Despite the fall of a movement critics say Qatar is using to project its influence in the Middle East, few expect Qatar-Egyptian ties to remain in the doldrums indefinitely — Egypt is simply too important a market.

But for the moment, said Michael Stephens, researcher at the Royal United Services Institute based in Doha, “the relationship is very cold.”

“Obviously they are not going to provide financial support to a government that doesn’t like them.”

Saudi Arabia, Kuwait and the United Arab Emirates pledged more than $12 billion in aid to Egypt after the army toppled Islamist President Mohamed Morsi of the Muslim Brotherhood on July 3 following mass protests against his rule.

Now, Gulf Arab governments are indicating, it is the turn of the private sector to lend a hand.

Egypt’s ambassador to the UAE, Ihab Hamouda, said the Gulf state was spearheading a number of potential projects to be discussed with Gulf investors at the Cairo forum.

“There is a drive by the UAE to encourage investors to invest in Egypt in different sectors such as agriculture, education, infrastructure, oil and also tourism,” Hamouda said.

An informed source close to major Abu Dhabi investment companies told Reuters nearly $5 billion had been committed in loans and investment over the last four months and there was still scope for further investment in Egypt.

The contrast with a year ago could not be starker.

Qatar was a firm supporter of Morsi, lending or giving Egypt $7.5 billion in aid in his year in power and also promising billions of dollars of investment.

Billions of those aid dollars have now either been returned or cancelled by the new army-backed government.

Some of those pledges had already materialised during his tenure, with Qatar National Bank, the Middle East’s largest lender by assets, agreeing to buy the Egypt business of Societe Generale for $2 billion last year.

But after Morsi’s removal, Egypt returned $2 billion that Qatar had deposited with its central bank in late 2012, after talks to convert the funds into three-year bonds broke down.

Egypt also returned a $500 million deposit to Qatar at the start of November after Qatar refused to renew it upon its maturity, a central bank official said. The bank expects to return a further $500 million in early December, he said.

Egyptian authorities also refused a Qatari request to raise the number of flights between the two states, according to Egyptian airport sources, in a further sign of tension.

Banking sources aware of the matter said Qatar Petroleum had backed out of talks to buy German utility RWE’s oil and gas unit DEA because of the latter’s significant presence in Egypt. Egyptian assets make up about 10 percent of DEA’s likely value of between 4 and 5 billion euros including debt in any transaction.

Industry sources said in September that Egypt and Qatar were not negotiating further natural gas deliveries as supplies of fuels from other Gulf states and the end of peak summer demand had eased pressure on Cairo to reach a deal.

A Qatari industry source said the Egyptian army had to ease pressure on Morsi’s Muslim Brotherhood supporters before the two countries could resume talks on more fuel.

While Qatar looks askance at the army-backed government in Cairo, investment in Egypt evidently remains an aspiration.

In Doha, Ahmed Abou Hashima, chairman of Egyptian Steel and vice-president of the Qatar-Egypt Business Council, said business between the two countries was surviving.

“As Egyptians, 99 percent of us are born with a strong love for the army,” he said. “I imagine that very soon people will start to understand this and the relationships between Egypt and other countries will improve.”

A source from Qatar’s Foreign Ministry told Reuters it was “only a matter of time” before Qatar-Egypt ties improved.

“Maybe we are not giving support because we see that there is enough coming from the other Gulf states. We know Egypt is a vital country in the region and we can’t have bad relations with the Egyptian people, even if the army stays in power.”