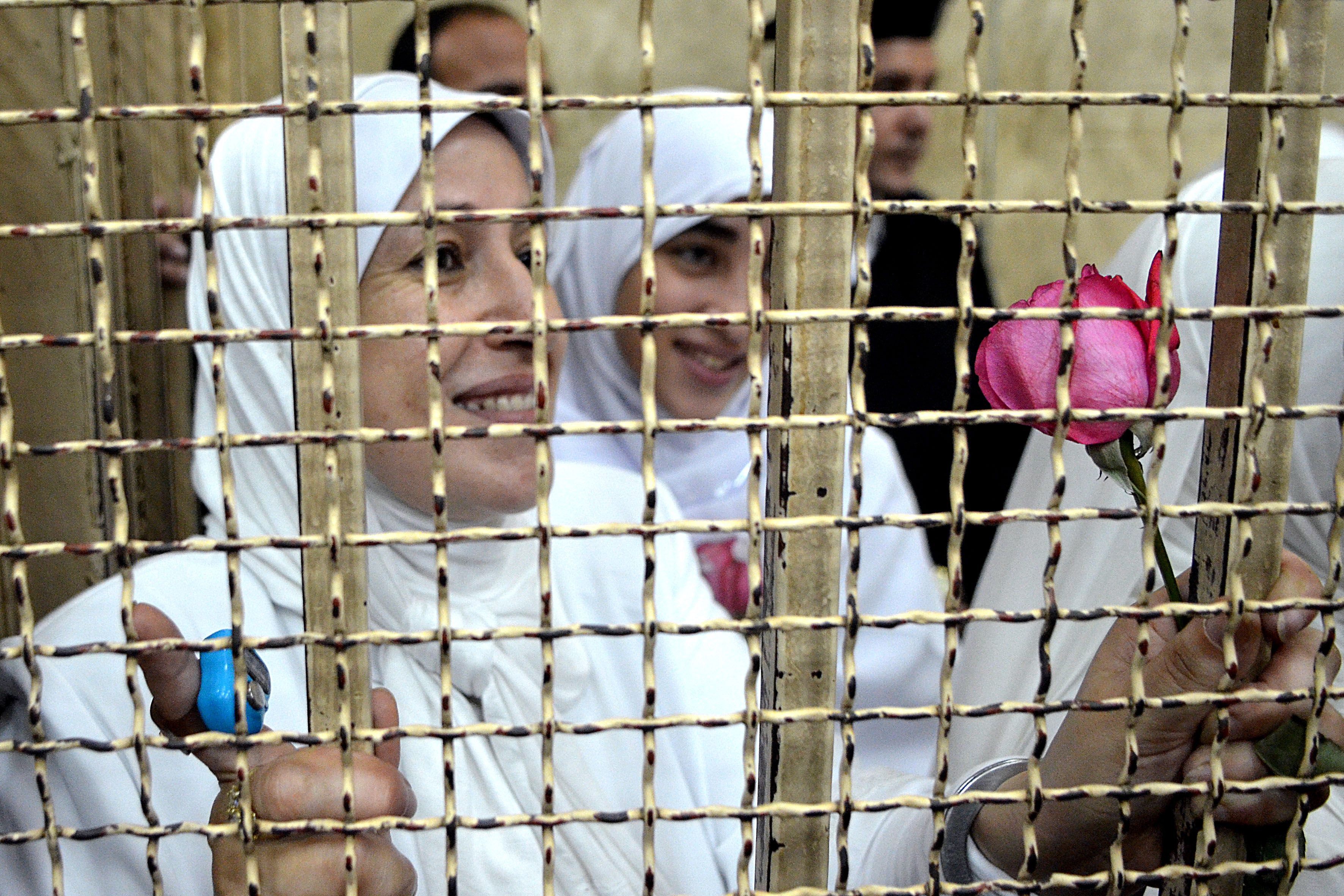 A group of 21 female protesters, 14 of whom were given 11-year prison sentences each, received dramatically reduced court verdicts on Saturday at the conclusion of their first and only appeal hearing.

The order of the defendants was released after the Sidi Gaber Appeals Court in Alexandria gave 14 of the defendants each one-year suspended sentences and acquitted seven others. The verdict included the release of seven female minors, who had also been found guilty, from a juvenile detention facility, where they were to remain until eligible to serve the remainder of their sentences in a prison.

The defendants had originally been found guilty of acts of violence, encroachment on public and private property and the possession of melee weapons.

The female protesters are part of a group called “7am,” which organises protests early in the morning before school starts.

Last week an appeal for the original verdict was accepted after two Alexandria appeals courts agreed to review the sentence, which was met with outrage across human rights groups, politicians and parties.

Human Rights Watch (HRW) released a statement before the verdict calling on prosecutors to drop the charges against the female protesters. “There… appeared to be no credible evidence in the court’s ruling that any of the 21 were engaged individually in the alleged crimes,” said HRW in response to the initial ruling.

The protesters were originally arrested on 31 October during an early morning protest, and the legal team told HRW that some of those convicted, 18 of which were students ranging between the ages of 15 and 19, were not taking part in the demonstration and were “in the wrong place at the wrong time”.

“The harsh sentence starkly contrasts with the failure of judicial authorities to hold security officers responsible for killing protesters,” said HRW on Saturday. The organisation pointed out that despite the killing of over 1,300 protesters over the past five months, security forces have only been investigated for the deaths of 37 detainees who were being transferred to Abu Zaabel prison in August.

The October arrests of the female demonstrators were part of an ongoing security crackdown on the Muslim Brotherhood and supporters of the ousted president.

In reaction to the original sentence, the Brotherhood’s Freedom and Justice Party blamed the “putschists” for “deterring the honest and honourable from continuing their rightful protests and their determined march to reverse the coup and achieve the objectives of the 25 January Revolution”.

Politicians including former presidential candidate Hamdeen Sabahy had called on interim President Adly Mansour to issue a pardon for the convicted protesters, while rights groups including the Arab Network for Human Rights Information condemned the sentence as a political crackdown aiming to target the right to peaceful protest.