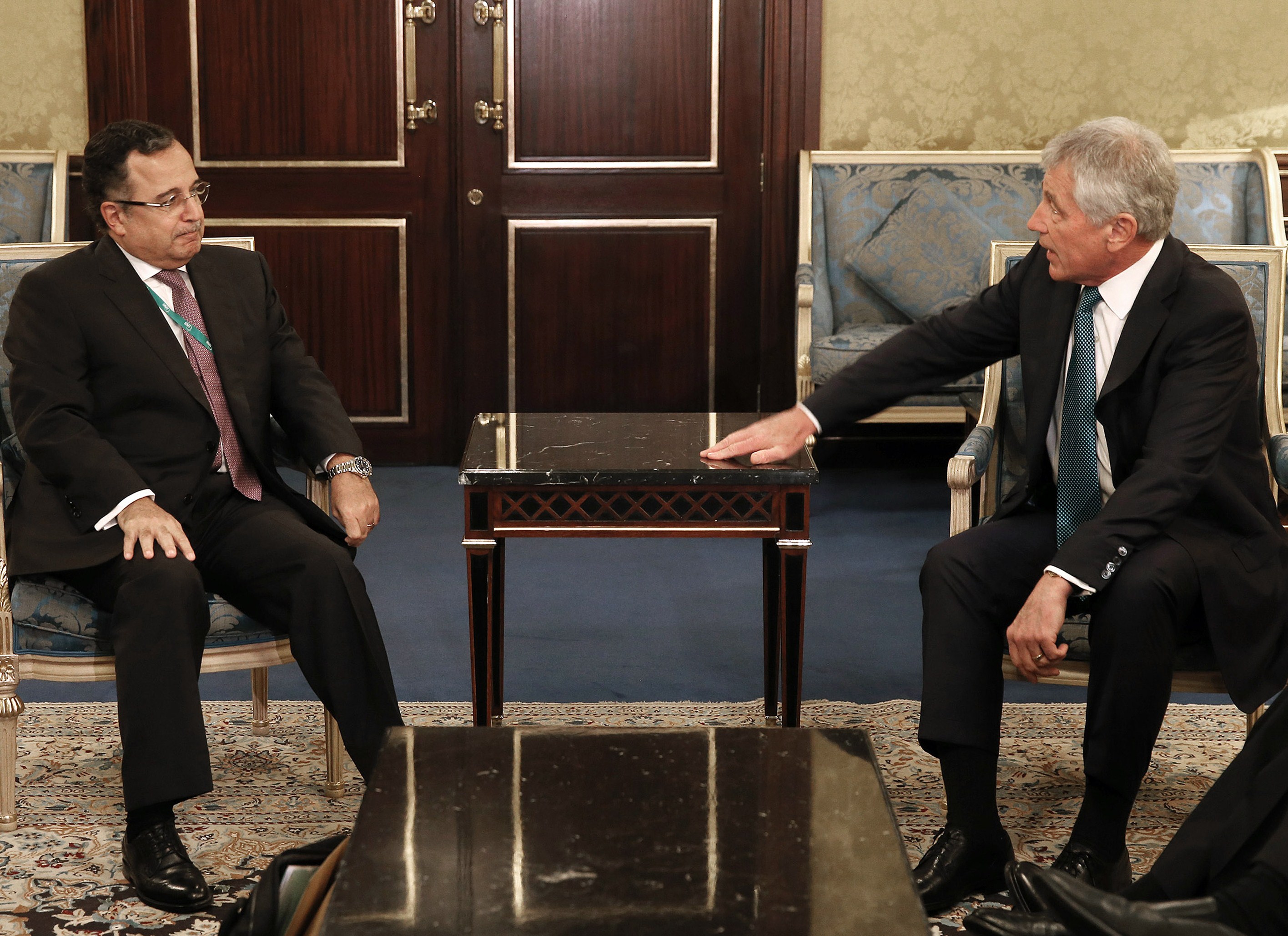 United States Minister of Defence Chuck Hagel expressed support for the interim government’s roadmap in a meeting with Minister of Foreign Affairs Nabil Fahmy on Saturday.

Meeting on the side of the Ninth International Institute for Strategic Studies Manama Dialogue in Bahrain, Hagel and Fahmy discussed “regional and international issues relating to Middle East security” and US-Egyptian relations, according to a statement on Fahmy’s official Facebook page.

Hagel, according to the statement “said after hearing an explanation of internal developments in Egypt that his country supports the roadmap and establishment of a democratic system in Egypt.” He hoped that this would be achieved “with the least possible tension between various political currents.”

Fahmy and Hagel both stressed the importance of the US-Egyptian relationship and to “strive to evolve and improve it.” The relationship has been strained since Washington decided to suspend the delivery of a large portion of military aid to Egypt pending progress towards a democratically elected civilian government.

The US has repeatedly expressed its support for Egypt’s roadmap, which came into effect with the ouster of former President Mohamed Morsi in early July. Despite this support the US has been critical of many actions taken by the interim government such as the dispersal of protests, “politicised arrests”, the extension of the state of emergency, and most recently the controversial Protest Law.

Both Hagel and Fahmy addressed the Manama Dialogue summit on Saturday; Hagel reiterated the US’s call for continued cooperation with Egypt “on matters of common interest”. Fahmy, speaking on regional security, called for a change in the future role of “outside powers” in the region.