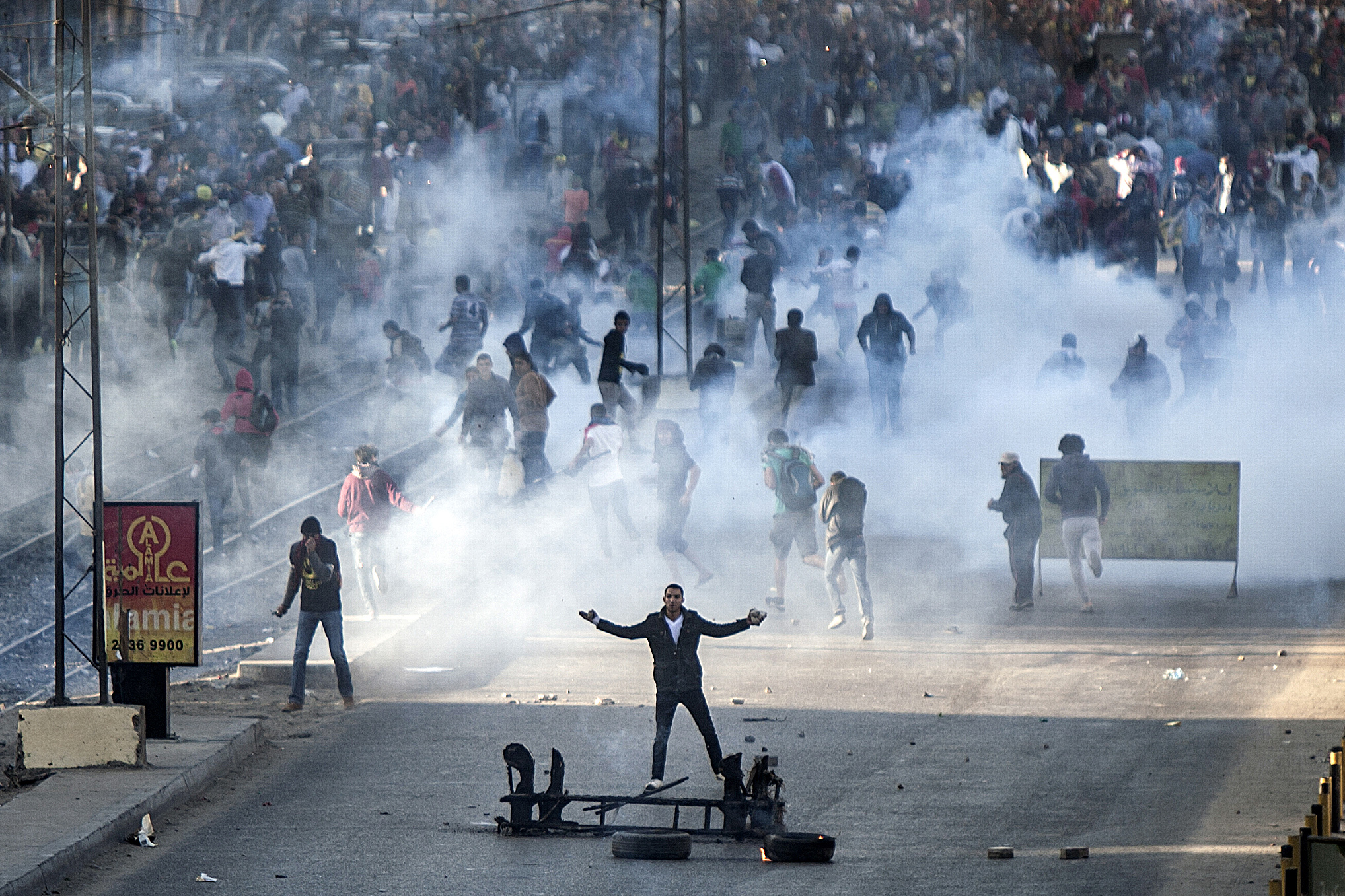 Mohamed Abdel Moneim from Al-Badil newspaper and Ahmed Hendawy from Yqeen News Network were both released on an EGP 200 bail. They were released alongside two other civilians arrested from the same protest, according to the No Military Trials for Civilians movement.

Ali Atef, lawyer from the Arab Network for Human Rights Information (ANHRI) who attended Saturday’s investigation, said the photojournalists’ cameras remain confiscated by security authorities. He added that the authorities are looking into the photos on the cameras to make sure the journalists did not take any unauthorised photos of military facilities or personnel.

A journalist at Al-Badil, who preferred to remain anonymous, was with Abdel Moneim at the time of his arrest. He had earlier denied that Abdel Moneim was inside the Officers’ Club when he was arrested.

Abdel Moneim and Hendawy were assaulted during their arrest. The anonymous Al-Badil journalist had said that a military officer spotted Abdel Moneim while he was taking photos; he dragged him inside the Officers’ Club and assaulted him. He claimed military personnel attacked Abdel Moneim with batons, destroying his camera equipment.

Atef said that Hendawy was shooting the assault against Abdel Moneim. “When the military forces spotted him, they arrested him as well,” Atef added.

Mohamed Fouda, member of the No Military Trials movement, said that according to the current constitutional declaration, the arrest and prosecution of civilians by military authorities is legal.

Article 19 of the constitutional declaration, issued by interim President Adly Mansour in July, gives the military judiciary the jurisdiction to rule on all crimes related to the armed forces, its officers and personnel. The declaration governs the state until a new constitution is issued.

Article 204 of the draft constitution bans military trials for civilians “except in cases which represent a direct assault on armed forces institutions, their camps or anything that falls under their authority, alongside assaults on military or border zones, and military institutions, vehicles, weapons, ammunition, documents, secrets, public funds, or factories.” The article also allows for the military prosecution of civilians who commit crimes concerning conscription or those considered to be a “direct attack on military officers or personnel as a result of carrying out their duties,” leaving the definition of such crimes up to the law.

The No Military Trials for Civilians movement is campaigning against the draft constitution due to the group’s rejection of the above-mentioned article.

“We will keep campaigning against militarily trying civilians,” Fouda said.