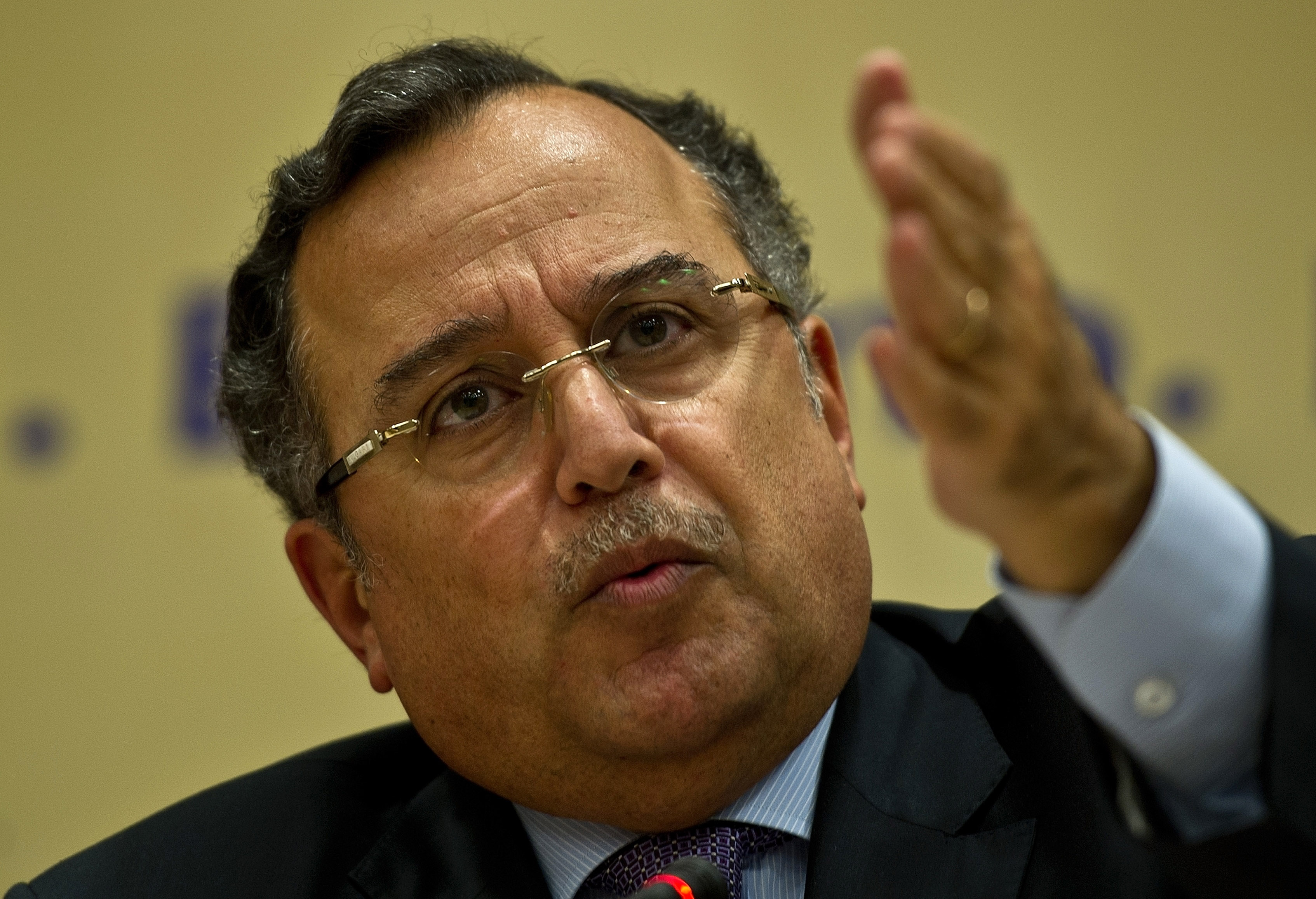 Minister of Foreign Affairs Nabil Fahmy travelled to the Guinean capital to participate in the Organisation of Islamic Cooperation (OIC) Council of Foreign Ministers, which starts on Monday and will last for three days.

Fahmy is expected to address the council during the summit in Conakry and will “present the Egyptian vision about different subjects that fall within the framework of the priorities of the Islamic world,” according to a ministry spokesman.

On the side of the summit on Monday Fahmy met with the Ministers of Foreign Affairs from Palestine and Lebanon as well as the Canadian envoy to the conference and the outgoing Secretary General of the OIC Ekmeleddi Ihsanoglu.

In his meeting with Palestinian Foreign Minister Riad Al-Maliki, Fahmy said in a post on his Facebook page that they discussed the ongoing final status negotiations between the Palestinians and Israelis, “and the importance Israel to cease settlement policies and repeated incursions of Haram Al-Sharif to allow the talks to progress.” Fahmy added that this should “lead to the establishment of an independent Palestinian state with its capital in East Jerusalem, on the borders of 4 June 1967.”

Fahmy is also expected to meet with a more of his counterparts from the 57 member states of the OIC during the three day conference.

The council is expected to discuss a range of issues including the Syrian conflict, the Palestinian issue, refugee issues, “Islamophobia” and the situation of Muslim minorities around the world. The council will also discuss the issues facing the Rohingya Muslims in Myanmar following the visit of an OIC ministerial delegation to assess the situation.