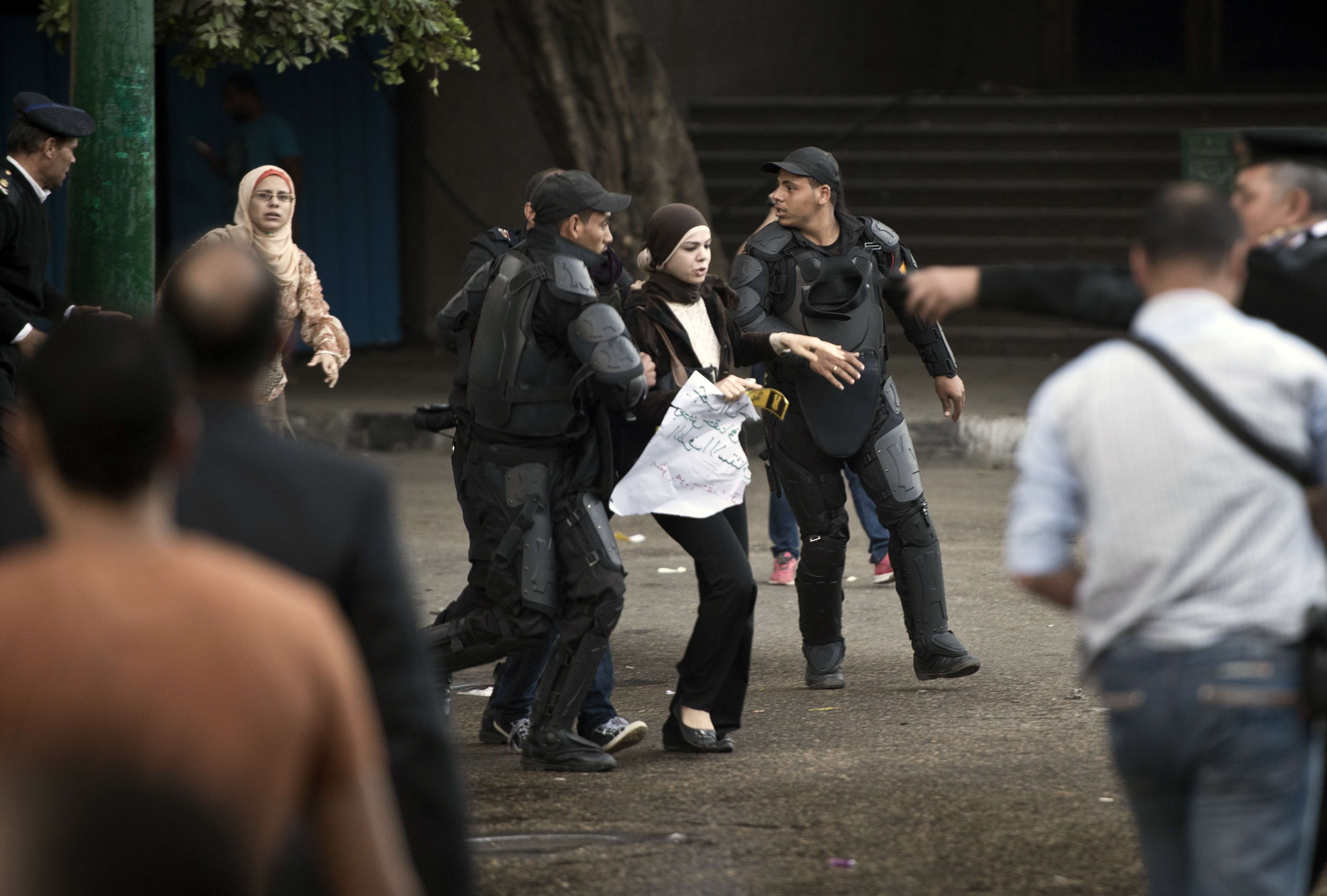 Prominent political activist Alaa Abdel Fatah and 24 others were referred on Monday to Cairo Criminal Court with charges of blocking roads, illegal assembly, protesting without a permit, acquiring melee weapons during a protest, and attacking and injuring a public servant and stealing his personal wireless device, according to Lawyer Mohamed Abdel Aziz.

Egyptian Centre for Economic and Social Rights (ECESR) lawyer Mahmoud Belal said that there was no official decision yet, but the lawyers were verbally informed of the decision by the prosecution.

The incidents date back to 26 November when police forces dispersed a protest organised by No Military Trials for Civilians group in front of Shura Council on Qasr Al-Eini Street.

The precise number of those arrested after the protest is unknown. However, only 24 male detainees faced prosecution and were handed a four-day-detention, while the rest – which include famous female activists such as Abdel Fatah’s sister Mona Seif, lawyers such as Abdel Aziz himself and journalists – were released.

Twenty three of the 24 known as “the Shura Council detainees” were released on EGP 5,000 bail on 4 December. The last of these, Ahmed Abdel Rahman, was not released as he had a melee weapon in his possession during his arrest. Belal had told Daily News Egypt earlier that the weapon was in Abdel Rahman’s possession because he works as a chef. “He is the only one of the detainees who was arbitrarily arrested, and [he] wasn’t part of the protest,” Belal said on 3 December.

Abdel Fatah, meanwhile, was arrested from his home on 28 November despite saying he would turn himself in on 1 December. Abdel Fatah was detained for 15 days on 1 December.

Abdel Fatah has faced jail time previously.  In 2006, he was arrested under former president Hosni Mubarak after demonstrating for an “independent judiciary”.  He was also detained for two months in 2011 under the rule of the Supreme Council of the Armed Forces (SCAF) for allegedly assaulting soldiers during the attacks carried out by army forces against a predominantly Coptic protest outside the Maspero building in October 2011.  He was arrested during former president Mohamed Morsi’s era after the Moqattam clashes on 8 March 2013.