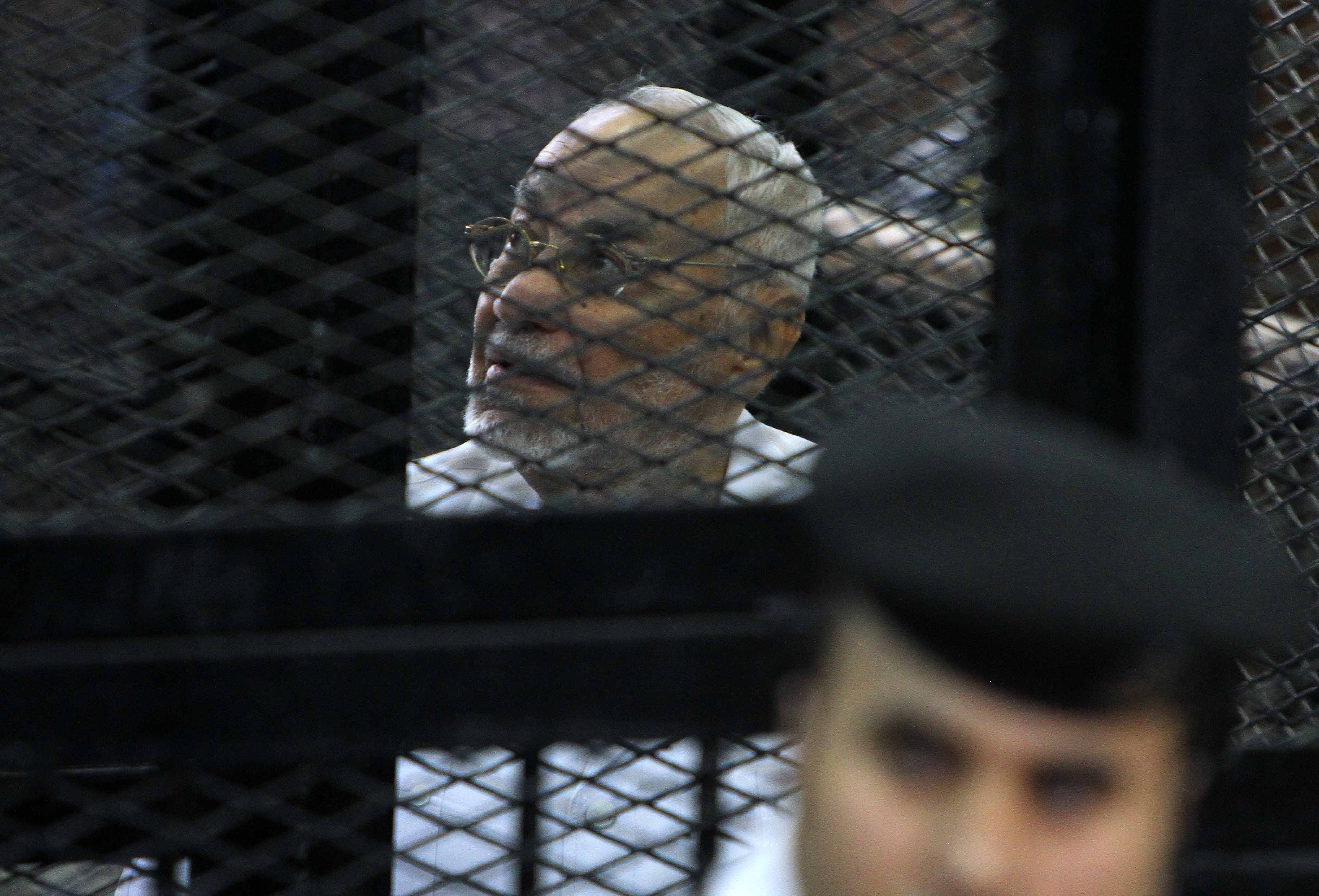 Muslim Brotherhood Supreme Guide Mohamed Badie, his deputies Khairat El-Shater and Rashad Bayoumi are facing, alongside other Brotherhood leaders, the charge of killing protesters amid clashes in front of the group’s headquarters in Moqattam on 30 June and 1 July. The case was referred to the Cairo Appeals Court for reassignment to a different district.

Mohamed Al-Damaty, from the defendants’ legal team, said that the judge has the right to recuse himself without explanation.

“Throughout Wednesday’s session, the defendants repeatedly chanted against military rule, loudly objecting to the circumstances of their trial,” Al-Damaty said. “I believe the judges did not wish to tolerate the chants of the defendants.”

This is the second time a judge has recused himself from this case. On 29 October, Judge Mohamed Amin Al-Qarmouty of the Cairo Criminal Court withdrew from the same case, also citing “distress.” Al-Damaty said that the judge had recused himself then because the defendants failed appear in court twice in a row.

The prominent Brotherhood figures are facing charges of complacency in the killing of protesters in front of the group’s headquarters in Moqattam through incitement  and conspiracy.

“We don’t recognise the deceased in question as protesters,” Al-Damaty said. “They were attempting to break into the Brotherhood’s headquarters.”

Al-Damaty denied the charges his clients face, calling the trial “a political matter disguised under the guise of the Penal Code and the Procedures Law.”