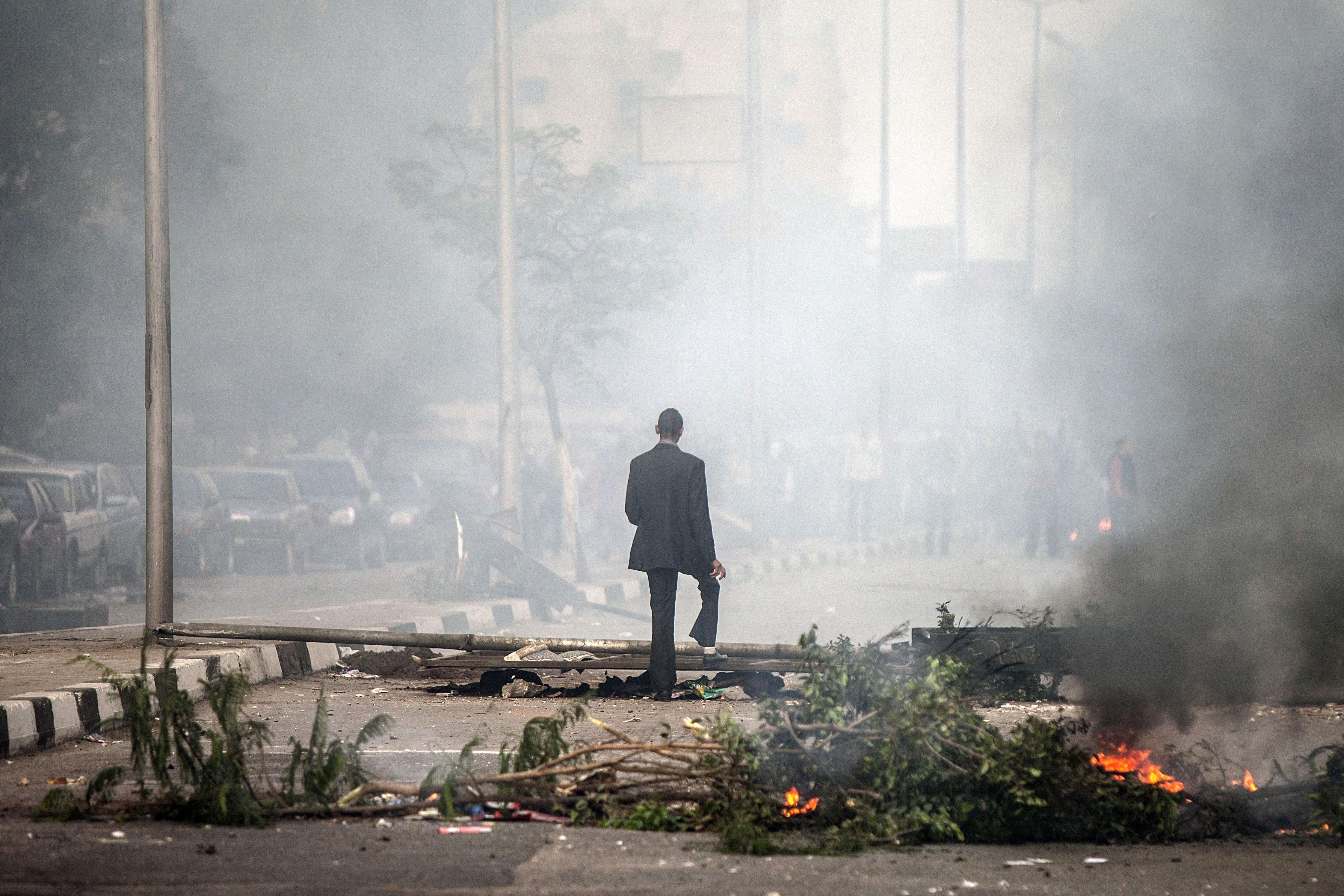 Fourteen people are facing the charge of “protesting without a notice”, among others, upon being arrested in Cairo during two separate incidents which did not involve protesting.

Four young men were arrested in the vicinity of Haram, Giza on Tuesday while putting up posters against the newly-passed and highly-controversial Protest Law.

Karim Abdel Radi, researcher and lawyer at the Arab Network for Human Rights Information (ANHRI), said the four detainees faced prosecution on Tuesday. They were accused of protesting without a notice, stalling traffic and inciting violence. Abdel Radi noted that the detainees were not protesting at the time of their arrest.

In a separate incident, ten Al-Azhar University students were arrested from a coffee shop on Monday; they also face the charge of protesting without a notice, among others.

Abdel Radi said the students were discussing the protests which broke out in Al-Azhar University and the possible steps they can take to see university chairman Osama Al-Abd resign, since they believe he fails to represent the university. He added that they were arrested while in possession of posters against the Protest Law.

The ten students spent the night in Tagammu Police Station, where they were questioned by the Tagammu prosecution on Tuesday. Abdel Radi criticised the questioning of suspects inside police stations rather than at the prosecution. The prosecution ordered their detention for 15 days pending investigations.

The students face charges of possession of unlicenced weapons, stealing weapons which belong to the Ministry of Interior, intentionally vandalising police vehicles, detaining a journalist and stealing his camera, possession of explosives and incendiary materials, disrupting general security, using force and violence and stalling traffic.

Clashes had erupted at Al-Azhar University on Monday morning as a march by the Students Against the Coup (SAC) was intercepted by security forces outside the university campus, resulting in the arrest of at least 48 students. The SAC movement, comprised of students decrying the military ouster of former president Mohamed Morsi, claimed that the march was attacked by security forces before it advanced outside campus.

The Ministry of Interior said in a statement released on Monday that around 200 Al-Azhar students belonging to the Muslim Brotherhood blocked the road outside the university campus and stalled traffic. The ministry accused the protesting students of attacking citizens and police forces with rocks and Molotov cocktails, adding that the “students vandalised three police vehicles and injured several security personnel”.

Abdel Radi denied the existence of any evidence which proves the arrested students’ implication in the violence which took place on Monday. He added that they all belong to student movement and therefore play an active role in student activities, adding that it is likely they had joined Monday’s protest on behalf of the political movements they represent.

Mohamed Menady, from the Ministry of Interior’s media office, said that those who take part in “acts of rioting” do not necessarily get arrested during the violence.