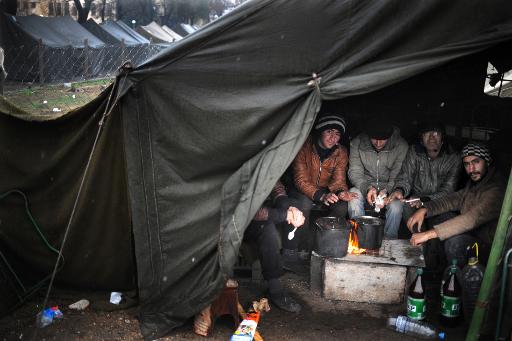 In a briefing entitled; “An international failure: The Syrian refugee crisis”, the charity states that European Union (EU) member states have only offered around 12,000 places to Syrian refugees as part of the United Nations High Commissioner for Refugees’ goal of securing 30,000 places.

“The EU has miserably failed to play its part in providing a safe haven to the refugees who have lost all but their lives,” said Amnesty Secretary General Salil Shetty.

“The number of those it’s prepared to resettle is truly pitiful,” he added.

He called upon EU leaders to open their borders, provide safe passage to those seeking refuge, and refrain from “unlawful push-back operations” currently being employed to stop refugees entering the continent.

Only 10 EU member states offered resettlement or humanitarian admission places to refugees from Syria, according to the report.

Eighteen EU member states — including the UK and Italy — have pledged no places, said the London-based charity.

Amnesty claims that the low chance of being granted asylum is forcing refugees to risk their life by undertaking dangerous boat and land crossings.

The report contains an account given by Awad, a 17-year-old from Damascus, whose boat loaded with around 400 asylum seekers sank in the Mediterranean while on its way to Italy.

Awad, whose mother died in the accident, escaped through a window, but described how he saw people clinging to dead bodies and boat wreckage to stay afloat.

“I have no idea where my family are,” he said.

“I used to have ambition but now I have lost my mother, I don’t want anything, I just want stability, everything else is second to that.”

The report claims that those who make it to Europe are often mistreated.

“In two of the main gateways to the EU, Bulgaria and Greece, refugees from Syria are met with deplorable treatment, including life threatening push-back operations along the Greek coast, and detention for weeks in poor conditions in Bulgaria,” it said.

One refugee described how he and his group were abused by the Greek coastguard near the island of Samos in October.

“They put all the men lying on the boat; they stepped on us and hit us with their weapons for three hours,” he explained.

“Then at around 10 in the morning, after removing the motor, they put us back to our plastic boat and drove us back to the Turkish waters and left us in the middle of the sea.”

In Bulgaria, Amnesty said it had found refugees “living in squalid conditions in containers, a dilapidated building and in tents.”

“It is deplorable that many of those that who have risked life and limb to get here, are either forced back or detained in truly squalid conditions with insufficient food, water or medical care,” said Shetty.

Around 55,000 Syrian refugees have managed to get through and seek asylum in the EU, said the report.

Some 97 percent of Syria’s refugees — estimated by Amnesty to be 2.3 million in total — have fled to five neighbouring countries: Lebanon, Jordan, Turkey, Iraq and Egypt since fighting began.

The conflict, which has killed an estimated 126,000 people and driven millions from their homes, was sparked when the regime of President Bashar al-Assad launched a crackdown after a series of pro-democracy protests in March 2011.